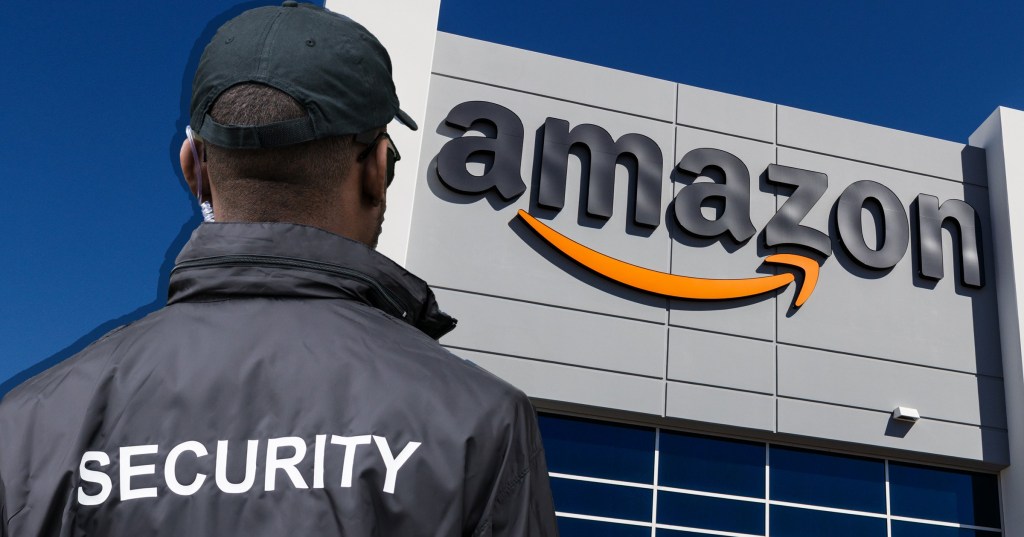 The security guard claimed he was being harassed and ‘ridiculed’ by his colleague over his height (Picture: Getty Images)

An Amazon security guard sued for harassment after claiming he was being ‘ridiculed’ for his height.

Christian Ononye said his colleague compared him to the famously short Gary Coleman by pinning a picture of the 1980s child star to the wall at work.

But the case was thrown out after a tribunal concluded because the picture in question only featured Mr Coleman’s head and shoulders, it could not have been used to mock his height.

Mr Coleman was known for playing the role of Arnold Jackson in the sitcom Diff’rent Strokes, with his iconic catchphrase: ‘Whatcha talkin bout Willis?’

The popular show about two African-American boys being taken in by a rich white man ran for eight series and 189 episodes between 1978 and 1986.

The actor suffered from a condition known as focal segmental glomerulosclerosis, an autoimmune disease that alters the kidneys. As a result, he stopped growing at a height of 4ft 8in.

During the tribunal, Mr Ononye told the court a fellow agency worker at the site had ‘ridiculed’ him by ‘pinning up a picture of a person of small stature’.

The colleague pinned a picture of Gary Coleman’s head and shoulders up on a wall at work (Picture: WireImage)

Mr Ononye also alleged he had been racially abused by a colleague over a radio. He accused the colleague of saying ‘Christian, speak to me in English’, but the tribunal found none of the other workers heard this.

The worker complained about the incident to site security manager Richard Unitt and got the picture removed, although the tribunal heard Mr Unitt did not know who printed the picture or put it up because there was no CCTV coverage in the area.

Mr Unitt repeatedly criticised Mr Ononye for his poor timekeeping – which he alleged was due to a faulty car battery – and subjected him to searches on no fewer than eight occasions after suspecting him of stealing from the company.

After refusing to empty his pockets on one occasion, Mr Ononye was sacked following a disciplinary meeting and sued his employers for race discrimination, harassment and unfair dismissal.

But all of his claims were eventually rejected by the tribunal.

Of the Gary Coleman claim, Judge Robin Postle said: ‘[Mr Ononye] took offence at this, believing he was being made the subject of ridicule because of [his] height. Apparently Mr Coleman was of short stature.

‘The picture does not in any way show that Mr Coleman is of diminished stature.’

And of his eventual sacking, the judge said the company was within its rights to regard a refusal to be searched as gross misconduct.

For more stories like this, check our news …read more

Meet Lea, a single mum and the owner of a mega successful business launched in lockdown (Picture: Lea Turner) Lea Turner, a 37-year-old single parent, is chatting with her six-year-old son, Dexter, while lovingly decorating her home, bought in March this year. They talk about his new private school, where he is thriving, having qualified […]

One source said ‘he was told it would look terrible’ (Picture: PA /Getty Images / Reuters) Boris Johnson planned to build a £150,000 treehouse at Chequers for his son Wilf but plans were rejected over security concerns. Despite the cost of living crisis, the prime minister and his wife Carrie Johnson wanted to build the […]

Aisling Bea styles out luggage disaster by rocking dressing gown on Jimmy Kimmel: ‘Luckily the hotel had this free dress’

Aisling Bea has proven that nothing, and we mean nothing, can get in the way of her living out her talk show dreams, after she appeared on Jimmy Kimmel Live! in a dressing gown and slippers. She’s an icon, she’s a legend and she truly is the moment. The comic and actress suffered a disaster […]