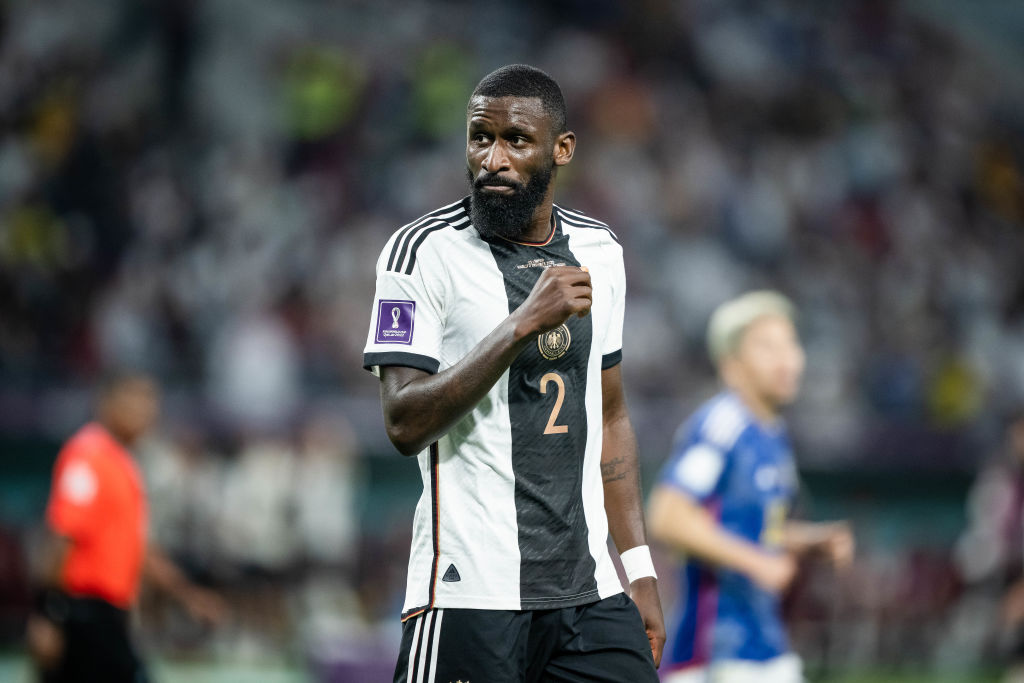 Japan inflicted a shock 2-1 defeat on Hansi Flick’s side, who now must beat Spain on Sunday if they’re to keep their World Cup dreams alive.

Germany took the lead from the spot when Ilkay Gundogan scored a penalty but Japan hit back with goals from Ritsu Doan and Takuma Asano.

It came after Rudiger was accused of mocking his opponents when the Germans were ahead 1-0.

The former Chelsea defender was chasing down a long ball into the corner when he ‘galloped’ as the ball ran out of play.

Chelsea and Real Madrid fans will be used to the German’s strange movements but many felt he was disrespecting Japan.

‘I’ve got to say, I don’t know if you saw big Rudiger at 1-0, he outpaced somebody then gave it the big high horse kicking legs,’ McCoist said.

‘I just thought to myself ‘There is something beautiful about it.’

To view this video please enable JavaScript, and consider upgrading to a web browser that supports HTML5 video Strictly Come Dancing’s Shirley Ballas has shared how she once had to compete against her ex-husband with her then-partner during an international dance competition. The head judge, 62, was previously married to professional dancer Sammy Stopford, until […]

Disabled man hit with £4,000 energy bill felt like he was ‘being mugged’

Bills are going up for everyone – but this is something else (Picture: PA) A disabled man has described getting his £4,000 energy bill as like ‘being mugged’. Christopher Barnes’ electricity costs soared without explanation this month, up from less than £60 in October. The 58-year-old from Newcastle was sent the steep demand for payment […]