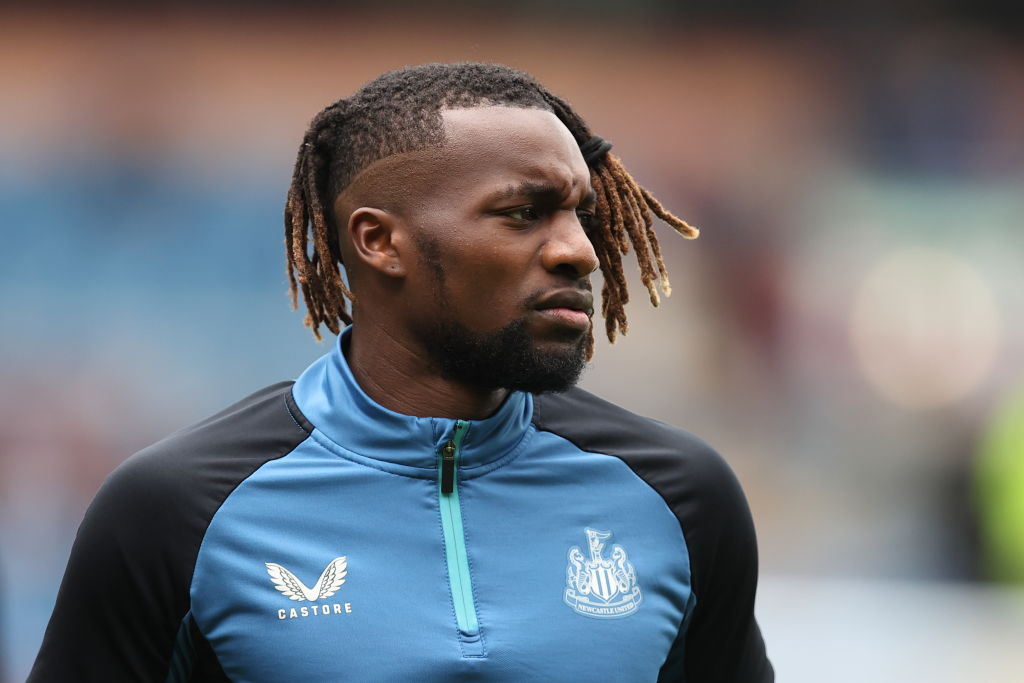 Newcastle fear they could be forced into selling Allan Saint-Maximin after the winger ‘had his head turned’ by interest from Chelsea and Tottenham.

The £40m winger is a fans’ favourite in the north-east and the 25-year-old enjoys life at St James’ Park.

However, his performances have attracted attention from the likes of Chelsea and Tottenham.

Despite Newcastle’s new-found riches, the Magpies are wary of breaking Financial Fair Play rules and they will attempt to keep spending to around £100m this summer.

Some squad members had expected bumper pay-rises following the takeover of the club but the Magpies are still easily beaten on salaries by members of the top-six and Saint-Maximin knows he can double his wages with a move to London.

Chelsea and Tottenham have both enquired about the Frenchman and according to the Daily Mail, the winger’s head has ‘been turned’.

The Magpies hope to convince the winger to stay by making significant additions to the squad.

Nick Pope is set to arrive after the Magpies agreed a £12m deal with Burnley for the England stopper.

The Magpies are close to agreeing fees for Lille’s Sven Botman and Hugo Ekitike of Reims but their remains some going to convince the pair to move to the north-east.

Beyonce put ‘2 years of love’ into new album Renaissance, according to her mum Tina Knowles

Beyonce’s mum Tina (R) considers herself an excited ‘fan’ of her daughter’s too (Picture: Kevin Mazur/WireImage) Beyonce put ‘two years of love’ into her upcoming album Renaissance – her first album release in six years – according to her mum, Tina Knowles. Global superstar Beyonce has just dropped the first single from Renaissance, Break My […]

Amber Heard’s Dateline interview airs tonight on NBC (Pictures: NBC News / Reuters) Amber Heard has challenged Johnny Depp to do his own sit-down interview ahead of her upcoming Dateline chat. The Pirates of the Caribbean actor, 59, won his defamation trial against his ex-wife this month, over a 2018 op-ed she wrote in the […]

Teresa Bruce slept at the airport and had to get home via Edinburgh (Picture: Mirrorpix) A holidaymaker has hit out at Ryanair for refusing to let her fly when her hand luggage was ‘too big’. Teresa Bruce, 63, managed to get to Benidorm without any problems but while queuing for the return flight to Prestwick […]