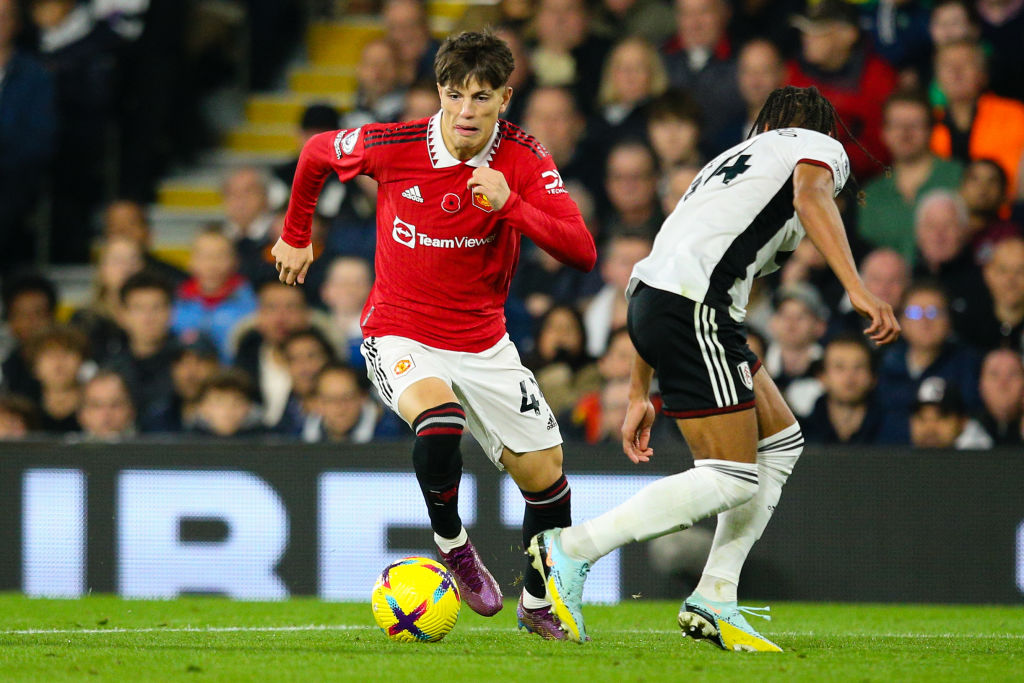 Alejandro Garnacho is eager to nail down Manchester United’s left winger role as his own despite intense competition for that spot at Old Trafford.

The 18-year-old sensation provided a new threat for the club heading into the World Cup break in favoured role on the left of attack.

After scoring his first goal for the club away to Real Sociedad in the Europa League, he came off the bench to provide two assists in the Carabao Cup victory over Aston Villa.

He crowned that run of form with a last-gasp winner against Fulham, giving Erik ten Hag a selection headache for when United resume their campaign in late December.

Jadon Sancho began the season starting on the left after a bright pre-season but lost his place in the side in October having also struggled with illness.

Marcus Rashford, while also operating as a centre forward this season, has excelled coming in from the left.

But despite the abundance of options, Garnacho hopes to continue in his favoured rule.

‘From an early age, I’ve always practiced hard using both feet, because that makes you into a much better player and so nowadays I can play with both feet – not to perfection but to a good standard.

‘Thankfully I was able to score those two goals with my other foot without too much difficulty.’

Garnacho was named United’s Player of the Month for November and having the won the faith of Erik ten Hag, insists he doesn’t ‘want to take a backward step’.

‘Erik Ten Hag is a very good manager and, above all, he’s a great person,’ Garnacho said. ‘He always pays very close attention to us all, and helps us a great deal, especially the young players.

‘I’ve had to keep working hard until that moment came where I was given my opportunity. For the moment, I’m making the most of the opportunities he’s giving me.

‘I don’t want to take a backward step from here, I’d like to appear regularly in the team and keep going in the same way.’

As we made our way to the venue, my friend Hoppo and I told Chas what to expect, what to look out for and what not to do.  This wasn’t our first rodeo. It was our second. Chas, a friend of ours, had just broken up with his girlfriend after eight years together. When the […]

Model mum and daughter looked scene in new underwear shoot (Picture: Courtesy of Intimissimi/MEGA) Heidi Klum, 49, and her 18-year-old daughter Leni slipped into sheer lingerie for an recent photoshoot that proved the youngster well and truly inherited her mum’s model genes. The international model perched on one side of the stool she shared with […]