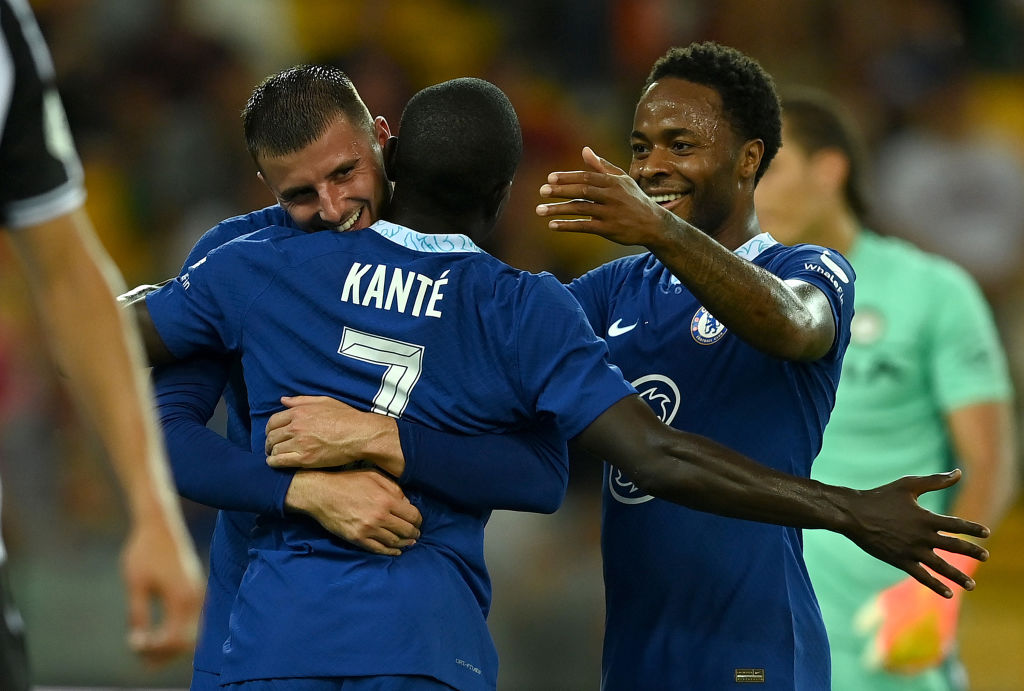 Chelsea are just ‘three or four’ signings away from challenging for the Premier League title, according to Alan Shearer.

The Blues confirmed the signing of defender Marc Cucurella from Brighton on Friday in a deal worth £63m.

It has been a busy summer for Thomas Tuchel’s side, who have brought in Raheem Sterling from Manchester City and Napoli centre-back Kalidou Koulibaly.

Antonio Rudiger and Andreas Christensen have left the club while Romelu Lukaku has been sent to Inter Milan on a season loan as Tuchel shakes up his squad ahead of the new season, looking to improve on third place last time out.

The west London side are under fresh ownership, with Todd Boehly taking over from Roman Abramovich as a new era at Stamford Bridge begins.

Legendary striker Shearer feels that Chelsea could challenge the likes of City and Liverpool for the Premier League title in 2022-23 if they bring in more new faces.

‘Chelsea just don’t carry the same attacking threat,’ Shearer told the BBC. ‘They were really disappointing in the league last year, as was their £97m striker Romelu Lukaku.

‘Lukaku has left on loan now and, although Raheem Sterling is a good buy and Carney Chukwuemeka is an exciting prospect, I still think they are three or four signings away from challenging for the title again.

‘Without a doubt, centre-forward is one of the positions where they are short, with three weeks to go before the window closes.’

Their season gets started on Saturday when they travel to face Frank Lampard’s Everton.

MORE : What to look out for on the opening weekend of the Premier League

This Is Going To Hurt was an unflinching portrait as life as a doctor (Picture: Sister) Author and former doctor Adam Kay has paid a touching tribute to This Is Going To Hurt character Shruti Acharya (Ambika Mod) after being inundated by fans. The BBC drama, adapted from the 42-year-old’s book of the same name, […]

Bernardo Silva is keeping his options open this summer (Picture: Getty Images) Bernardo Silva has been strongly linked with a move from Manchester City to Barcelona this summer and he has done little to quell that speculation with his latest comments. The 28-year-old has been at City since joining from Monaco in 2017, winning four […]