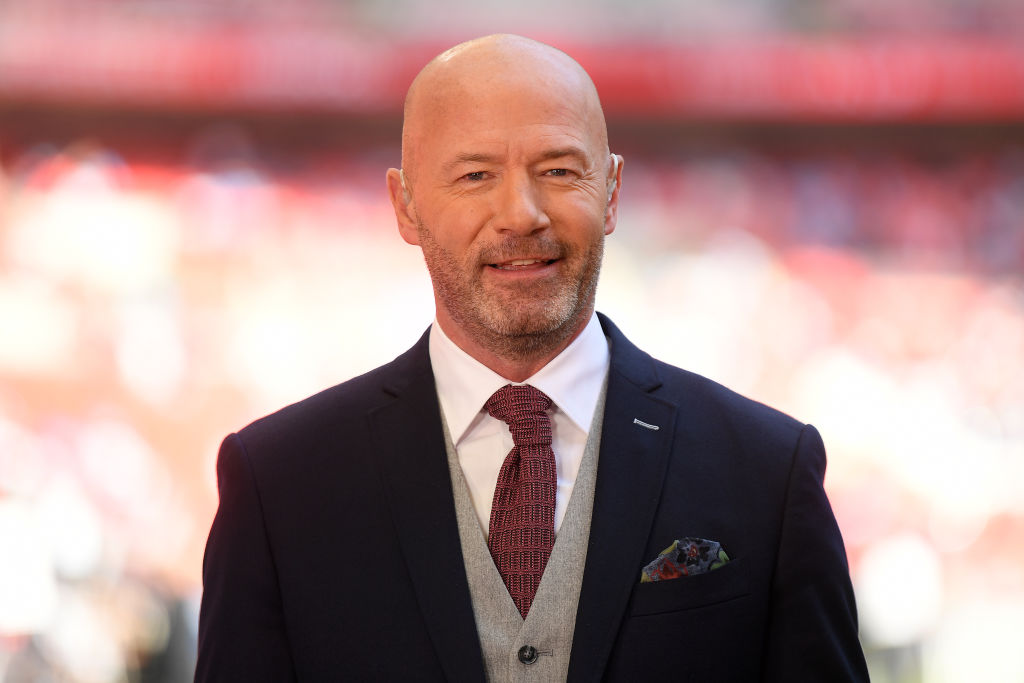 Alan Shearer has lauded Arsenal star Oleksandr Zinchenko for ‘pulling the strings’ against Manchester United and singled out two Gunners for praise.

Mikel Arteta’s side beat United 3-2 on Sunday thanks to Eddie Nketiah’s 90th-minute winner to go five points clear at the top of the Premier League.

Arsenal also have a game in hand over second-placed Manchester City and could extend their lead to eight points as they look to lift the title for the first time since 2004.

The 26-year-old moved to north London this summer in a £32m deal from Pep Guardiola’s City and has impressed over his opening 15 appearances.

‘Nominally a left-back, in reality he was here, there and everywhere,’ Shearer told the Premier League website about Zinchenko’s performance against United.

‘[He] pulled the strings for Arsenal in this five-goal thriller.’

What do you make of his choices? pic.twitter.com/11cPvNEp0M

‘Arsenal are missing Gabriel Jesus less with every match,’ Shearer said about Nketiah. ‘[He] stepped up again with two goals in a massive win for the Gunners.’

Quizzed about Saka, Shearer added: ‘[It is] hard to believe he’s still only 21. Man Utd simply couldn’t handle him. [He] scored one and was unlucky not to get a second.’

Shearer crowned Arteta as his Manager of the Week and said: ‘[He] racked up another win against a big rival. His team are fearless, tactically aware and playing brilliant football.’

Arsenal return to action on Friday as they face City in the FA Cup fourth round with their next top-flight game coming against struggling Everton.

Shearer named two City players in his Team of the Week – Erling Haaland and Kevin De Bruyne – following their 3-0 victory over Wolves.

Houseboat weighed down by cans of Carling sinks

Pints were truly sunk. (Picture: MEN Media) A houseboat weighed down by beer bottles and Carling cans has sunk in Salford, Greater Manchester. Firefighters used an underwater camera to inspect the inside of the boat and discovered the array of alcoholic beverages. They also determined that no-one had been inside at the time of the […]

Your PJs are an ‘ideal breeding ground for bacteria’, this is how often you should wash them

Vintage wicker basket with laundry isolated on white background (Picture: Getty Images/iStockphoto) For those of us who are put together enough to wear pyjamas to bed, instead of being lazy and stripping off, there’s an important question. How often should you be washing your PJs? We’re going to make an educated guess and say you’re […]

The infamous scene has been recreated in various different ways to try and get an answer (Picture: 20th Century Fox/Paramount/Kobal/REX/Shutterstock) As Oscar-winning blockbuster Titanic celebrates 25 years since it was released, James Cameron has conceded that there is a very small chance that Jack could, in fact, have survived on the door with Rose. It’s […]