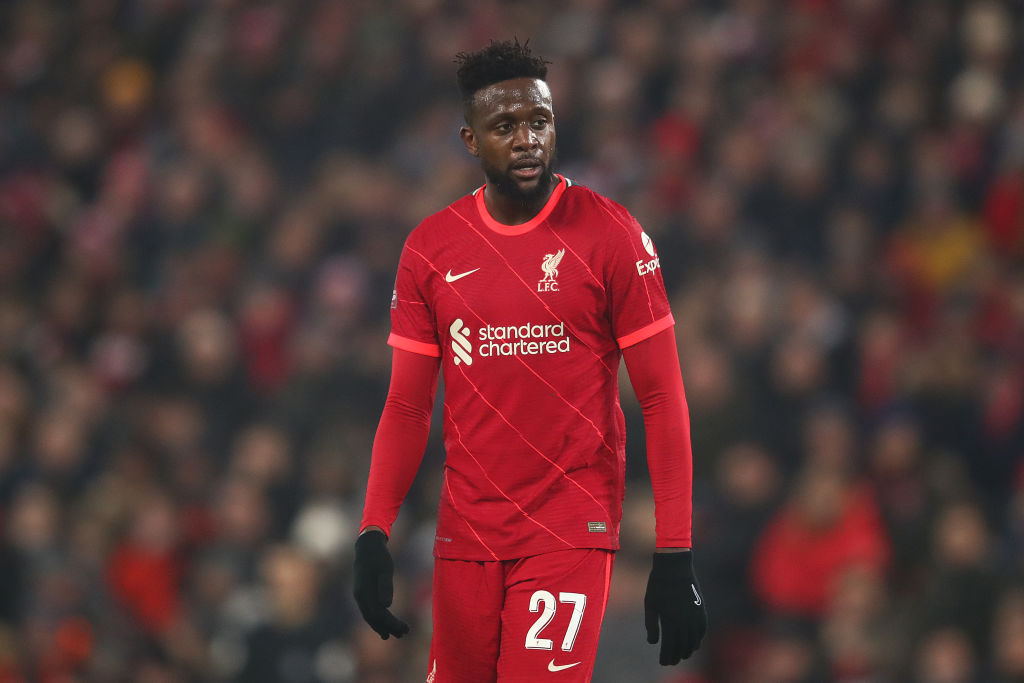 AC Milan will make Liverpool striker Divock Origi an offer to join the club this summer.

Origi, 27, is out of contract at the end of the season and is set to leave Anfield in a search for more game time.

Milan are looking for younger options up front with Olivier Giroud, 35, and Zlatan Ibrahimovic, 40, their main two centre-forwards this season.

According to Gianluca di Marzio, the Serie A side have already spoken to Origi’s team and have requested the Belgian sign up with them for next term.

Over the years, Origi has scored important goals for the Reds inclduing a stoppage-time winner against Everton in the Premier League in 2018.

The Belgian also bagged two for Liverpool in their 4-0 comeback triumph over Barcelona in the Champions League in 2019.

However, since arriving at Anfield in 2014, he has spent the majority of his career as a bit-part player.

Often coming on off the bench in his early years, Origi has featured just six times in the Premier League this season.

Meanwhile, the arrival of Luis Diaz in January has further curtailed his opportunities at Liverpool.

As it stands, he is sixth in the pecking order behind Mohamed Salah, Sadio Mane, Diogo Jota, Roberto Firmino and Diaz.

Speaking after the striker scored in 2-0 victory over Everton last month, Jurgen Klopp predicted Origi to ‘explode’ at his next club.

He said: ‘We will never miss a player like him because if he leaves, he will explode wherever he goes. He is a world class striker, he is a legend and will stay a legend forever.

‘He doesn’t always make the squad which is ridiculous, but he is there when we need him every time.’

In eight years at Liverpool, Origi has made 174 appearances and scored 41 goals.

He has lifted the Premier League, Champions League, FA Cup and League Cup with the Merseyside giants.

John Stape may be heading to a bookshelf near you (Picture: ITV) There were several shocks for Fiz (Jennie McAlpine) in tonight’s Coronation Street, starting with a phone call from Phill (Jamie Kenna) while she was at work: daughter Hope (Isabella Flanagan) had gone on a rampage at the controls of a digger and smashed […]

Aaron Ramsdale was ‘ridiculed’ but can now ‘laugh’ at his critics, claims Ian Wright

Ramsdale faced criticism immediately after signing for Arsenal (Picture: Getty Images) Ian Wright says Aaron Ramsdale is now able to ‘laugh’ at those who criticised him upon his arrival at Arsenal in the summer. The Gunners splashed out £30million to sign the goalkeeper from Sheffield United in the summer, with the deal splitting opinion among […]