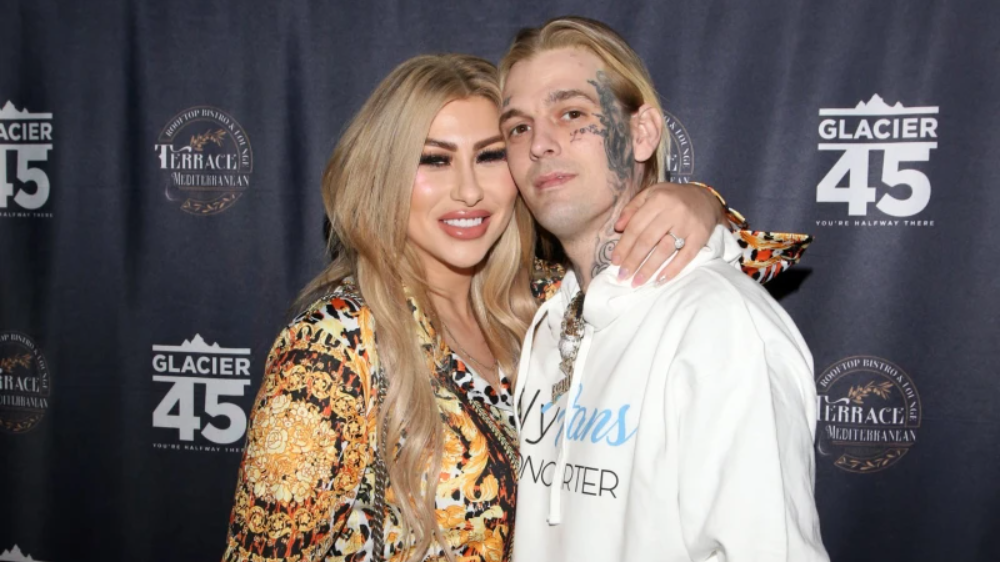 The US child star’s shock death came after he was found at his home in California earlier this month, aged 34.

An investigation into Carter’s cause of death is still ongoing.

Following the tragic news, Martin issued a statement, saying she ‘knew he was struggling’, following his highly-publicised battles with mental illness and addiction.

Martin, who was engaged to Carter until their split in February 2022, said her ‘heart is completely broken’ after trying ‘everything to help him.’

She added to People: ‘I will now be raising our son as a single mother and this is the worst day of my life, but I have to be strong for our son. I’m devastated.’

The former couple had a tumultuous relationship after going public with their romance in January 2020, but they welcomed their son, Prince Lyric, in November 2021.

However, the LA County Department of Children and Family Services reportedly got involved and had Prince removed from their home, and he’s been living with Martin’s mother since September.

Celebrating Prince turning one, Martin put on a party and ensured to pay tribute to Prince’s father.

The family enjoyed an outing at Chuck E. Cheese in Costa Mesa, California which had been decorated with balloons and a picture memorial for the late star.

Martin later let off balloons into the night sky in tribute to her ex, writing alongside the pics: ‘Have to be strong for our son’.

An investigation into Carter’s cause of death is ongoing (Picture: Getty)

In a separate post, Martin shared a video of a billboard in New York City’s Times Square, which had been specially displayed for the I Want Candy hitmaker.

‘Happy Birthday Prince ! Words can’t explain how I feel rn thank you for all the love and support. I ask everyone to keep a positive attitude take a moment light a candle 🕯️ and play your favourite song by Aaron Carter! We all appreciate you so much! [sic]’, she wrote in her caption.

Following Carter’s death, it came to light that he had not made a will.

Therefore, the State of California must decide whether young son Prince will inherit his estate.

Scarlette Douglas opened up on the ‘devastating’ diagnosis (Picture: ITV/Shutterstock) I’m A Celebrity…Get Me Out Of Here star Scarlette Douglas has spoken out on her A Place In The Sun co-star Jonnie Irwin’s ‘devastating’ terminal cancer diagnosis. Jonnie, 49, recently revealed that he had been given ‘months to live’ and said he knew his sons […]

The men – including one who appears to be barefoot – on the ship’s rudder before being rescued by the Spanish coastguard (Picture: Reuters/Salvamento Maritimo) Three stowaways travelled 2,000 miles in the Atlantic from Nigeria to the Canary Islands – huddled on the rudder of an oil tanker for 11 days. They were rescued from […]

Katherine Ryan dated someone who once ejaculated on her face while she slept: ‘He thought it would be sexy’

Katherine Ryan has opened up about abusive behaviour (Picture: PA) Katherine Ryan has spoken about a vulgar incident in which a man she was dating ejaculated on her face while she slept. The Canadian comedian was the latest subject of Louis Theroux’s Interviews, which aired on Tuesday night. In it, she shared her experience of […]