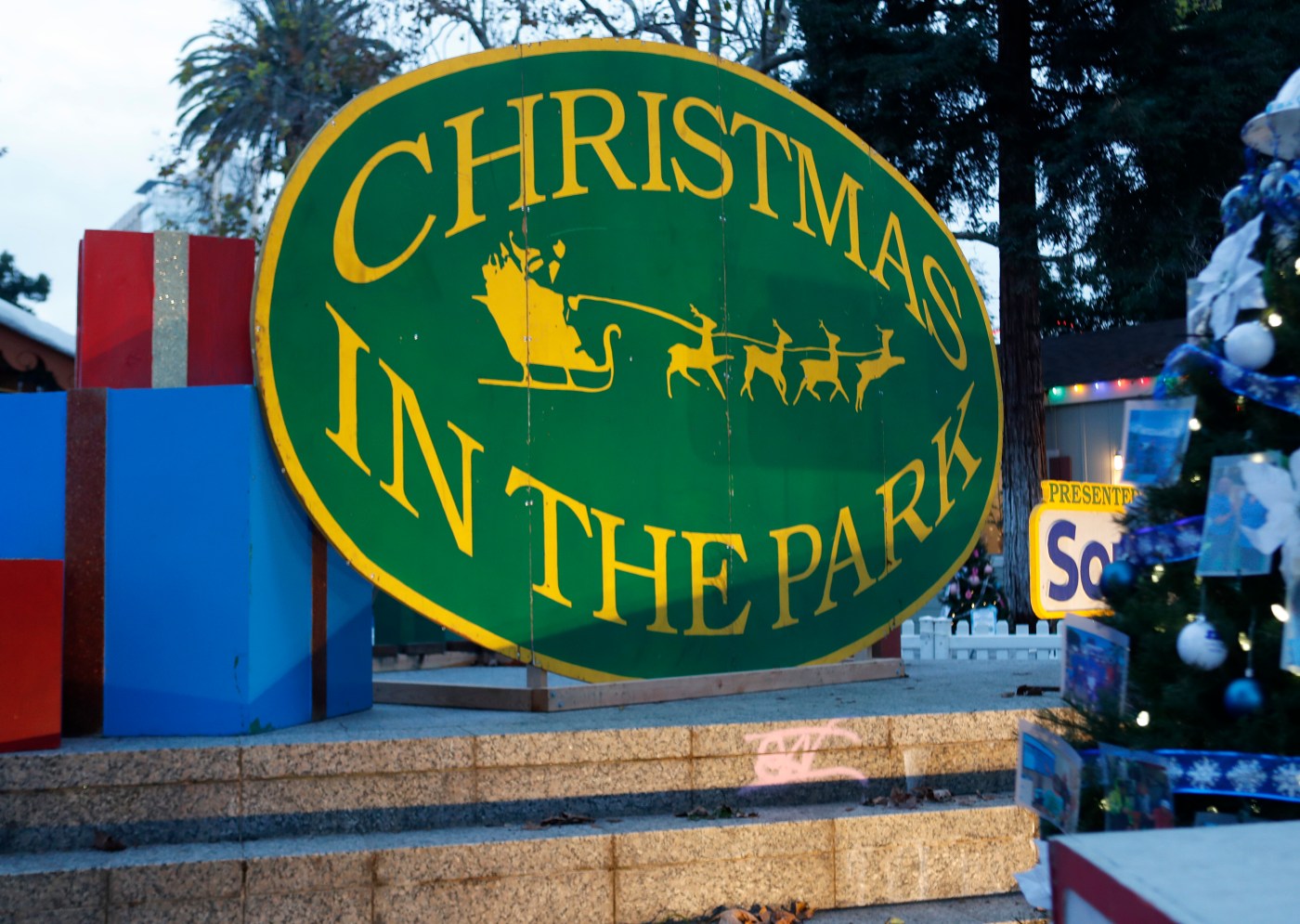 It might seem a bit early to start thinking about Christmas, but don’t tell that to Jason Minsky, the executive director of Christmas in the Park. San Jose’s beloved holiday tradition — and all the changes being forced upon it by COVID-19 — are about all he’s thinking about right now.

Instead of a stroll through downtown’s Plaza de Cesar Chavez, Christmas in the Park will instead be a drive-through event at History Park on Senter Road. And — like the annual Fantasy of Lights show at Vasona Park — you have to reserve a day and time to visit in advance. Tickets went on sale Tuesday.

So how much will it cost? It’s $20 per vehicle — and just standard-sized cars and trucks are allowed — from 5 to 10 p.m., and $10 during “twilight hour” between 4 and 5 p.m. Reservations are in 15-minute windows, with hundreds of cars able to visit in a single day.

On top of the regular Christmas in the Park displays, the historic and replica buildings at History Park also will be decorated, along with the illuminated replica of the San Jose Light Tower. There will be light tunnels, giant snowflakes and hundreds of decorated trees, with the whole visit choreographed to music. Santa Claus will be around, too. However, there’s no option to visit during the day due to the emphasis on illuminated displays.

Christmas in the Park is charging for the first time in its 41-year history because the coronavirus pandemic resulted in a loss of sponsorship revenue, not to mention the lost vendor and ride money it would have taken in during a normal year. Minsky says the nonprofit that stages the event needs to be financially strong to come back in 2021.

Understanding not all families can afford the admission, Minsky said tickets also are being distributed through nonprofit partners including Somos Mayfair and Catholic Charities. People can also donate to sponsor another car when they purchase a ticket. Get more information and reserve a spot at www.christmasinthepark.com.

HISTORY MATTERS: Former Santa Clara County Supervisor Blanca Alvarado — who has made plenty of history of her own — pointed out that Post Street in downtown San Jose has been notable for more reasons than I mentioned in my Sunday column.

In the late 1940s, the street was home to Guadalajara Bakery — which was there for decades later — and also the first after-school recreation center for Latino youth going to San Jose High. Jose J. Alvarado — whom Blanca married in 1953 — also started a broadcasting studio and record shop on Post Street, from which he hosted a bilingual radio program on KLOK that drew audiences as far south as Fresno and north to Sacramento.

“Although the transmitters were on King Road, the programs …read more

Celebrity chef Cat Cora claims her ex-wife is making her life “a living hell” and wants to destroy her “at any cost.” Cora, 53, made those claims about ex-wife Jennifer Cora in an interview and in a petition she filed Sept. 2 seeking a domestic violence restraining order, Page Six reported. The petition was filed […]

Miss Manners: Should I pretend I don’t know who’s calling?

DEAR MISS MANNERS: When I receive a call on my cellphone, most of the time it is from someone in my electronic phone book, so the name of the caller appears on my screen as the phone is ringing. What is the proper thing to do when answering such a call? Just say “hello” as […]

Ask Amy: This episode of “The Brady Bunch” never aired

Dear Amy: My husband and I married 16 years ago. He has two sons and I have a son and daughter. We were not the Brady Bunch, but I truly tried. My stepsons have been involved in narcotics since they were middle-schoolers. Today they are both near 30, on methadone, and have been able to […]