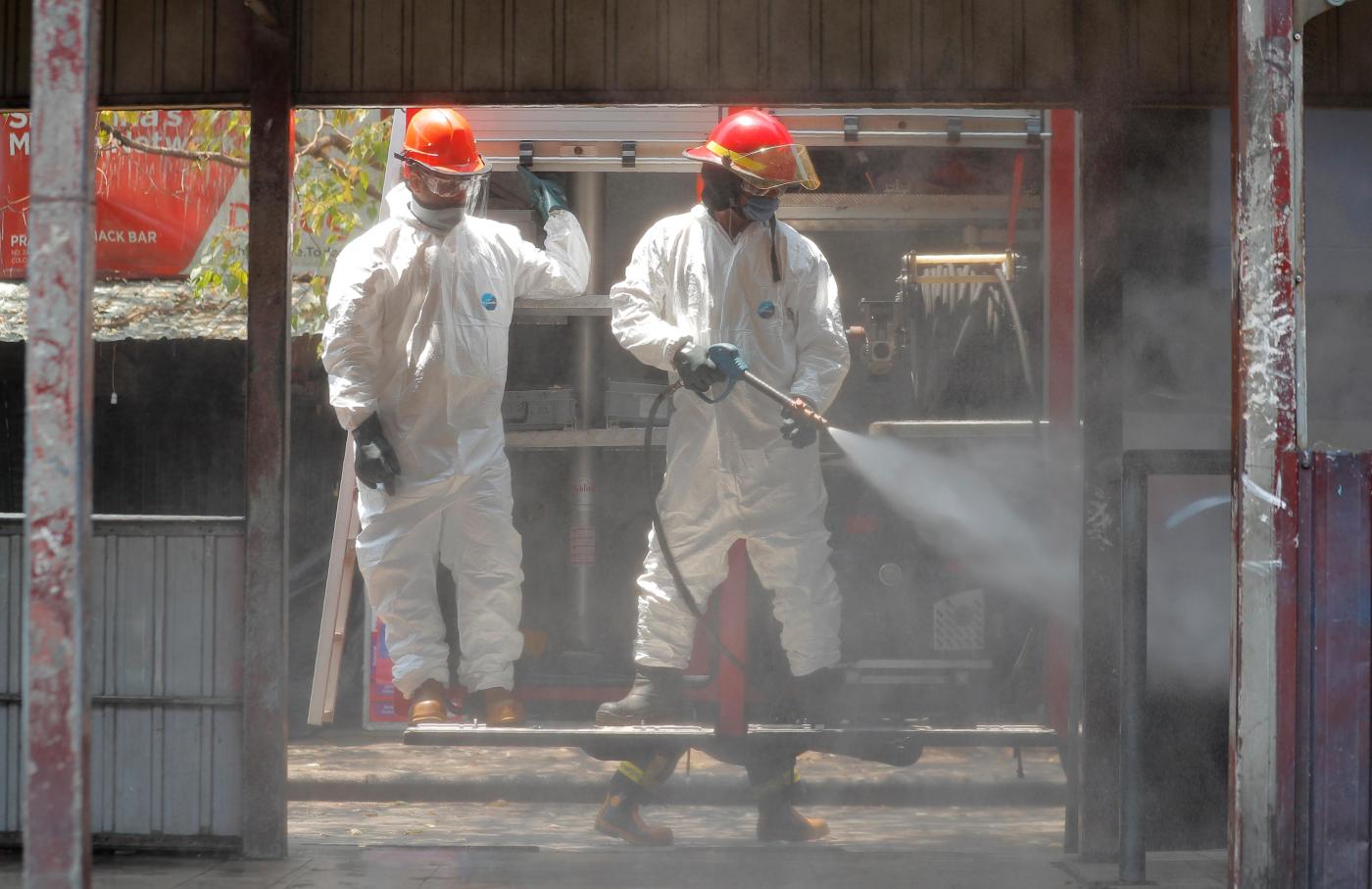 The Latest on the coronavirus pandemic, which has infected more than 328,275 people and killed more than 14,300. The COVID-19 illness causes mild or moderate symptoms in most people, but severe symptoms are more likely in the elderly or those with existing health problems. More than 95,650 people have recovered so far, mostly in China.

— German Chancellor Angela Merkel is in quarantine after doctor who administered a vaccine to her tested positive for the coronavirus.

WASHINGTON — The Senate has refused to advance the coronavirus rescue package in a procedural vote with Democrats rejecting a draft from Republicans and pushing for more aid for workers.

Negotiations are expected to continue into the evening Sunday.

Senate Majority Leader Mitch McConnell has urged senators to “signal to the public that we’re ready to get this job done.” He wants passage by Monday.

But Democrats have resisted, arguing the nearly $1.4 trillion measure needs to bolster aid and put limits on how businesses can use the emergency dollars.

NEW YORK — Futures for U.S. stocks fell sharply at the start of trading Sunday as investors watch to see if Congress can agree on a huge rescue package to try to stem the impact of the coronavirus outbreak.

Futures for the S&P 500 fell by 5%, triggering a halt in futures trading.

Wall Street is coming off its worst week since 2008. The S&P 500 fell 15% as large swaths of the U.S. economy shut down and investors waited for Washington to deliver financial support for American workers and battered industries such as airlines and hotels. Democrats have argued the package was tilted toward corporations rather than workers and healthcare providers, so negotiations are ongoing.

Oil prices also tumbled as the broad global economic slowdown threatens demand for energy. The price of U.S. oil fell 6% to $21.26 a barrel, while the international benchmark dropped 7% to $25.10

WASHINGTON — The White House is urging commercial labs to prioritize the testing of hospital patients as they work to clear a backlog of tests for the coronavirus.

Vice President Mike Pence says the Department of Health and Human Services will issue formal guidance Monday, but that the federal government is encouraging all labs to “prioritize inpatient testing.”

Pence says the government hopes to have the backlog of existing tests — a milestone the White House hoped to reach on Monday — cleared by the middle of the week.

The White House is encouraging those without symptoms against seeking testing, warning it depletes already scarce supplies of personal protective equipment for healthcare providers.

WASHINGTON — President Donald Trump says he’s ordered the Federal Emergency Management Agency to ship mobile hospital centers to the hard-hit states of Washington, California and New York amid the coronavirus pandemic. For New York, that would mean another 1,000 hospital beds.

SACRAMENTO – The California Highway Patrol is temporarily closing its training academy in West Sacramento amid the ongoing coronavirus pandemic, the agency announced Friday. “While we have been making every effort to keep the cadets safe and healthy during their training these last few weeks, the best, and most responsible decision I can make to […]

GILROY — When her mother took her last breath and died of cancer 10 months ago, Stacey Silva, her father and brother all surrounded her hospital bed, holding her hands and whispering in her ear, “We will never forget you.” As her father, Gary Young, died of coronavirus in an isolation ward on Tuesday, Stacey […]