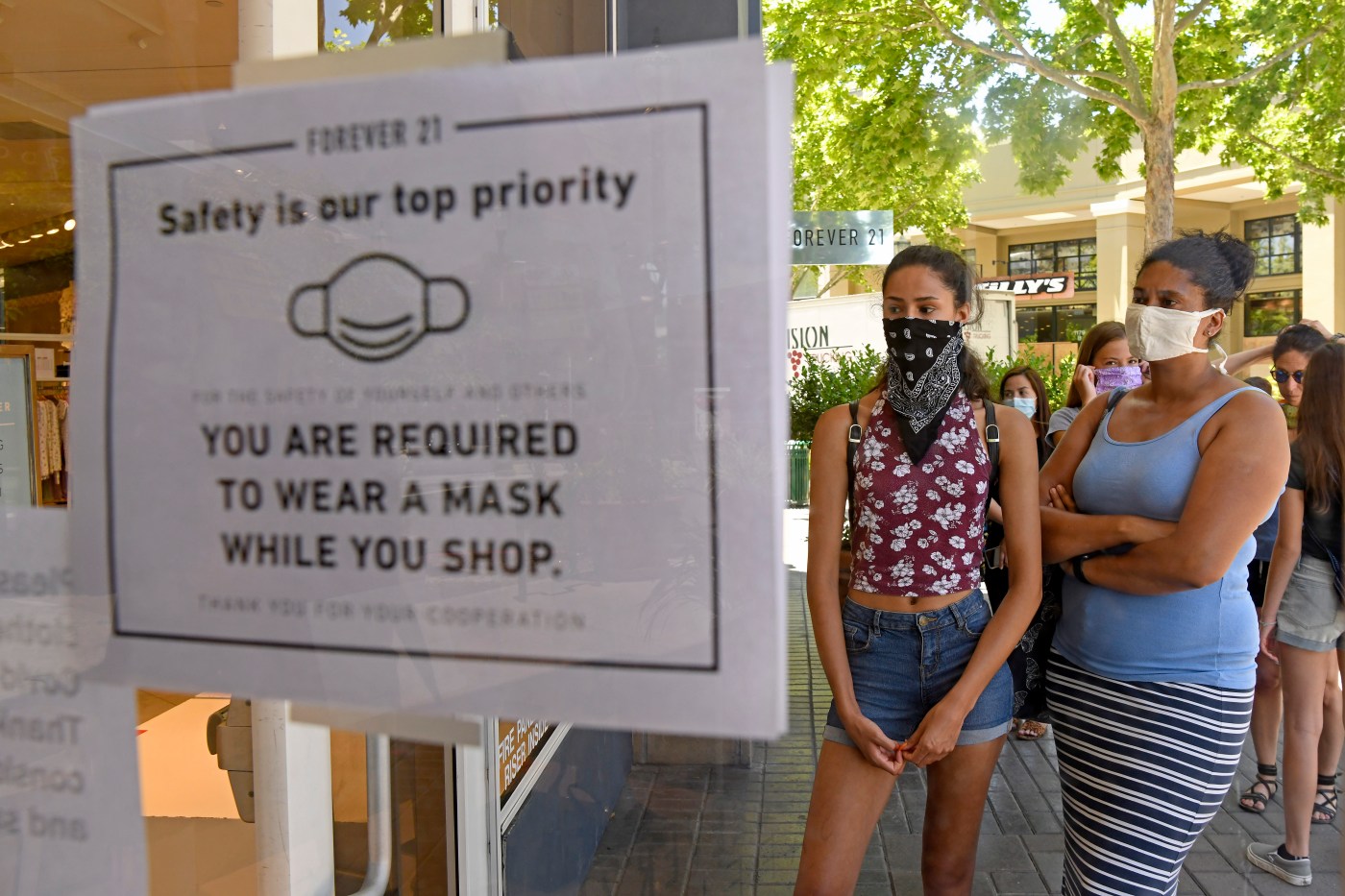 With the July 4 holiday weekend only days away, California Gov. Gavin Newsom announced on Monday that 19 counties home to 72% of the state’s population are now on a “watch list” for additional COVID-19 restrictions.

Four new counties — Solano, Merced, Glenn and Orange — were added Monday to the list of hard-hit locales where state health officials are monitoring infection data, providing technical assistance and weighing new measures to slow the spread of the virus.

Bars were already ordered to shut down in Los Angeles and six other counties on Sunday as businesses hit hard by the virus looked to the busy summer holiday to recoup some losses. Even after the closures, local health officials warned on Monday of “alarming” increases in the number of new COVID-19 cases in L.A., and County Supervisor Janice Hahn announced on Twitter that officials plan to close beaches for the holiday from July 3-6.

The question now is if and when the governor may ask other counties on the list to “toggle back” reopening plans, though exactly what that might entail remains unclear.

“We are considering a number of other things to advance,” Newsom said, “and we will be making those public as conditions change.”

In the most severe case in Imperial County, Newsom said the state is prepared to intervene should county supervisors refuse to revert to a strict stay-at-home order. As of late last week, the county had the state’s highest COVID-19 hospitalization rate.

“The state of California will assert itself and make sure that happens,” Newsom said. “We believe they need to move back into that stay-at-home posture.”

The growing watch list and the governor’s repeated emphasis on the importance of a “dimmer switch” to scale back reopening plans if necessary highlights ongoing tension over state and local control that has already boiled over in some parts of the state. In Orange County, health officer Nichole Quick was one of at least five such officials in California to retire or resign this spring, in her case amid threats and personal information leaks.

Besides Los Angeles, the other counties already ordered to shut down bars were Fresno, Imperial, Kern, Kings, San Joaquin and Tulare. Those on the watch list that have not yet been ordered to take additional precautions are Contra Costa, Riverside, Sacramento, San Bernardino, Santa Barbara, Santa Clara, Stanislaus and Ventura.

On Monday, Newsom and California Health & Human Services Secretary Mark Ghaly stressed that the state is basing decisions about where to intervene on specific health data. Of particular concern are local “positivity rates,” or the percentage of COVID-19 tests coming back positive. That number climbed to 5.9% statewide in the last week, Newsom said, compared to 4.4% in early June when the state began to allow gradual reopenings.

Statewide testing capacity has increased in the meantime, he said, to a record of nearly 106,000 tests on Sunday. But in areas like Imperial County, where the positivity rate hit 23%, the increased caseload can lead to frantic conditions on the ground.

“We had to move …read more

Bay Area backyard camping? Here’s how to maximize the fun

The Golden State is reopening and summer sprawls luxuriously ahead with all its promise of European jaunts, tropical island treks — OK, we’re camping in our backyard. Or building a pillow fort in the living room. Either way, there will be s’mores, sleeping bags, ghost stories and hikes. And indoor plumbing. There’s no doubt that […]

CARMEL VALLEY — The man who set up a GoFund Me page for Gennica Cochran said she did not seek attention or want attention after she stepped between a man yelling racist epitaphs at a family trying to enjoy a birthday celebration and in no uncertain terms showed him the door. Social media, however, had […]