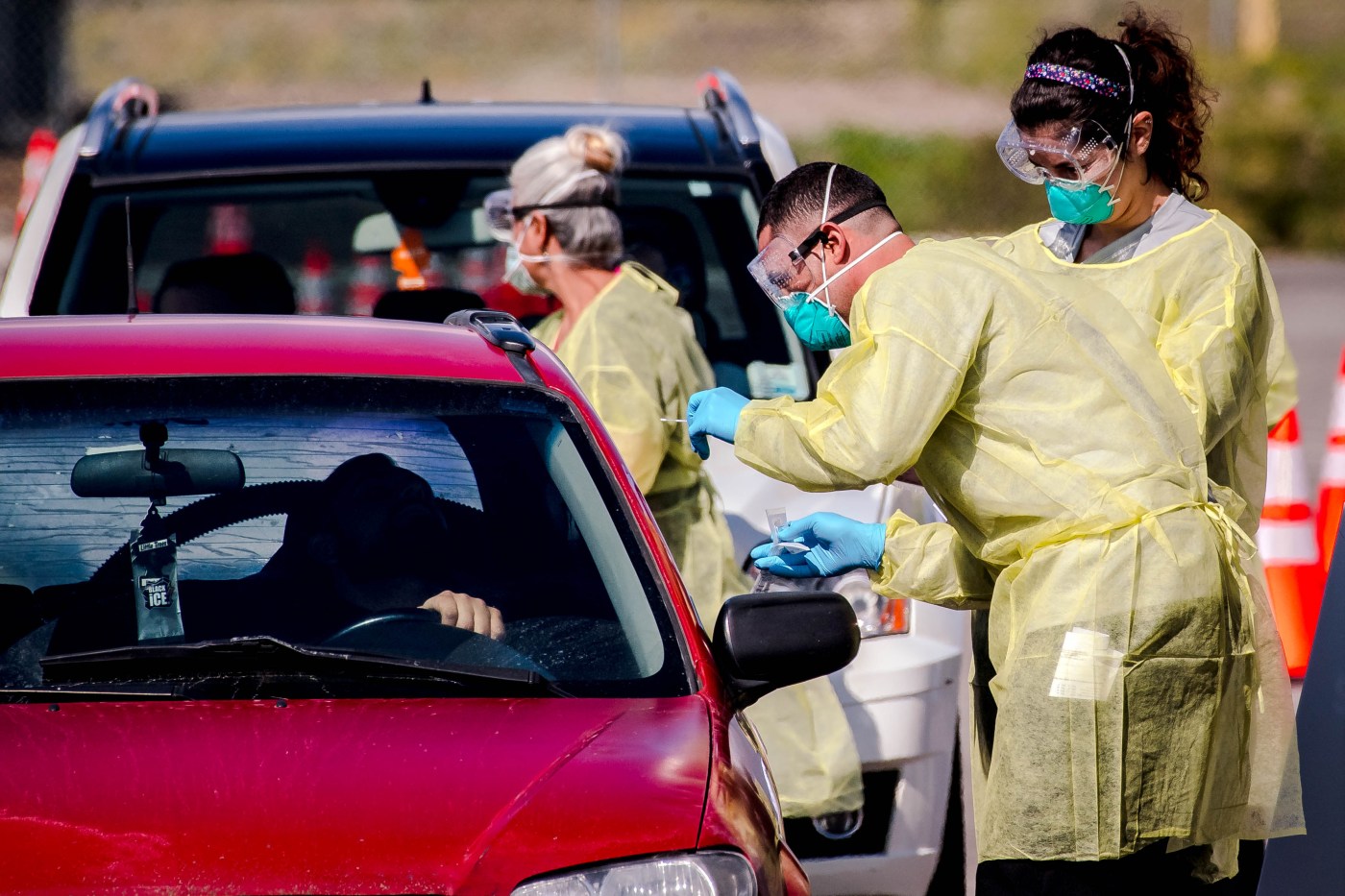 Four of the nation’s five largest banks have agreed to defer homeowners’ mortgage payments for 90 days in California, where more than 1 million people have filed for unemployment benefits since efforts to contain the coronavirus began ramping up, Gov. Gavin Newsom said Wednesday.

The governor also announced a big jump in the number of tests for the deadly virus that have been conducted across the state, though results from tens of thousands of those tests are still pending, and he warned far more testing needs to be done.

Newsom urged residents to stick with the dramatic restrictions on daily life implemented over the past several weeks, which he said have allowed hospitals and the state to prepare for an expected surge of COVID-19 cases.

“We know it’s had an impact on bending that curve and buying us time,” Newsom said. “Let’s not let up.”

At his daily press briefing, Newsom said the 1 million new unemployment claims have been filed just since March 13.

He said Wells Fargo, U.S. Bank, Citibank and J.P. Morgan Chase — along with more than 200 smaller state-chartered banks and credit unions — have all agreed to the 90-day mortgage payment waivers for Californians “impacted by COVID-19.”

It was not immediately clear Wednesday afternoon how many homeowners might qualify for the waivers or what the eligibility rules for them would be. The governor’s office did not say how to apply, and the banks’ websites do not yet offer details, though some mention the program and direct customers to call.

But Newsom said the waivers would not be capped by income and indicated more details will become available in the coming days. He also said the state wants to make the process consistent and easy for homeowners to navigate, unlike the complex relief programs that followed the 2008 financial crisis.

“We want to ease the document side of this,” Newsom said.

Bank of America was the only one of the five largest banks nationwide that Newsom said had not made the 90-day commitment. But Bank of America spokesman Bill Halldin took issue with that description, saying the bank is allowing customers to defer payments on a month-to-month basis “until the crisis is over.”

While the mortgage waiver plan could help struggling homeowners, Newsom and the state have not gone as far to help renters struggling in the virus’ economic fallout.

Newsom issued an executive order earlier this month giving cities and counties power to stop local evictions during the crisis, but has stopped short of enacting a statewide eviction moratorium, as advocates have sought. Several Bay Area cities and counties have since barred evictions, but others around the state have not, creating a patchwork of local rules.

Asked again about enacting a statewide moratorium Wednesday, Newsom said the idea raises legal issues that are “more complicated than they appear.” Still, he left the door open to more action, saying, “If we don’t see things materialize and manifest in very short …read more

CLICK HERE if you can’t view the gallery in a mobile device. Two weeks into an unprecedented statewide shelter-in-place order driven by the deadly coronavirus, Bay Area bars, bookstores, dance studios and even crab fishermen are finding new and unexpected ways to bring in some desperately needed revenue as the economy continues to tank. And […]

San Mateo County health officials on Friday reported three new coronavirus-related deaths, bringing the county total to 13, the second-most in the Bay Area. All the victims were older than 60, matching the county’s first 10 fatalities. The number of confirmed cases in the county also increased by 33, or 9%, from the previous day […]

By MICHAEL R. BLOOD | The Associated Press LOS ANGELES — As many as 30,000 California restaurants could close permanently because of coronavirus restrictions that have shuttered dining rooms and led to widespread layoffs, the industry warned Friday, while urging the state to delay tax payments and planned minimum-wage increases to help the ailing businesses. […]