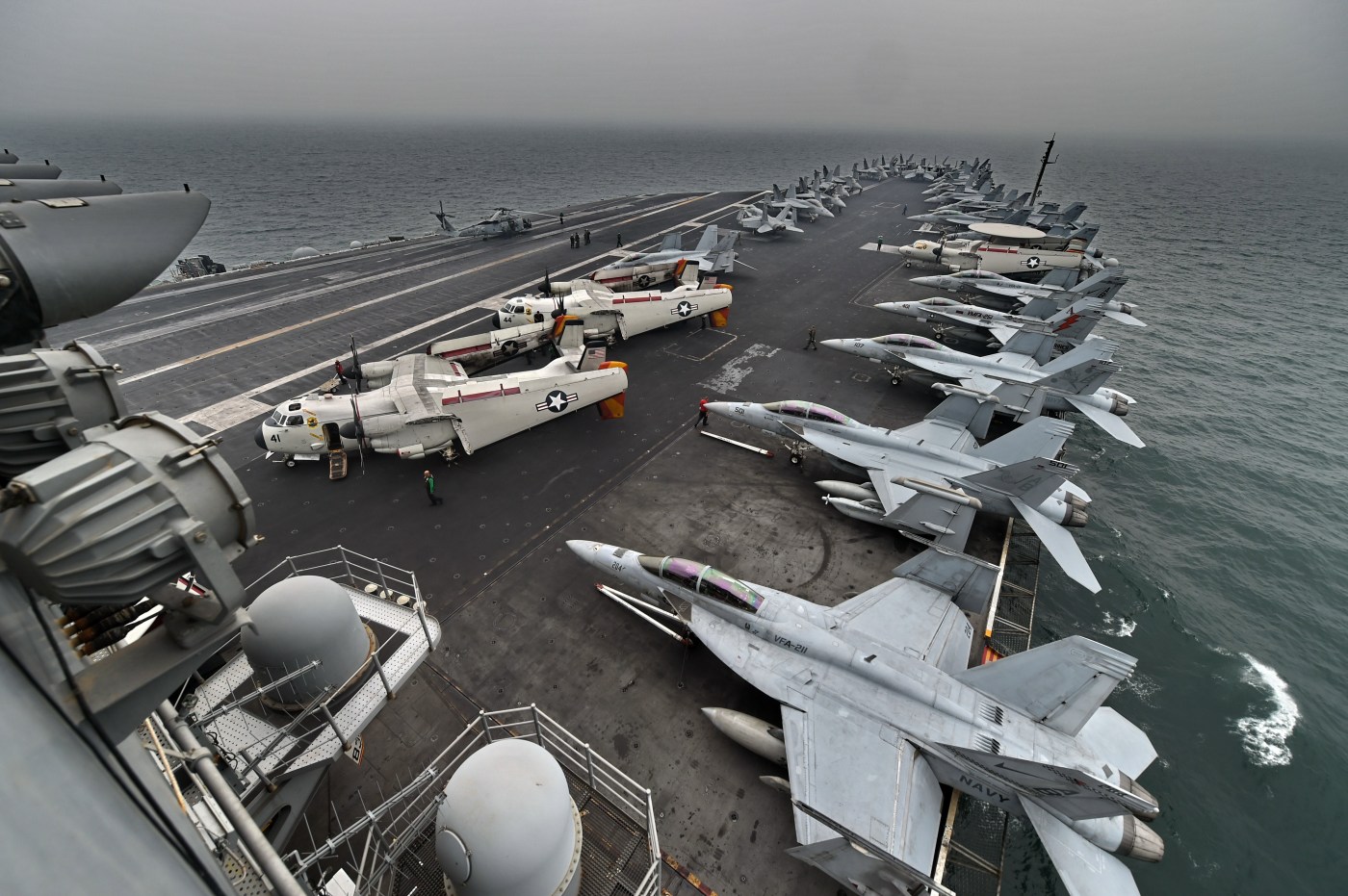 The Navy says they expect there to be additional positive tests among the crew, with one official telling CNN there could possibly be “dozens” of new cases that emerge. A second official said that were there to be a large number of additional cases, the Defense Department would be unlikely to publicly specify how many of the Navy’s overall cases are amongst members of the crew of the Roosevelt, due to concerns that adversaries such as China or North Korea could see the ship as vulnerable.

Despite the outbreak, Chief of Naval Operations Adm. Mike Gilday said in a statement, “we are confident that our aggressive response will keep USS Theodore Roosevelt able to respond to any crisis in the region.”

Earlier in the day, acting Navy Secretary Thomas Modly had said there were “several” more cases onboard the ship, but did not give a specific number.

“We are in the process now of testing 100% of the crew of that ship to ensure that we’re able to contain whatever spread might’ve occurred,” Modly told reporters at the Pentagon at a briefing Thursday morning. There are approximately 5,000 personnel on board the carrier.

The Roosevelt is in the process of pulling into Guam, according to Modly. “No one on the crew will be allowed to leave anywhere into Guam, other than on pier side,” he said.

The ship was last in port in Vietnam more than two weeks ago. It is not clear where the sailors initially contracted the virus. The Navy is now in the process of flying all personnel off the ship.

The nearly eightfold spike in the number of positive cases in two days aboard the ship is the latest red flag of how the pandemic is affecting the US military. There is now a total of 280 servicemembers who have tested positive for the novel coronavirus as of Thursday morning, an increase of 53 from the 227 reported on Wednesday. And there are nearly 600 positive cases across the Defense Department, which includes civilians, dependents, and contractors. According to Modly, 133 of those are in the Navy.

On Wednesday, the Pentagon confirmed that Defense Secretary Mark Esper had ordered a 60-day freeze on all overseas US troop movements, affecting 90,000 scheduled deployments, in one of the latest measures to fight the spread of the virus. The order exempts patients such as those aboard the Roosevelt, among others.

Esper also raised the health protection status for all defense installations worldwide, limiting access and encouraging telework across the department.

Gilead Sciences said on Sunday it was temporarily putting new emergency access to its experimental coronavirus drug remdesivir on hold due to overwhelming demand and that it wanted most people receiving the drug to participate in a clinical trial to prove if it is safe and effective. The drugmaker said in a statement there had […]

Jeff Reitz won’t resume his 2,995 consecutive day streak of visiting Disneyland when the Anaheim theme park reopens after an extended coronavirus closure. “The streak’s been ended,” Reitz said at Disneyland on the last day before the closure. Disneyland closed on Friday, March 13 and won’t reopen for the rest of the month due to […]

Ask Amy: Some people put Amy in a corner

Dear Readers: In my (almost) 17 years of writing the Ask Amy column, I have been seriously, thoroughly, and publicly pranked two times. I assume I might have been fooled with other “faux” problems, but the following two questions created viral gotcha moments that, while embarrassing for me, were highly entertaining for the scores of […]