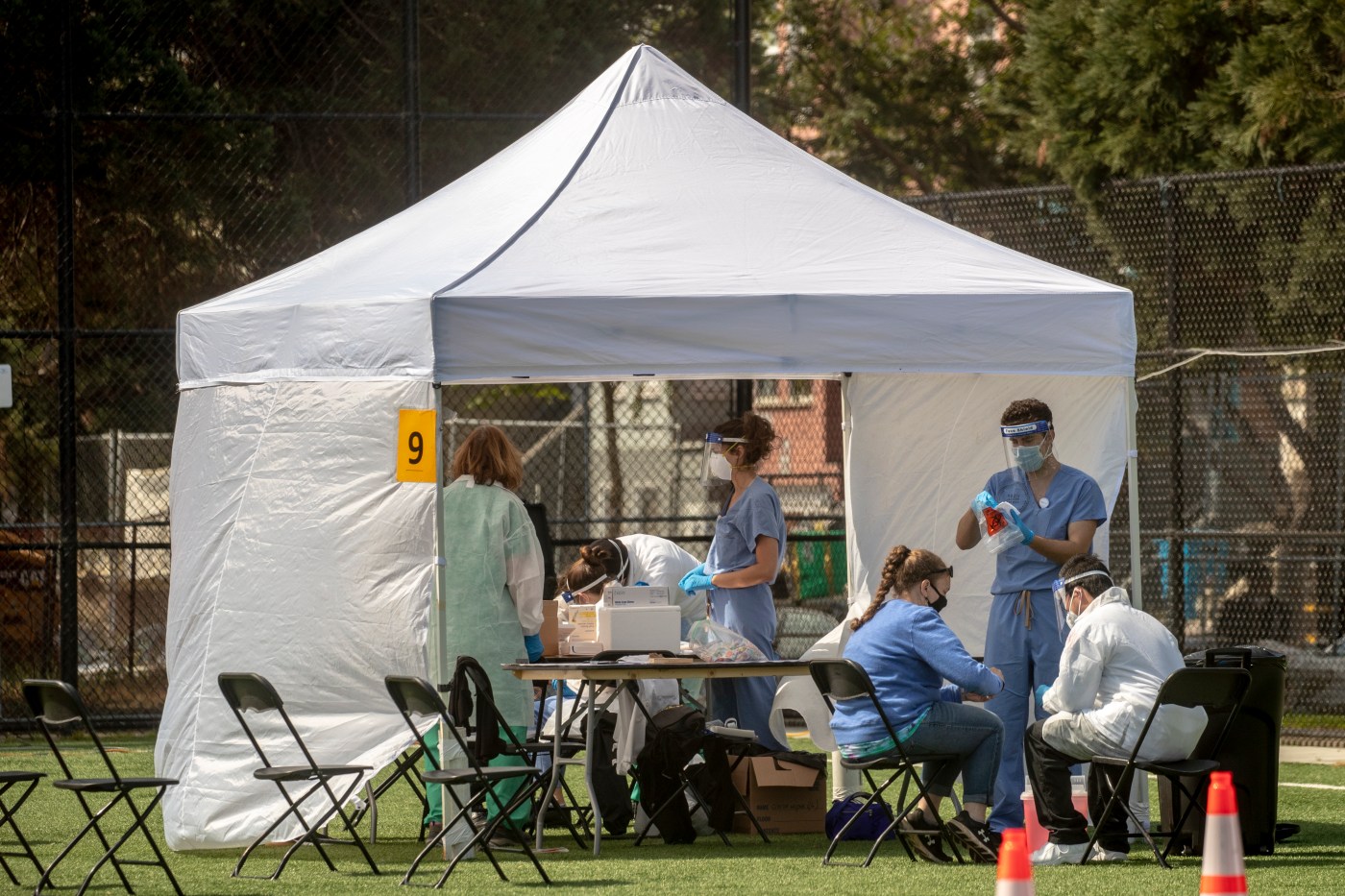 California made a leap Monday toward Gov. Gavin Newsom’s ambitious testing goals, conducting twice the number of tests than had been done on any previous day. The 57,429 new tests were the closest the state has come yet to Newsom’s goal of 60,000-80,000 conducted per day.

Testing is expanding across the state, and in most counties in the Bay Area, all it takes is a call to your healthcare provider or a free appointment at any publicly run site. Three new sites opened this week in San Francisco, two more in San Mateo and another in Oakland.

The new sites in San Francisco and Oakland are meant to focus on underserved and disproportionately affected communities.

In San Francisco’s Tenderloin district, the city partnered with Verily and Project Baseline to launch a “pop-up” mobile testing site. With a capacity of more than 500 tests per day, it begins operation Wednesday at the Tenderloin Recreational Center and will eventually move around to other high-need neighborhoods.

The city’s Bayview neighborhood, where there are higher rates of multigenerational households, chronic diseases like hypertension and diabetes, transient housing and essential workers, also has one of its highest infection rates. Starting this week, the city will begin testing in conjunction with existing social services programming in the neighborhood, in addition to passing out masks and hand sanitizer in hygiene packs.

The third site will launch at the City College Student Health Center in the Outer Mission. Officials identified the 94112 zip code as one of the areas in the city with the least access to testing.

“These new testing sites help make testing more convenient and accessible for San Franciscans, especially people who are most at-risk and communities that have been hardest hit by the virus,” San Francisco Mayor London Breed said in a statement. “As we continue toward universal testing, it’s critical that we focus on reaching communities that have historically been underserved and that don’t have as many testing resources available to them.”

In Oakland, the city partnered with Allen Temple Baptist Church to launch its third free testing site. Testing at the East Oakland church is free of charge and open Monday through Saturday, 1 p.m. to 7 p.m.

“Our mission is to end the injustice of health disparities,” Oakland Mayor Libby Schaaf said in a statement. “Every Oaklander should have access to a free COVID-19 test today, and we will continue to work intentionally to reach our most underserved communities.”

Coronavirus: Which Apple stores will be the first to reopen?

Coronavirus Live Updates: COVID-19 in the Bay Area, Tuesday May 19

1,000 rescued chickens flown to Northern California, will be adopted out

In the race to combat the COVID-19 pandemic, the world’s scientists have embraced a radically new method of disseminating information about their research, offering it quickly and without filters in the effort to understand and control this deadly disease. But their new communication model is striking at the heart of scientific integrity, publicizing research that […]

By Brendan Farrington and Bobby Caina Calvan | Associated Press TALLAHASSEE, Fla. — The woman who raised questions about Florida’s COVID-19 data after being ousted as the data’s curator had been reprimanded several times and ultimately fired for violating Health Department policy by making public remarks about the information, state records show. Rebekah Jones’ comments […]