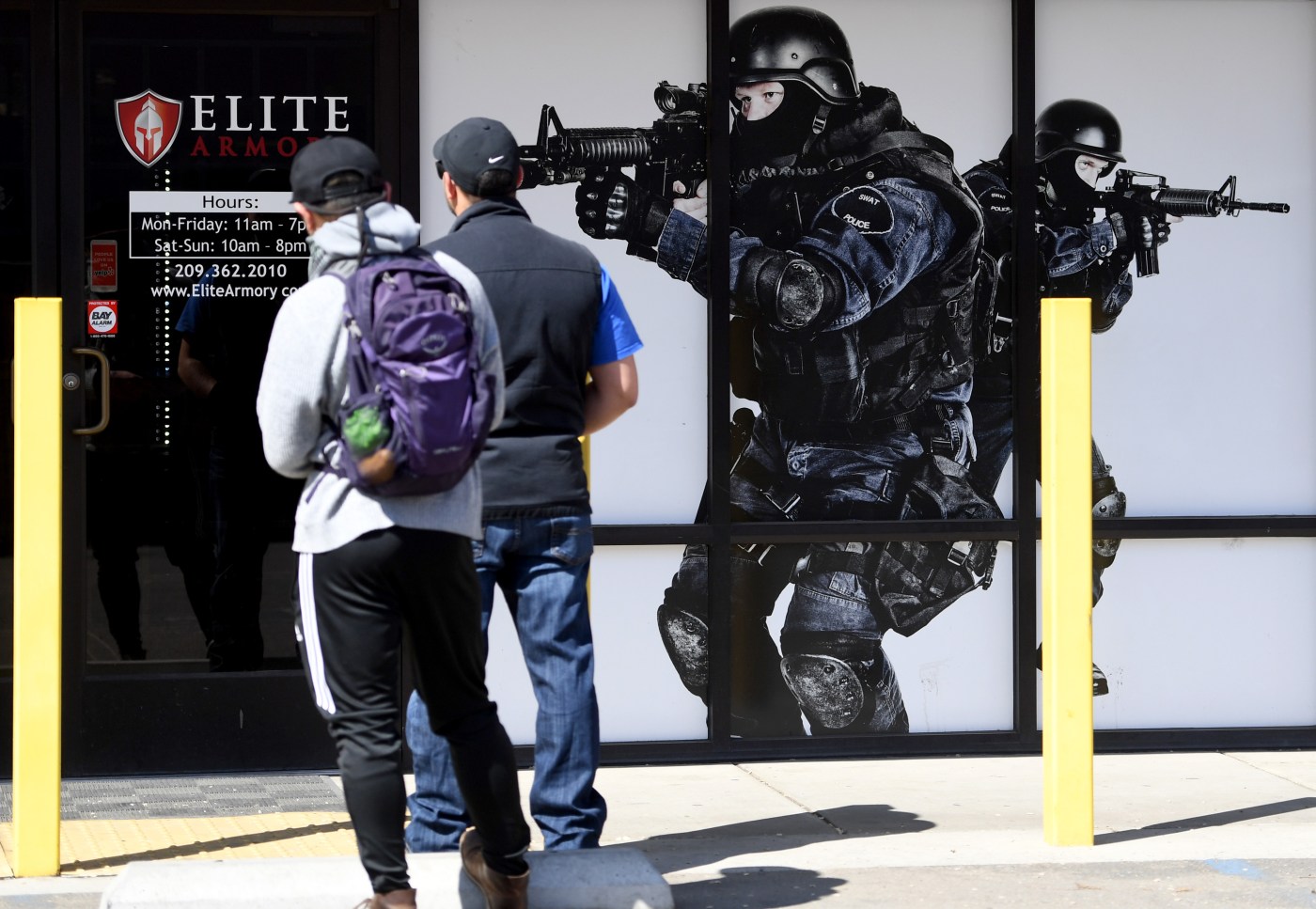 Gov. Gavin Newsom on Wednesday wouldn’t say whether his unprecedented statewide shelter-in-place order means gun stores in California have to close as non-essential businesses, instead leaving that decision to each of the state’s 58 counties.

“I believe in people’s right to bear arms but I’ll defer to the sheriff in this instance, the sheriffs in their respective jurisdictions,” said Newsom during a press conference.

That’s sure to muddle what some local leaders say is a growing public safety issue: panicked buying of firearms and some stores defying tougher restrictions in Bay Area counties that don’t define them as essential businesses during the unprecedented lockdown to stop the spread of the coronavirus.

A check on the status of 75 gun stores in 17 Northern California counties by this news organization found at least 32 were either fully open for business or allowing customers to come in and pick up weapons that had already been ordered. At least 12 were closed. The status of the others was unclear.

In Marin County, the owner of Marin Firearms recorded a phone answering machine message saying the store was ordered to close: “We were forced to shut down the store. We tried to stay open.”

Early last week San Jose Mayor Sam Liccardo quickly deemed gun stores in that city to be non-essential after Bullseye Bishop stayed open after the Santa Clara County had ordered a shelter in place. The police visited the shop and ordered it to close.

The issue began getting more attention Tuesday when Los Angeles County Sheriff Alex Villanueva called gun stores non-essential and ordered his deputies to make sure they closed, citing safety concerns. Shelter-in-place orders were not permission “for everyone to be panic gun-buying or rushing to stores,” the Associated Press reported.

Villanueva then reversed his order to enforce closures, the Los Angeles Daily News reported. But later Wednesday, after Newsom’s news conference, the sheriff appeared to leave the door open on enforcement, tweeting that the governor had confirmed that “the sheriff has the authority to enforce his executive order and keep the public safe during this pandemic.”

“They are temporary orders to address an emergency situation. There is no constitutional right to purchase a firearm immediately and, during this time where there are legitimate public …read more

Coronavirus: An East Bay Raley’s was closed Monday after an employee tested positive

A Raley’s in Antioch closed late Sunday night and remained closed through Monday after an employee tested positive for coronavirus, a spokeswoman for the grocery retailer said. An employee informed managers of the store in the 3600 block of Lone Tree Way of the positive test on Sunday after reporting to work, Raley’s spokeswoman Chelsea […]

Reuters CAIRO – Mahmoud Jibril, who abandoned Muammar Gaddafi to become Libya’s rebel prime minister during the 2011 revolution, died on Sunday after contracting the novel coronavirus, an aide and his party said. Jibril was the interim leader until the country held its first free elections in four decades in 2012, following the toppling of […]