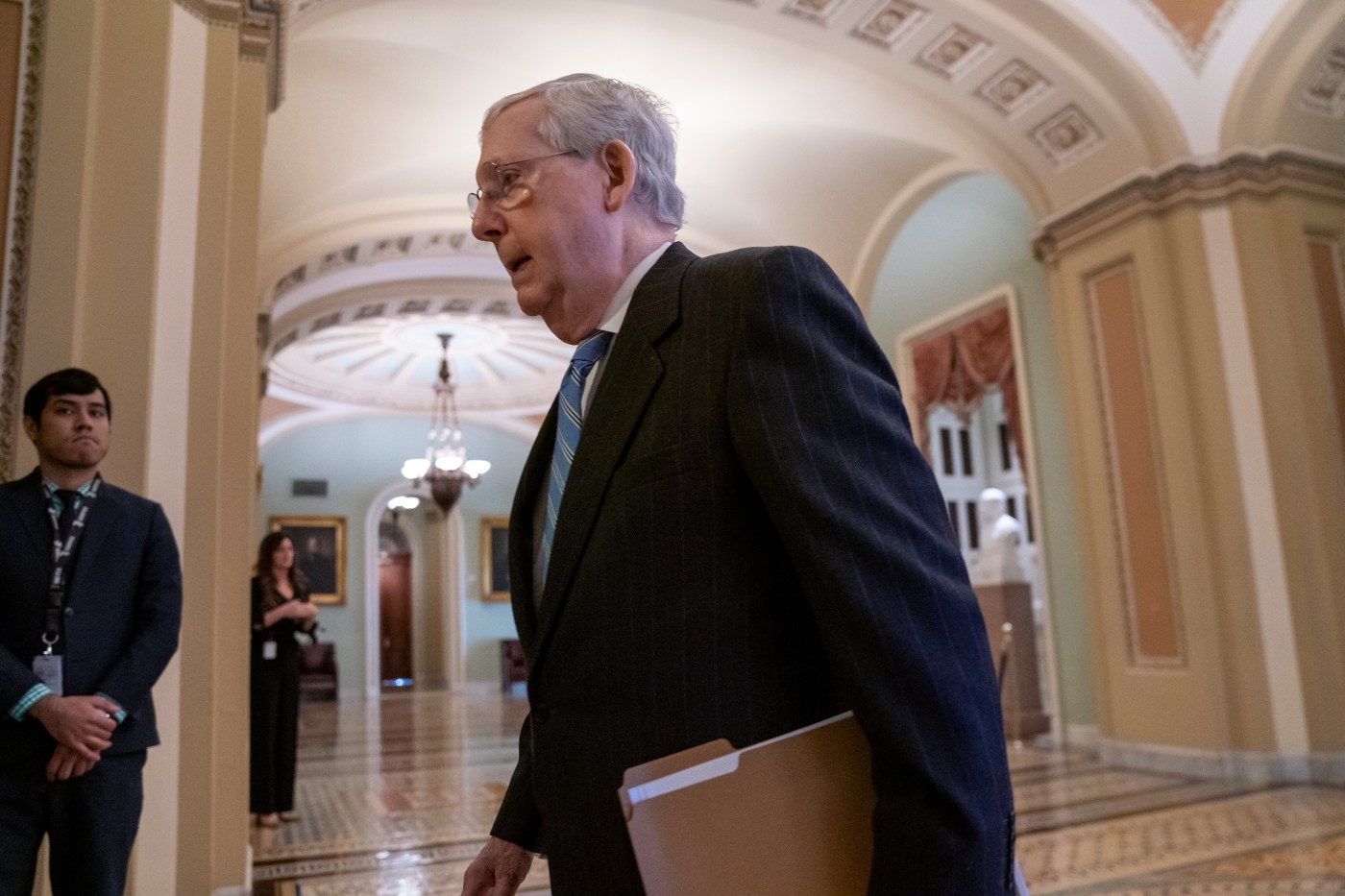 Although both parties said they agreed on the urgency of passing a measure quickly as unemployment rapidly mounts and jittery markets prepare to reopen Monday, the two sides remained at loggerheads on several key issues, including how much money to provide state and local governments faced with the crisis and how much authority to give administration officials to decide which major businesses to bail out.

Lawmakers faced another pressure toward quick action — concerns about their own health. Sen. Rand Paul, R-Kentucky, announced Sunday that he had tested positive for the coronavirus infection, although he said he felt fine.

Worry has run high in the Senate about other members falling ill since many had spent time with Paul. Sunday afternoon, several Republican senators announced they were self-quarantining on the advice of congressional doctors because of their contact with Paul. Their announcements threatened to wipe out the Republican majority in the Senate, which does not allow members to vote remotely.

“All senators are going to seek medical advice as to what action we should take to make sure that we don’t in any way spread the virus ourselves,” said Sen. Mitt Romney, R-Utah, one of those who announced a self-quarantine. Sen. Jerry Moran, R-Kansas, reportedly told colleagues that Paul had been working out in the Senate gym Sunday morning before finding out the result of his test.

Meanwhile, the full effects of the public health emergency are only beginning to be felt, experts warned, as state governors stepped up pleas for more robust federal intervention.

In Louisiana, Gov. John Bel Edwards issued a stay-home order and closed nonessential businesses, saying that the state now had “the fastest growth rate of confirmed cases in the world” and risked becoming “the next Italy,” which currently has the worst death rate from the disease caused by the coronavirus.

“This emergency is going to get worse before it gets better,” he said. “We’re in a race against time with this coronavirus and its spread in Louisiana.” The state currently has the third-highest per capita rate of cases after New York and Washington, 830 cases and 20 deaths, according to state figures.

Coronavirus: WIC services in Contra Costa County to operate by phone during crisis

A federal assistance program that helps provide food for those in need have been made available by phone in Contra Costa County during the statewide stay-at-home order declared last week by Gov. Gavin Newsom, health officials in that county said Wednessday. The Special Supplemental Nutrition Program for Women, Infants and Children, better known as WIC, […]

SAN JOSE – President Trump drew sharp rebukes from three Bay Area mayors on Tuesday after he said nationwide social-distancing guidelines to contain COVID-19 could be lifted as soon as Easter. “The president has exhibited such poor leadership throughout this crisis, going from Obama-blaming to denial to now downplaying the seriousness of this crisis,” Oakland […]