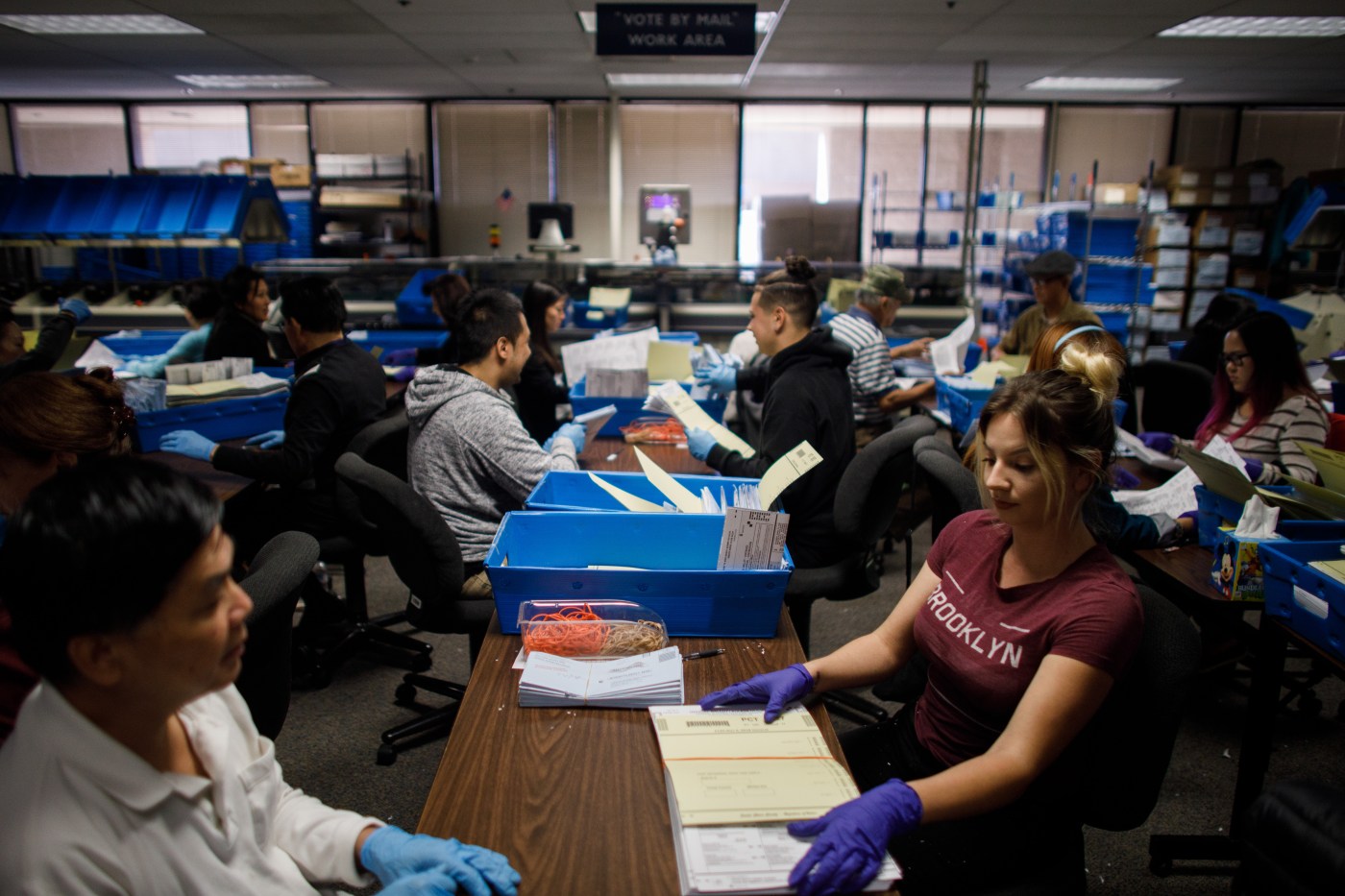 The coronavirus cases spreading across the country have already overturned the 2020 presidential campaign, forcing multiple states to postpone their primaries and raising fears that the November general election could be marred by the pandemic.

Now states are rushing to expand the use of vote-by-mail, laying the groundwork for an unprecedented shift in voting procedures. California, which has massively ramped up its use of mail-in voting over the last few decades, could be a model for others to follow.

In Congress, lawmakers are debating a proposal from House Democrats to require states to allow mail-in voting and send $2 billion to election officials to help expand the process as part of a larger coronavirus relief package. But the idea has faced opposition from Republicans who argue that the bill should focus on economic relief, not voting rights.

California is ahead of the curve. While less than 20 percent of voters in the 1992 general election cast their ballot by mail, nearly two-thirds did during the 2018 election, according to state data. That’s likely to be even higher this year.

“It turns out that the policies California has put in place to increase access to the ballot also make perfect sense for conducting elections during a health pandemic,” Secretary of State Alex Padilla said in an interview. “We stand ready to assist any other states and share our experience with them on how best to do it.”

It’s possible that nearly every Californian will find a ballot in their mailbox this fall. In California’s presidential primary earlier this month, about 75 percent of voters received a mail-in ballot, Padilla said.

Padilla has already called on Los Angeles County to send every voter a ballot, after the county experienced huge lines and other disruptions at some vote centers during the primary. While local officials haven’t committed to doing so, that would raise the statewide total to about 90 percent of voters statewide.

In the short term, Gov. Gavin Newsom signed an executive order last week allowing vote-by-mail for three special elections coming up in the next few months and giving counties an additional 21 days to finish counting ballots from the March 3 primary. Padilla said those special elections would help inform any future efforts to further expand mail-in voting in November.

Whatever happens over the next few months, it’s highly unlikely that the November general election will be postponed. Federal law requires it to be held on “the Tuesday next after the first Monday in November,” and changing that would require the support of Democrats and Republicans in Congress.

The Constitution also says that President Trump’s term ends at noon on January 20, 2021, so there’s no way for the president to extend his term in the event the election is impacted.

Around the country, election officials are scrambling to figure out a safe way for voters to make their choice in the middle of a pandemic — and vote-by-mail is looking like an attractive way for people to cast their ballots even …read more

People are curbing their stay-at-home anxiety the analog way: With puzzles

By AJ Willingham | CNN As the one-two combination of home quarantine and coronavirus anxiety takes its toll on millions of Americans, the hunt is on for new ways to pass the time. (After all, there’s only so much Netflix a person can watch.) People sharing their quarantine routines online seem to be fascinated by […]

As an expected surge in coronavirus patients looms, dozens of California Air National Guard members on Friday transformed the Santa Clara Convention Center into a temporary federal medical facility. In a cavernous exhibit hall usually bustling with business activity, 35 men and women of the 146th Air Lift Wing out of the Channel Islands set […]

Coronavirus testing has increased sharply in California to more than 60,000, Gov. Gavin Newsom said Wednesday, a nearly threefold increase over figures reported a day earlier. State officials late Tuesday reported that 26,400 tests had been conducted in California, including through private labs. But Newsom said that as of 10 a.m. Wednesday, that figure was […]