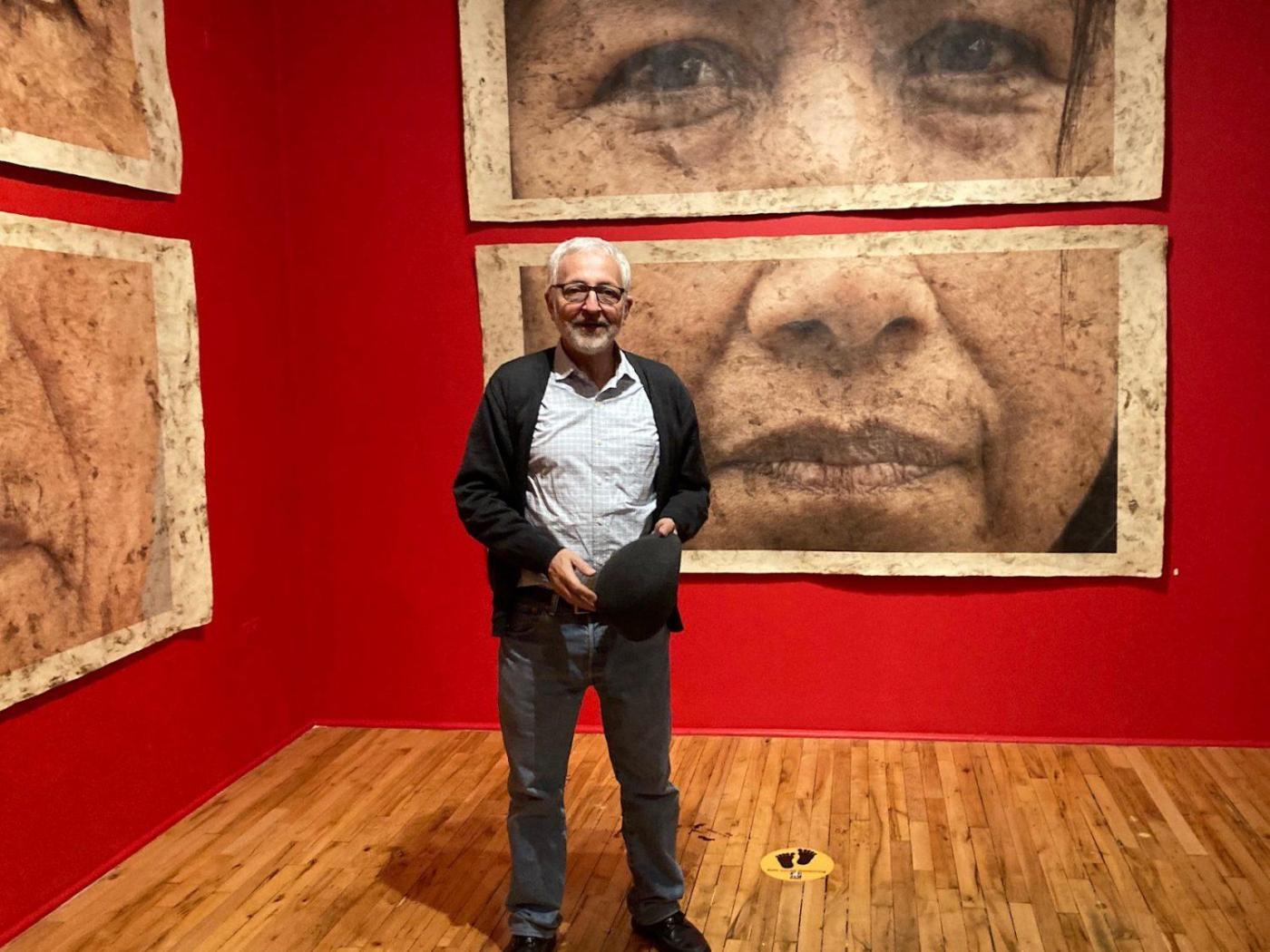 Every act of art-making comes down to two choices: How you form the object and, simultaneously, how you contain it.

Within that, the options are endless. Do you express the idea using a pencil, a paintbrush or clay? A camera, a hunk of marble or a computer mouse?

And then, how do you present it? On paper, panel or canvas? Perched upon a pedestal, projected on a screen or beamed out via digital code? Each decision is an opportunity to shape the artwork’s specific meaning.

“Testigos” continues through March 20 at Museo de las Americas, 861 Santa Fe Drive. Info at 303-571-4401 or museo.org. Due to the ongoing coronavirus pandemic, it’s wise to check for any attendance restrictions before a visit.

For the portraits on display in “Testigos,” currently showing at Denver’s Museo de las Americas, artist Gaal D. Cohen went with two basics: camera and paper. But the way he employed each made his final products unique.

Cohen, who lives in Guadalajara, used a grant from the museo to travel across Mexico to photograph the Otomi people, whose ancestry goes back thousands of years. Like other indigenous Mexicans, the Otomi have witnessed generations of conquest and catastrophe at the hands of various oppressors who have come into power. The exhibition’s title actually translates to “witnesses” in Spanish.

Yet, the Otomi have endured, even prospered throughout time, maintaining both secular and sacred traditions. Chief among those preserved practices is the fabrication of amate, a paper painstakingly made by hand from the bark of local trees.

Amate is both functional and symbolic among Otomi people. The paper dates back to pre-Columbian times and, for many years, its production was banned by Spanish colonialists who saw it as an expression of indigenous independence.

The paper survived, of course, first in secret and then more abundantly in the 20th century as Mexican society came to revere its ancient traditions as part of its collective present-day identity. The paper is now produced commercially — though still on a small-scale and often by hand — and exported widely.

But Cohen saw within the paper a chance to instill a deep resonance in his photographic portraits. He printed his close-ups of Otomi faces directly onto it, an unusual move that resulted in a series of large-scale photos that soulfully, and simply, connect the past to the present.

“Testigos” presents 11 of his portraits, and they are arranged by the age of his subject, with one from each decade of life, starting with a 4-year-old child and ending with a 105-year-old elder.

The subjects stare directly at the viewer and each is allowed to express his or her individualism. The youngest, titled “Hannah Yetsali,” is cranky. The oldest, “Doña Maria Paula” (who has since died), appears weary. There’s a sadness in the eyes of “Don Juan” who is in his 80s, a bit of anger in “Ponciano” in his 40s, and a look of determination in 60-something “Don Genero.”

By MARCIA DUNN | The Associated Press CAPE CANAVERAL, Fla. — SpaceX chief Elon Musk may have to steer clear of NASA’s Kennedy Space Center after getting mixed COVID-19 test results on the eve of his company’s second crew launch. Musk took to Twitter on Friday to say he tested positive for coronavirus, then negative […]

Prayers and grief counseling after COVID

A tidal wave of grief and loss has rolled through long-term care facilities as the coronavirus pandemic has killed more than 91,000 residents and staffers — nearly 40% of recorded COVID-19 deaths in the U.S. And it’s not over: Facilities are bracing for further shocks as coronavirus cases rise  across the country. Workers are already […]

5 dishes to cook for Thanksgiving

By Margaux Laskey, The New York Times If the pandemic means you’re cooking the holiday dinner for the first time this year, no need to panic. Plan ahead, keep it simple and delegate when necessary. Here are five recipes for the essentials, chosen for their ease and the fact that they are tried-and-true (as well […]