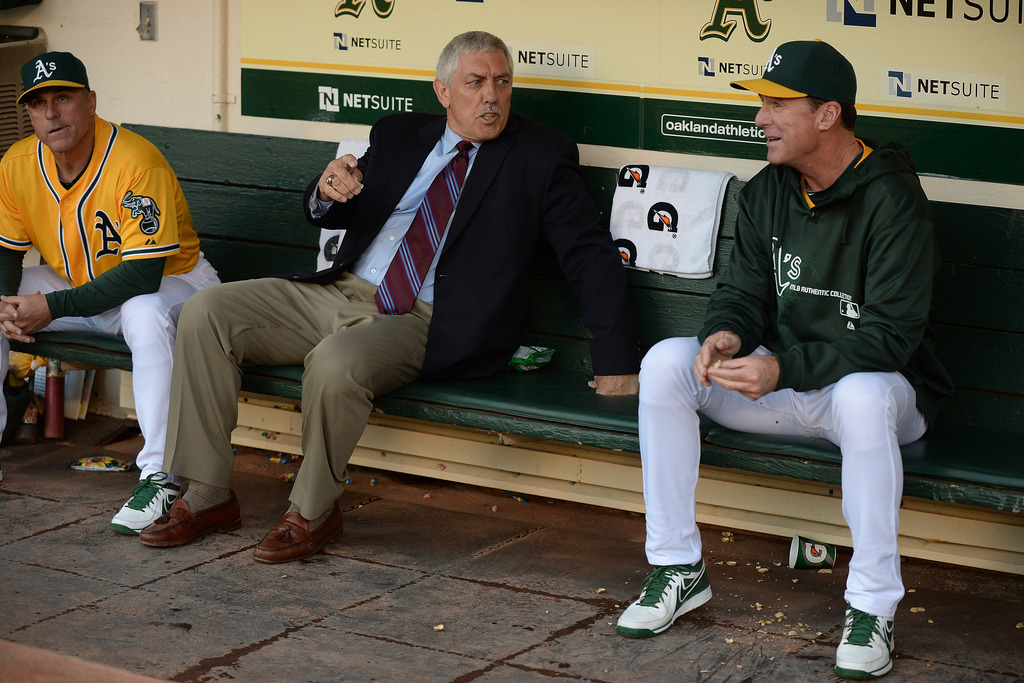 To fans, the brightest stars play on the field, hitting home runs and throwing strikes in front of thousands of adoring spectators. But to the players, the biggest stars are the figures in the background, who keep the operations running smoothly to little outside applause.

To the countless players and couches who passed through the Oakland A’s organization, Ray Fosse and Steve Vucinich were superstars.

After winning a couple of World Series with the 1970’s A’s, Ray Fosse’s powerful voice narrated the Oakland A’s saga from 1985-2021, through its highs as a late-80’s dynasty and through its intermittent lows. The late radio broadcaster, who died last October after a long, private battle with cancer, will have his place in over a century’s worth of A’s history etched forever when he’s officially inducted into the team’s Hall of Fame on Sunday.

Fosse touched many lives during his decades in the East Bay, and several players in the clubhouse spoke about how Fosse would help new A’s players acquaint themselves with the organization. When asked about his favorite Fosse story, former A’s player and current team manager Mark Kotsay recalled Fosse’s strength late in life.

“I remember watching Ray and not knowing he was sick for as long as he was sick, and thinking of the character and strength it took for him to do what he loved every day,” Kotsay said. “The strength he showed was unbelievable.”

Fosse, alongside former players Sal Bando, Joe Rudi and Eric Chavez, will join Vucinich and special adviser to player development Keith Lieppman in the exclusive six-man class. The ceremony will take place before the A’s match up with their cross-town and interleague rivals, the San Francisco Giants.

“We miss Mr. Fosse, but Steve will poke his head in here from time to time, which has been good,” outfielder Stephen Piscotty said.

For many of the A’s current players, recalling fond memories of longtime clubhouse manager Vucinich was easy. He was an institution in the clubhouse, having worked for the team in some capacity from the year the A’s came to Oakland in 1968 until the end of last season. He was even present throughout in Mesa during March and April, helping during the hectic lockout-shortened spring training.

“You could see the culture he’d been around with the A’s, and I’m sure he’d seen some wild things back in the day,” pitcher A.J Puk said. “I mean, 55 years — I can’t imagine all the different guys he’s been around and all the stories Steve has.”

“Back in 2018, Steve helped me get all set up and settled here when I came in from St. Louis,” Piscotty said. “It was good that he was here to help me transition with the team.”

Dear Abby: It was a very personal conversation, and I’m mortified he overheard

DEAR ABBY: Please share some thoughts about answering the phone on speaker. My lifelong friend does this. Sometimes I’m aware her husband is in the room. Recently, though, we were on speaker phone when she told me she was going to the beauty salon. When the call connected to her vehicle, I assumed she was […]

James Brown Charted Over 90 Songs on the Billboard Hot 100, But the ‘Godfather of Soul’ Never Had a No. 1 Hit

The history of popular music would look very different if not for the contributions of the inimitable James Brown. A pioneer in the genre of funk and soul music, Brown was born into impoverished circumstances – but a combination of hard work and determination helped the talented musician climb to the top. James Brown | […]

Harriette Cole: On the brink of divorce, I’ve had a change of heart

DEAR HARRIETTE: I have been so mad at my husband for things he has done in the past that it has been hard for me to have any good thoughts about him. Honestly, all I have been doing in my head — and otherwise — has been complaining about him. In many ways, he deserves […]