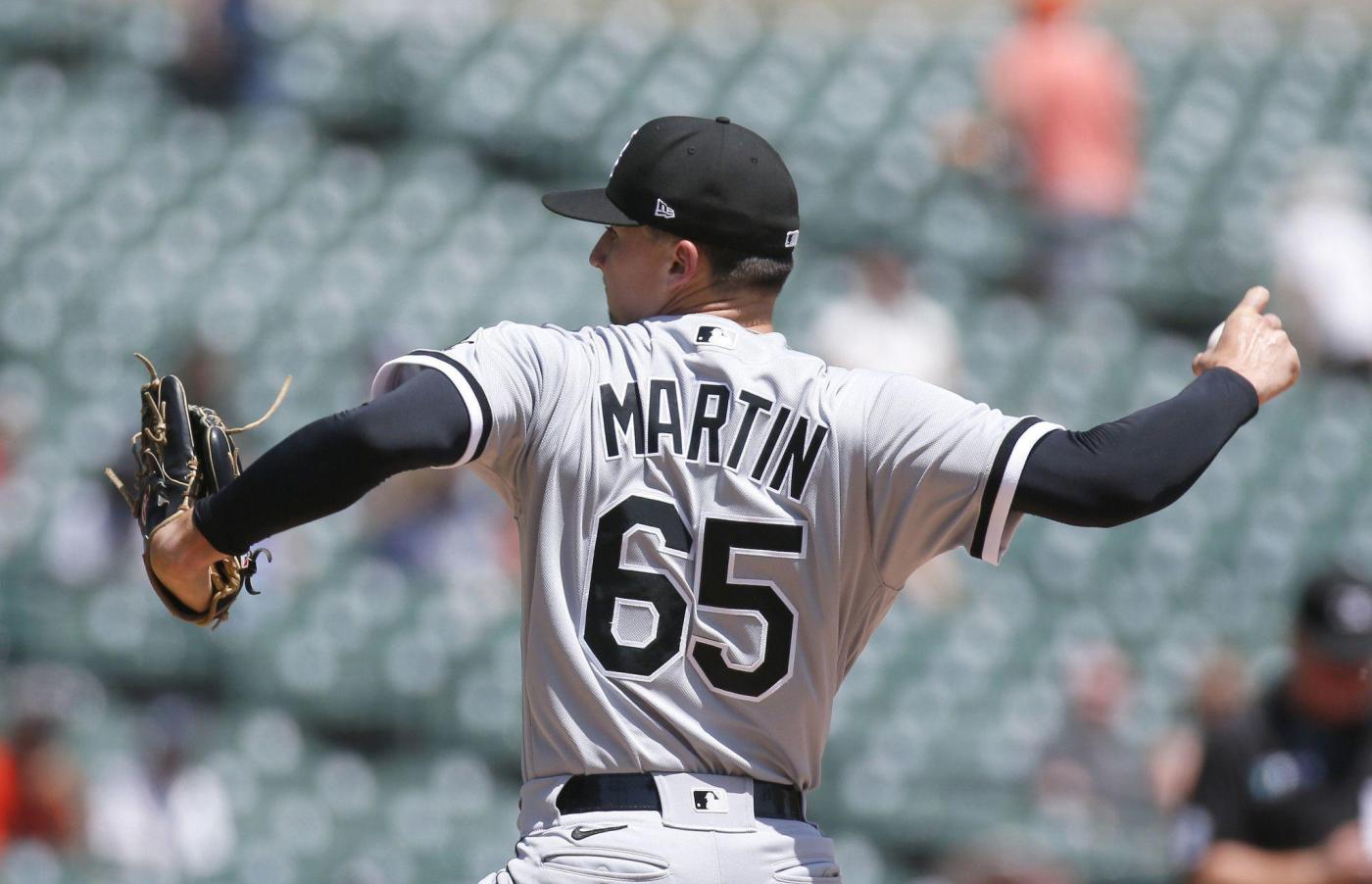 Yoán Moncada raised his arms as he walked through the Chicago White Sox dugout.

Teammates gathered around him and greeted him with high-fives and pats on the backs.

Moncada had just circled the bases after hitting a three-run homer in the first inning Wednesday against the Detroit Tigers. It was his first home run since May 14 against the New York Yankees.

“It feels good to have that kind of support,” Moncada said through an interpreter. “They celebrated that homer like it was my first career homer. It was good.”

Moncada set the tone Wednesday in a 13-0 Sox victory in front of 20,726 at Comerica Park. The third baseman had a career-high five hits, drove in five and scored twice.

“A day like today is good for your mind, your confidence,” said Moncada, who’s average went from .141 to .181. “Sometimes when you’re in a bad stretch you can get a little down, but a day like today helps to reinforce that confidence and to feel good. It was definitely a good day to feel good.”

Moncada went 5-for-6 with the homer in the first, a single in the fourth, a double in the sixth and RBI singles in the eighth and ninth.

“He showed today the stroke of a .300 hitter,” manager Tony La Russa said. “The ball inside, he turned on it. He’s really got a beautiful stroke.”

Shortstop Danny Mendick hit a solo homer in the fourth and catcher Seby Zavala had a two-run homer an inning later as the Sox completed a three-game sweep. They set season highs for runs and hits (22), and everyone in the starting lineup had at least one hit.

Wednesday also marked pitcher Vince Velasquez’s return from the injured list. The right-hander allowed one hit and struck out three in 2⅔ innings.

Velasquez had been on the injured list since May 31 with a strained left groin. In Wednesday’s corresponding move, the Sox placed right-hander Kyle Crick on the 15-day IL — retroactive to Tuesday — with right elbow inflammation.

“Just checking off all the boxes,” Velasquez said. “Seemed like a lot of stuff really didn’t leave from the last appearance (May 24 against) Boston. I tried …read more

Authorities struggle to get aid to flooded South Asia villages

By Julhas Alam and Wasbir Hussain | Associated Press DHAKA, Bangladesh — Authorities in India and Bangladesh struggled Monday to deliver food and drinking water to hundreds of thousands of people evacuated from their homes in days of flooding that have submerged wide swaths of the countries. The floods triggered by monsoon rains have killed […]

On June 11, Wholesome Games launched its second annual Wholesome Direct — a showcase of nearly 100 indie video games with an overall cozy and wholesome feel. Some of these games had already been announced, while others made their debut during the stream. And while the majority of these cozy games at the Wholesome Direct […]

Editor’s note: This story was produced for Mosaic Vision, a pilot project of the Mosaic Journalism Workshop for Bay Area high school students. Students in the program report and photograph stories under the guidance of professional journalists. With the University of California reporting a record-breaking number of applications for the next school year, many high […]