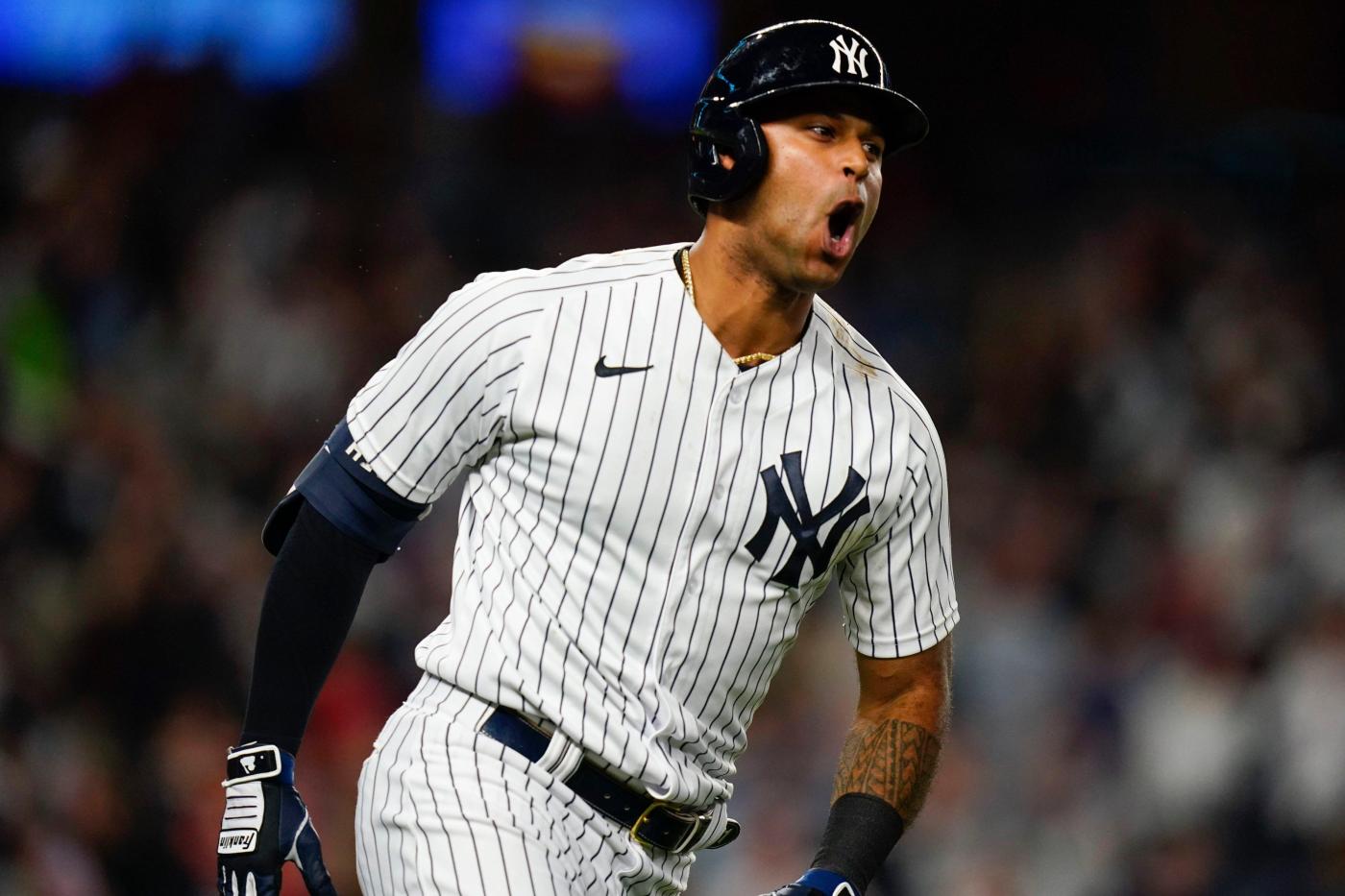 The often-ridiculed, sometimes downright unwatchable outfielder was the Yankees’ hero on Thursday night. His three-run, no-doubt home run in the bottom of the ninth tied things up. Five batters later, Aaron Judge’s walk-off liner into the left field corner gave the Yankees an improbable 7-6 win just hours before Judge is set for an arbitration hearing that will decide his salary.

Hicks was slugging just .288 heading into the game, the eighth-lowest among any player with at least 200 plate appearances. For his late-game showdown with Astros’ closer Ryan Pressly, that was irrelevant. The only thing that mattered was ball meeting bat, and Hicks did that with cathartic force.

Amid cries that he’s overrated, overpaid, and over his head, Hicks’ immediate skyward point upon hitting the home run signaled one thing: I’m over all of that.

“Man, it feels amazing,” Hicks said afterward. “When you make contact with the ball and don’t even feel it, you just know you flushed it well, especially in a situation like that. Having two guys in front of me that got on base for me, and to come up big and tie the game right there was huge.”

Jose Trevino later followed Hicks with a single up the middle on the seventh pitch of his at-bat. DJ LeMahieu kept the inning alive for Judge by laying off several pitches below the knees and earning a two-out walk. They were the kind of at-bats that the Yankees had lacked for the previous eight innings, failing to figure out Framber Valdez or either of Houston’s first two relievers. Valdez went to his sinker time and time again in big spots. At the end of his day, 62 of Valdez’s 101 pitches were sinkers. The Yankees were left rubbernecking at the umpire quite often, as 17 of those sinkers landed for called strikes. All told, 32% of his sinkers led to a called strike or whiff. The average pitcher in 2022 is getting a called strike or whiff 27.5% of the time.

It only took about 20 minutes for Pressly and his replacement, righty Ryne Stanek, to spoil all of that. Not that they needed it, given that virtually everything has gone their way this season, but the Yankees’ ninth inning was a massive boost to their spirit. Their comeback showed the kind of resolve that will make them one of the toughest teams to beat in September, October, and for each poor soul that has to face them right now.

“There’s a confidence where, if the game is in the balance or within reason, they’re gonna find a way to win,” Aaron Boone said of his potentially historic team. “In the ninth, just some great, winning at-bats. What a huge swing by Aaron, both Aarons.”

It’s not just that the Yankees win games. It’s that they win games when their opponent turns in a 95% grade. That’s still an A, but the Yankees are at an A+ level. When Judge strode to the plate with two outs and two …read more

Rachael Ray | Discovery Press/Food Network Rachael Ray shares sweet stories about her grandpa and ‘best friend’ During a vintage question and answer segment from her television show uploaded to Rachael Ray has always spoken lovingly of how she was taught to cook by her mother Elsa and grandfather Emmanuel Scuderi. These two important people […]