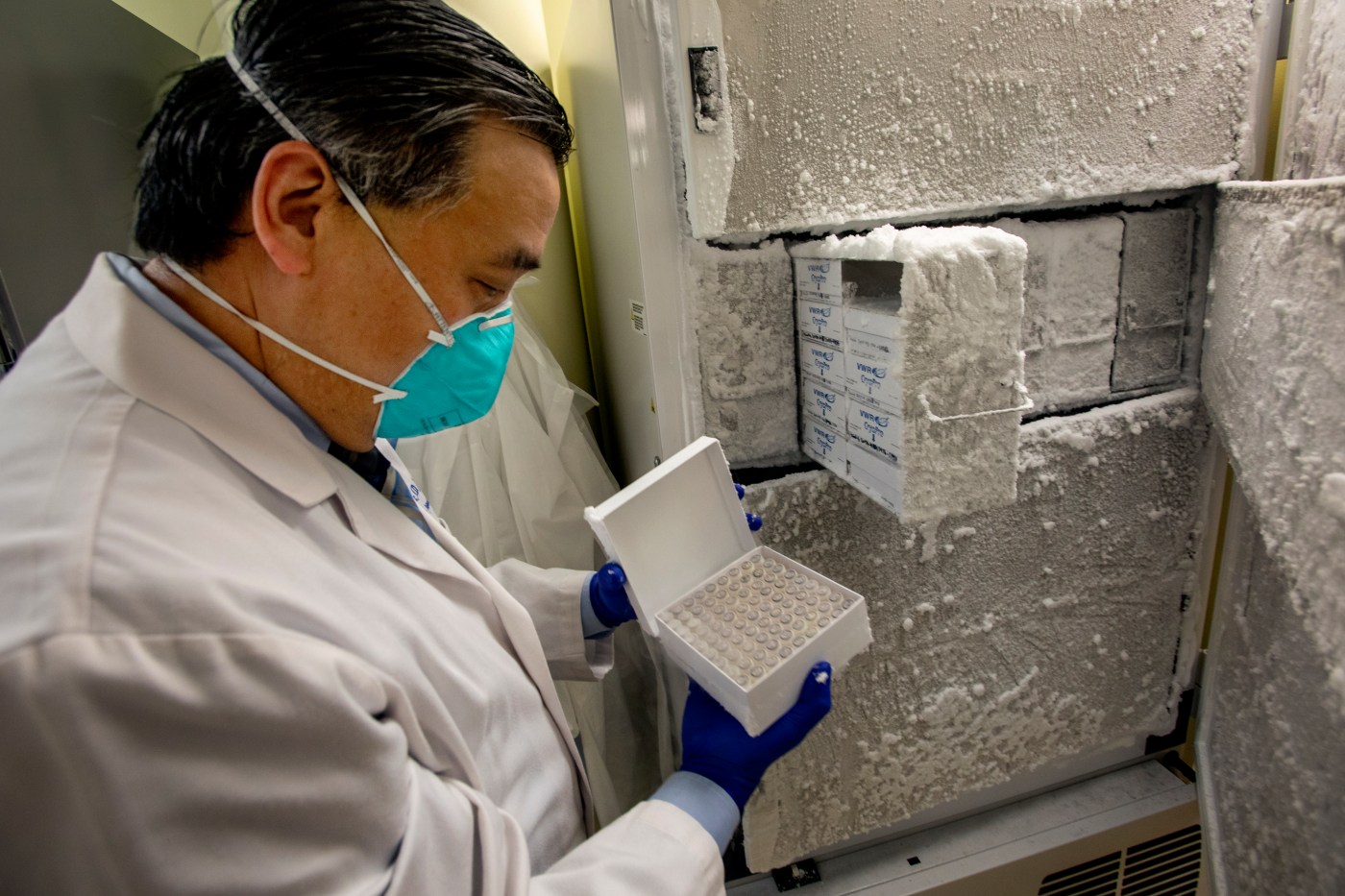 A coronavirus variant first identified in Denmark is now surging through California and represents more than half of samples in 44 counties, according to new UC San Francisco data.

The variant, called L452R, appears to be more transmissible than the original strain of the virus, although it does not appear as contagious as the UK variant, scientists found.

Also worrisome is evidence that links it to worse outcomes, such as intensive care unit admission and death. Additionally, vaccinated people appeared to produce fewer antibodies in response to the variant, suggesting it might be more resistant to our immune defenses.

The variant “should likely be designated a variant of concern, warranting urgent follow-up investigation,” concludes Dr. Charles Chiu of UC San Francisco, whose lab is collaborating with the state’s Department of Public Health to seek cases of the new variant. The findings, which have not been peer reviewed, were released Monday morning.

The variant, which Chiu’s lab estimates to have emerged in California in May 2020, increased in prevalence from 0% to more than 50% of cases during the sampling period. It has been blamed for outbreaks at nursing homes, jails and the emergency department at Kaiser Permanente San Jose, where a staff member wearing an inflatable Christmas tree costume might have infected at least 90 people.

With the assistance of the Mission District community, the team was able to investigate key questions about household transmission, symptoms, and infections in children.

They found that that the L452R variant has an elevated “secondary attack rate” – that is, transmission within a household – that suggests it is more transmissible than other strains.

Evidence for increased transmissibility was also found by Chiu’s lab. It detected faster rates of reproduction and increased viral shedding, which occurs when a virus replicates inside the body and is released into the environment. When the variant was introduced to lab-grown cells and tissues, it showed greater infectivity.

The L452R variant was first detected in Denmark in March 2020. It  has three notable mutations — including one in its spike protein, which allows the virus to attach to and enter cells.  This mutation is blamed for increased transmissibility, because it can infect and spread more readily.

Youth Orchestra goes to class with SF Symphony — and you can, too

Sponsored: Tenant behind on rent during pandemic is dealing with unneeded workmen visits — can this be intimidation?

Q: My fiance has a compromised immune system and refuses to see me because my landlord keeps having unannounced workmen in my rented home. It’s not the first time this has happened. As a single woman, strangers in my house during a pandemic could not be more outrageous. Yesterday there was another “Maintenance service ticket” […]

By Bay City News Service An investigation by the Sonoma County Sheriff’s Office and the federal Drug Enforcement Administration led to the arrests of seven people and the seizure of about 19 pounds of methamphetamine last week, officials said. Five search warrants were served in the Santa Rosa area and one in San Jose on […]

Facing an uncertain future with the Warriors, Alen Smailagic made an emphatic case for himself during his impressive G League season debut in the Orlando, Fla. bubble Wednesday. Smailagic, playing six weeks after minor right knee surgery, scored 19 points on 7-of-9 shooting in the Santa Cruz Warriors’ 111-108 overtime win over the Canton Charge. […]