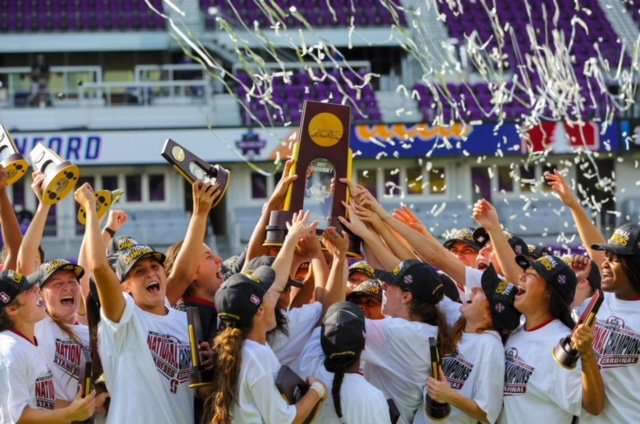 The senior forward was limited to 12 games this season but made a tremendous impact for Woodside (15-2-1) as she scored 18 goals and was credited with four assists for a Wildcats team that reached the CIF Section Open Division Quarterfinals.

As a state award winner, Evans is now a finalist for the Gatorade National Girls Soccer Player of the Year, which will be announced later this month.

The award recognizes athletic excellence, outstanding academic achievement and exemplary character on and off the field. Evans, the Woodside High student body president and president of the school’s Black Student Union, has quite a résumé.

With a weighted 3.95 GPA and impressive on-field skills, Evans has signed a letter of intent to play at Stanford this fall where she’ll be a fifth-generation Stanford student-athlete.

“I chose Stanford because it provides the resources and environment to achieve all my goals on and off the field,” Evans said in a team press release on signing day. “I grew up attending home games and look forward to playing for all the youth players in my own community. My family has a long history at Stanford, and I am excited to potentially be a part of the first mother-daughter combination here on the women’s soccer team, while helping the team write the next chapter in the legacy of the program.”

The No. 1 national recruit in the Class of 2022 according to Top Drawer Soccer, Evans has played for the United States at UEFA Development tournaments in Portugal, the Netherlands and England and is a member of the U.S. Under-20 women’s national team player pool.

Lauren Hammersley as Charmaine Roberts in ‘Virgin River’ | Netflix RELATED:  Netflix’s Virgin River focuses on Mel Monroe (Alexandra Breckenridge), a midwife/nurse who leaves her life in Los Angeles for a fresh start in Virgin River. She finds herself falling for Jack Sheridan (Martin Henderson), a former Marine and the town’s bar owner. However, Jack has a past […]

‘Peaky Blinders’: A Complete Timeline of Each Season

Cillian Murphy as Thomas Shelby in ‘Peaky Blinders’ | Robert Viglasky/Netflix ‘Peaky Blinders’ begins after the end of WWI The first season of Peaky Blinders is set in 1919 Birmingham, approximately Peaky Blinders takes place over an interesting timeline. Understanding the show’s history is pretty crucial while watching the series. The BBC show also features […]