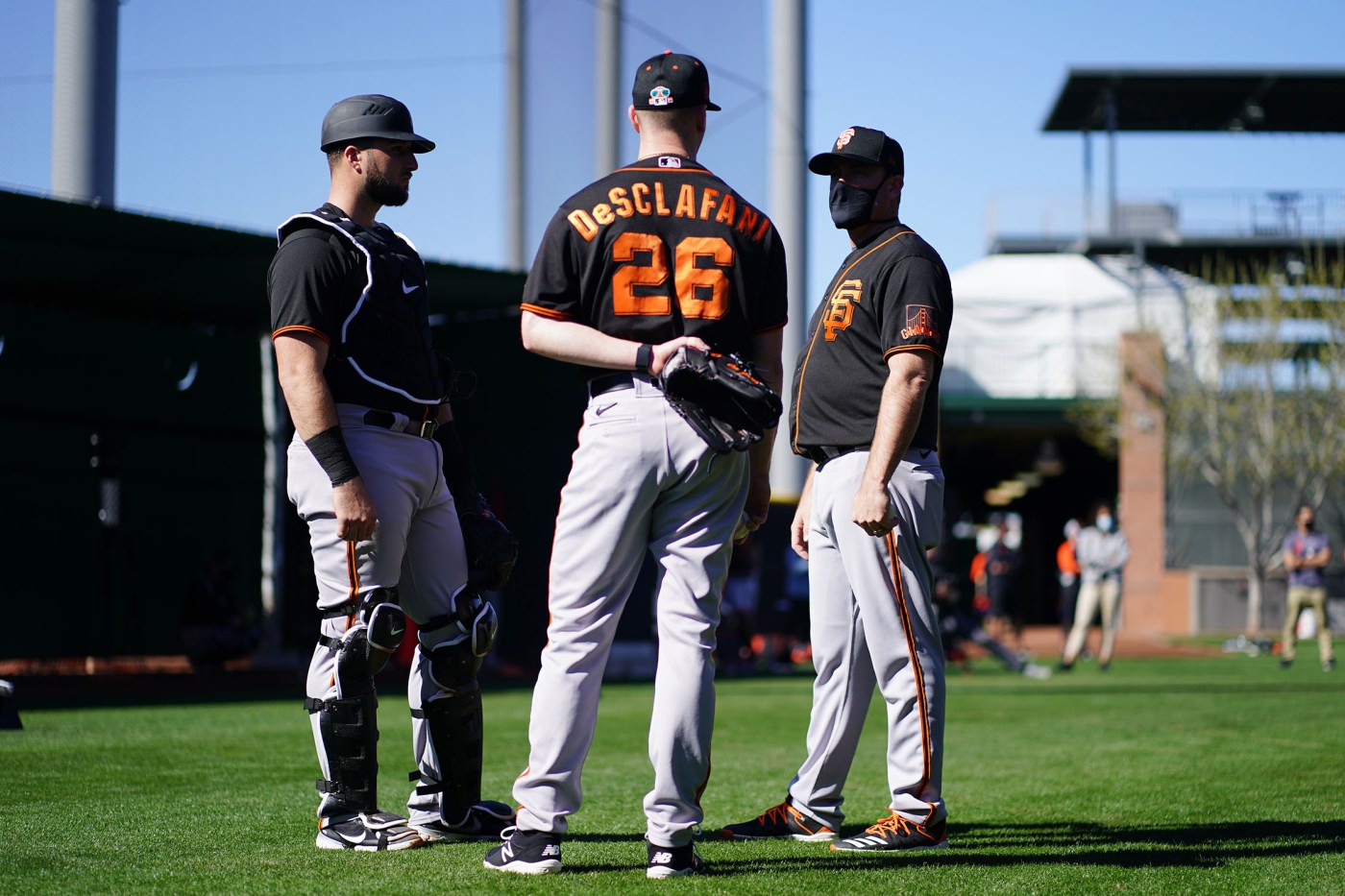 After entering the offseason with a clear plan to rebuild their rotation with veteran starting pitchers, the San Francisco Giants’ staff makeover appears complete.

It took until the fifth day of spring workouts for the puzzle pieces to fit together, but the team finally announced the addition of 2016 All-Star Aaron Sanchez, who agreed to a one-year, $4 million deal earlier this week.

“He was 92-to-94 (miles per hour) in October and was able to spin the breaking ball well which has always been kind of a signature skill for him,” Giants president of baseball operations Farhan Zaidi said. “So from that point on we stayed in contact throughout the offseason.”

How Dodgers, Padres moves have shaped the Giants’ view of their 2021 playoff path

To clear a roster spot for Sanchez, 28, the club made a surprise decision to designate reliever Trevor Gott for assignment. Gott spent the early portion of the 2020 season as the Giants’ closer and was tendered a 2021 contract in December, when the team agreed to pay him a $700,000 salary for the upcoming season.

“We have a pretty deep pitching group right now with some of the (non-roster invitees) we’ve brought in and guys on the roster so certainly would have preferred a situation where we didn’t have to make a move off of the roster, but that was just a position of depth,” Zaidi said.

It’s possible Gott could return to the Giants if he goes unclaimed on waivers, but it was going to be difficult for the right-hander to find a home in the team’s bullpen this season because he’s out of minor league options.

The Giants have several right-handed pitchers with major league experience in spring camp who will vie to replace Gott, but few of the team’s offseason additions come with the same level of upside Sanchez offers.

It’s been 11 years since Sanchez was a first round draft pick out of Barstow High and more than four years since he finished seventh in American League Cy Young voting, but Giants manager Gabe Kapler still remembers Sanchez’s dominance.

“It would be hard to argue he wasn’t a top 20 starter in all of baseball, maybe better than that,” Kapler said. “Certainly thought of as a …read more

SCOTTSDALE, Ariz. — The Giants are happy with the progress right-hander Tyler Beede has made while rehabbing from Tommy John surgery, but fans won’t get the chance to see him pitch for at least another three months. The club transferred Beede to the 60-day injured list Friday to clear a roster spot for right-handed pitching […]

By Denise Lavoie and Sarah Rankin | Associated Press RICHMOND, Va. — Virginia lawmakers gave final approval Saturday to a bill that will legalize marijuana for adult recreational use, but not until 2024, when retail sales of the drug would also begin. With a compromise bill clearing the House and Senate, Virginia becomes the first […]

Campbell community briefs for the week of March 5

Irish dance concert In time for St. Patrick’s Day, Campbell’s Heritage Theatre is teaming with the National Dance Company of Ireland to present “Rhythm of the Dance.” The concert will be available for viewing March 14-20. Tickets are $20.50 at HeritageTheatre.org. A portion of ticket sales will benefit the Heritage Theatre. Community Action Grants Friday, March […]