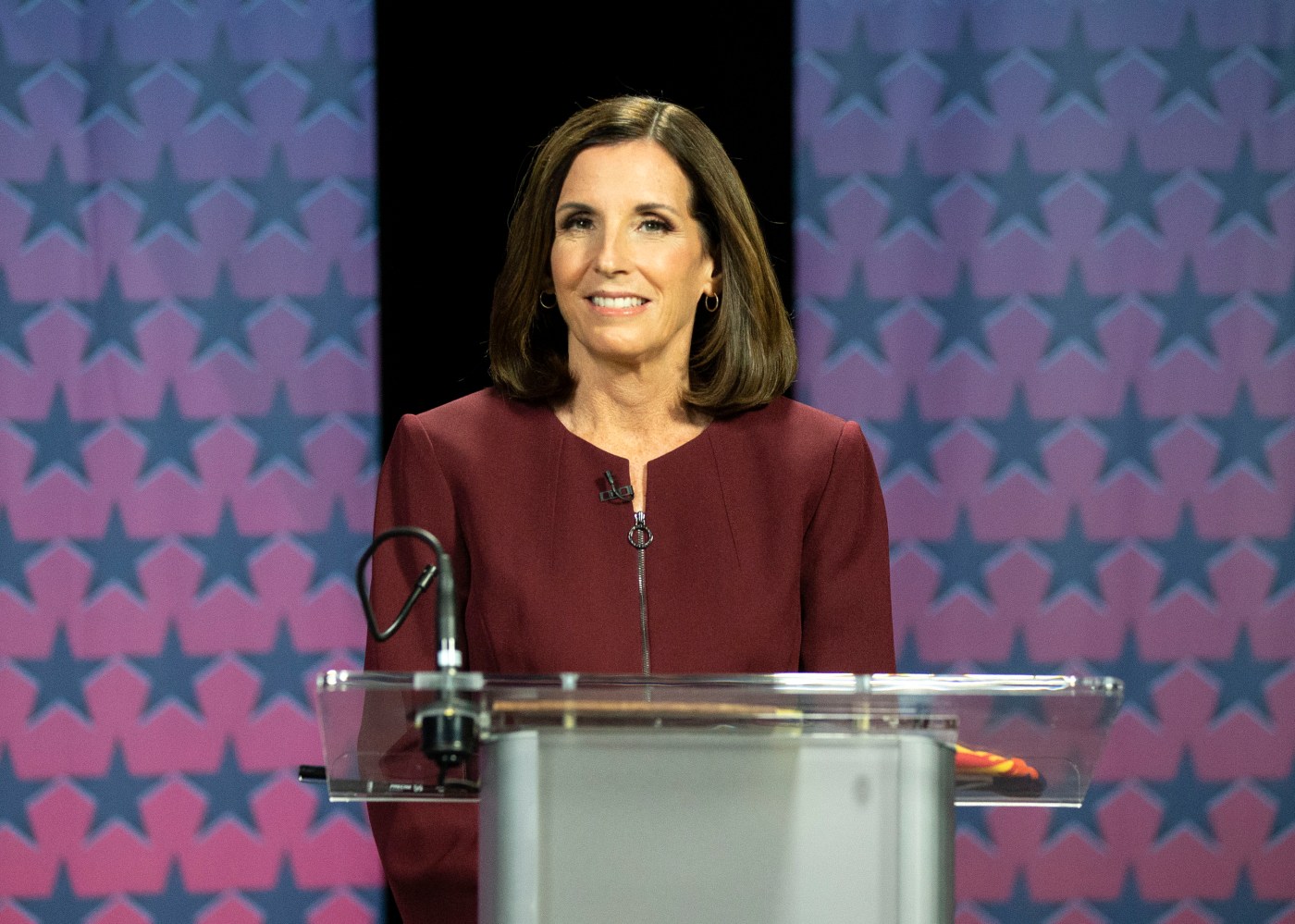 WASHINGTON — Vulnerable Republicans are increasingly taking careful, but clear, steps to distance themselves from President Donald Trump, one sign of a new wave of GOP anxiety that the president’s crisis-to-crisis reelection bid could bring down Senate candidates across the country.

In key races from Arizona to Texas, Kansas and Maine, Republican senators long afraid of the president’s power to strike back at his critics are starting to break with the president — particularly over his handling of the pandemic — in the final stretch of the election. GOP strategists say the distancing reflects a startling erosion of support over a brutal 10-day stretch for Trump, starting with his seething debate performance when he did not clearly denounce a white supremacist group through his hospitalization with COVID-19 and attempts to downplay the virus’s danger.

Even the somewhat subtle moves away from Trump are notable. For years, Republican lawmakers have been loath to criticize the president — and have gone to great lengths to dodge questions — fearful of angering Trump supporters they need to win. But with control of the Senate in the balance, GOP lawmakers appear to be shifting quickly to do what’s necessary to save their seats.

Republican prospects for holding its 53-47 majority have been darkening for months. But recent upheaval at the White House has accelerated the trend, according to conversations with a half-dozen GOP strategists and campaign advisers, some of whom spoke on condition of anonymity because they were not authorized to disclose internal deliberations.

The strategists noted the decision to rush to fill the Supreme Court vacancy with conservative judge Amy Coney Barrett has not swung voters toward the GOP as hoped. Several noted internal polls suggested Republican-leaning, undecided voters were particularly turned off by the president’s debate performance and his conduct since being diagnosed with the coronavirus. It wasn’t clear that these voters would cast a ballot for Democrat Joe Biden, but they might stay home out of what one strategist described as a feeling of Trump fatigue.

“I think a lot of Republicans are worried that this is a jailbreak moment, and people who have been sitting on the fence looking for a rationale to stick with the president are instead abandoning the ship,” said Rory Cooper, a Republican strategist and frequent Trump critic.

To be sure, Trump has a history of political resilience. In fact, Wednesday marked the anniversary of the release of the “Access Hollywood” tape, in which Trump boasted of sexually assaulting women. Republicans quickly abandoned him then, and his poll numbers sunk, but he still won weeks later.

Trump’s behavior this week hasn’t prompted that sort of GOP rebuke. On Monday, as he returned from the hospital, a still-contagious Trump paused for a photo op at the White House, removed his mask and later tweeted that …read more

By Sara Ashley O’Brien | CNN Business With just weeks left until Election Day, Instacart attempted to leverage the labor of some of its workers to promote its messaging about a controversial California ballot initiative, the outcome of which will shape how gig economy businesses operate in the state and whether workers are treated as […]

Jill On Money: What do October surprise and jobs report mean for recovery?

As the shocking news emerged that the president and first lady tested positive for the coronavirus, some investors may have wondered if this was the “October Surprise” they feared. Presuming that the President recovers, investors are also absorbing the last employment report before the election. The September jobs report showed that the pace of Jill […]

Ina Garten’s new cookbook, “Modern Comfort Food” (Clarkson Potter, $35), could hardly be better timed. Between the pandemic, wildfires and a raucous election year, we could all use some cozy nourishment. “Isn’t a steaming bowl of tomato soup the ultimate comfort food?” Garten asks in her newest volume. “While heating up a can of tomato […]