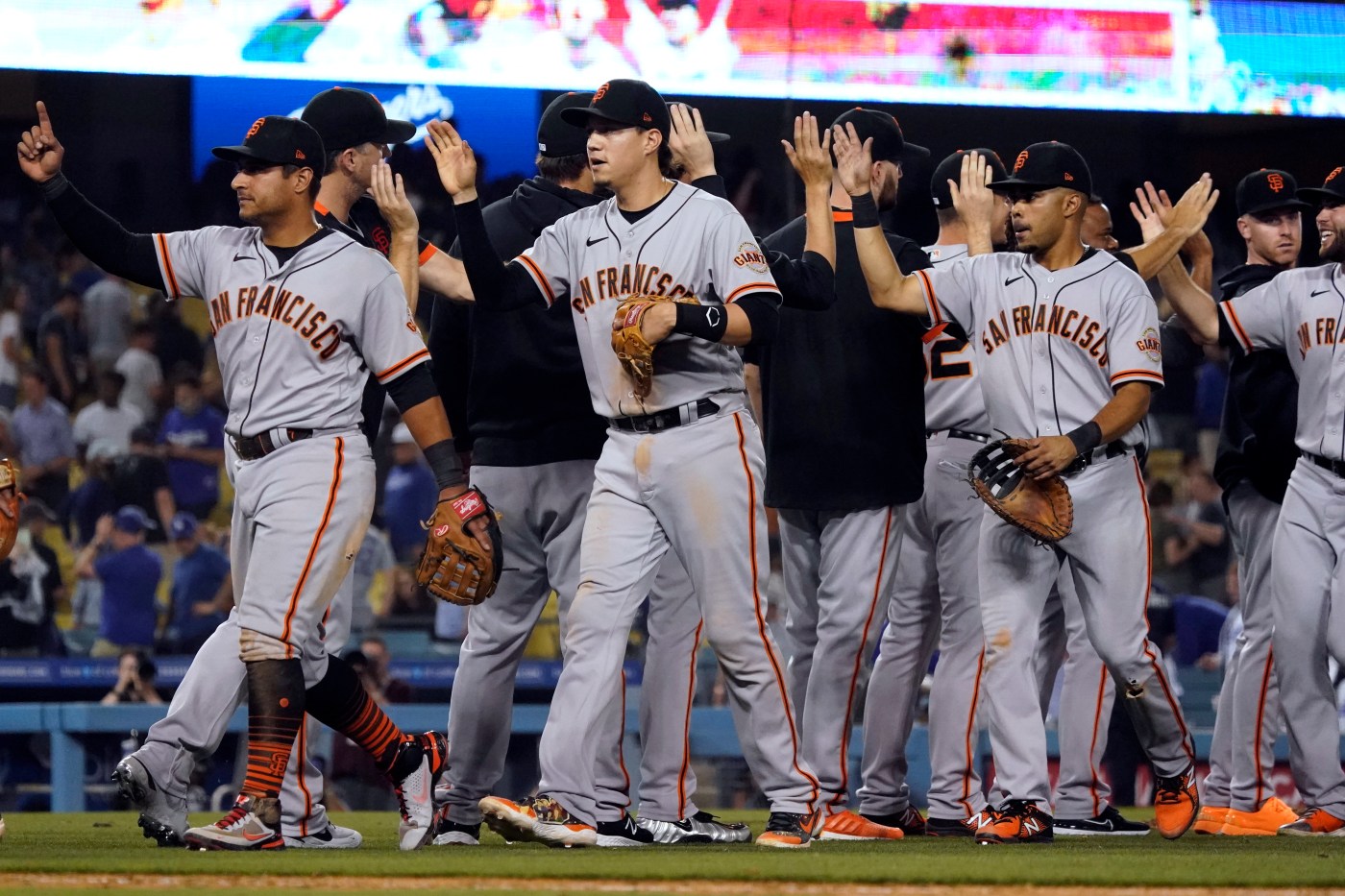 LOS ANGELES — The last time a Budweiser product was featured so prominently in the Giants clubhouse, Madison Bumgarner was splashing a six-pack of suds over his face following a 2014 NLCS victory.

Bumgarner’s signature celebration was more subdued when he led the Giants to a Game 7 win over the Kansas City Royals to secure his third career World Series ring, but sipping on one beer is still a way to commemorate a special win.

After closing out a 4-2 come-from-behind win over the Dodgers on Wednesday night in Los Angeles, Rogers entered the Giants’ “Zoom room” and confirmed to reporters he planned to enjoy an adult beverage.

“Absolutely I’m going to have a celebratory Bud Light,” Rogers said with a laugh.

Only 24 hours earlier, Rogers was drowning his disappointment with the same beer.

“I’m going to have a Bud Light and rinse this one off and be ready tomorrow,” Rogers said Tuesday.

Oh was he ready.

A night after Rogers walked the first two hitters he faced on nine pitches and served up a gut-wrenching walk-off home run to Dodgers pinch-hitter Will Smith, the Giants’ most dependable reliever got back on the Clydesdale.

This time, it was the Giants’ turn to order up a shot of heartbreak.

With the Dodgers ahead 2-1 in the ninth inning, Buster Posey came off the bench and drilled a Kenley Jansen sinker into right field for a base hit. The next batter, Wilmer Flores, launched a cutter 406 feet into the left field bleachers to silence a sold-out stadium of more than 50,000 fans and put the Giants on top.

Four batters later, Jansen walked off the mound with the bases loaded to a smattering of boos. Down in the Giants’ bullpen, Rogers heart was pounding.

“I like to think I stayed calm,” Rogers said. “But I guess I was like a duck on the water where you look calm, but the feet are underneath you going crazy. That’s probably what was going on. It felt like such a long time, but I knew all good things were happening.”

Donburi is a traditional Japanese dish made with a combination of fish, meat or vegetables osimmered together with a savory sauce — often curry — and served over rice. And thanks to rapid expansion from the folks at Oakland’s Kokolo Donburi, the rice bowls may be coming to a neighborhood near you. Kokolo, which offers […]

Chris Bassitt will make his first career All-Star appearance on Tuesday representing the Oakland A’s in Denver. During his seven-year tenure in Oakland, the A’s ace transformed from a reluctant swingman to one of baseball’s most effective pitchers. In a way, that fear of falling back into the unknown is what drives him. “A lot […]

Damian Lillard hasn’t made a decision on his future, puts onus on Trail Blazers to improve roster

The topic of trade speculation for weeks, Portland Trail Blazers star Damian Lillard said Friday he hasn’t “made any firm decision” on his future in the NBA. Speaking with reporters in a video conference the same day that TrueHoop reported a trade demand from the Oakland native was imminent, Lillard reaffirmed that his desire is […]