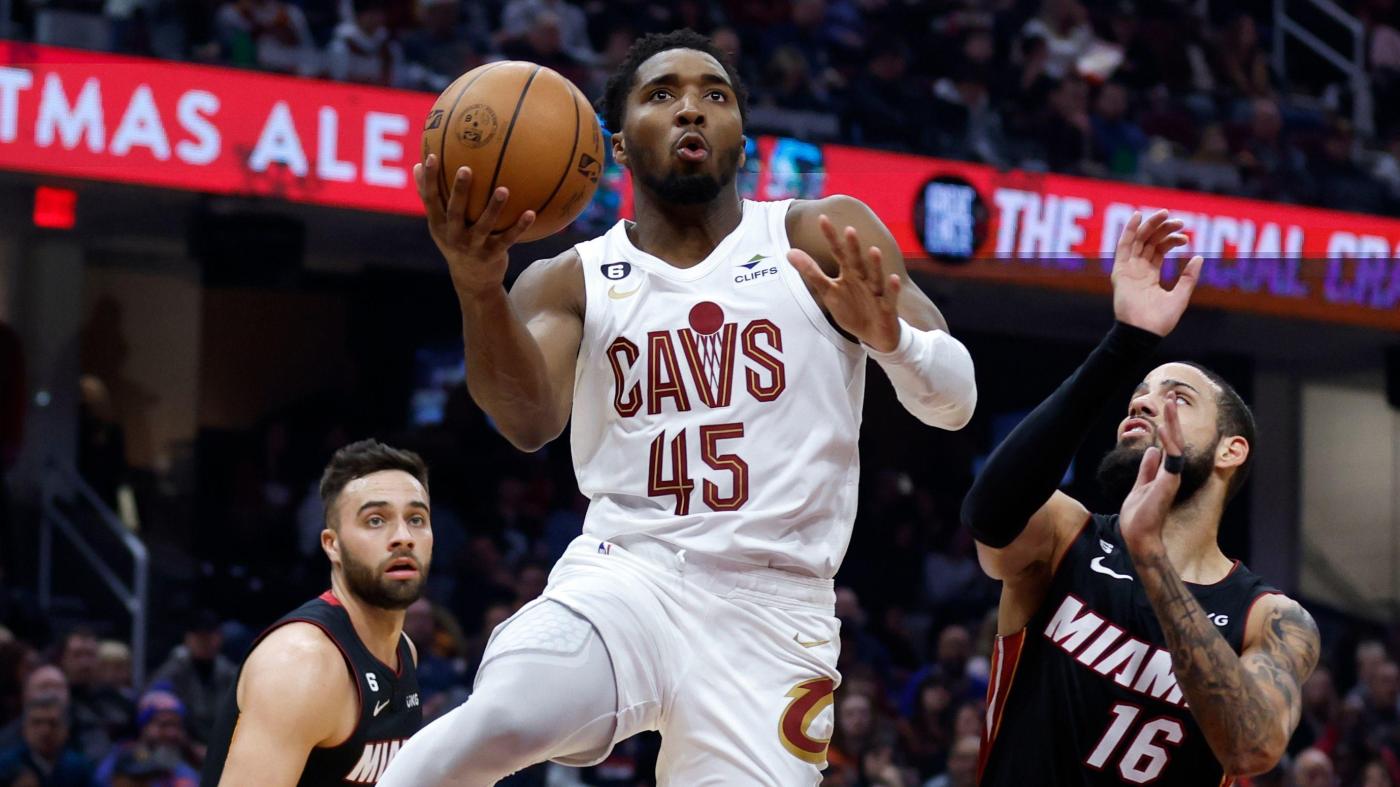 Observations and other notes of interest from Sunday night’s 113-87 loss to the Cleveland Cavaliers:

– As a way to temporarily hide a negative defender? Acceptable.

– But there is a reason that zone defense is considered a novelty in the NBA.

– Because eventually the novelty wears off.

– Yes, it worked against the level of opposition of the Wizards on Friday night.

– But the Cavaliers, with their ample weapons, upped the ante.

– Cleveland also with ample seams to attack the offensive glass.

– Which they did relentlessly.

– With Jimmy Butler out, the one-on-one defense takes a hit.

– But there still are Bam Adebayo and Caleb Martin.

– It used to be that the Heat’s man-to-man was efficient to the point it could mask the liabilities.

– The other option is to simply compensate on offense.

– But without Tyler Herro, that compensation is limited.

– And then turnovers certainly don’t help.

– So an 0-3 start to this four-game trip, with the Timberwolves on the second night of a back-to-back up next.

– With Butler back in Miami having his sore knee examined, and with Adebayo back after missing two games with a knee bruise, the Heat debut the Adebayo-Nikola Jovic pairing in their starting lineup.

– That shifted Martin to small forward.

– With Max Strus and Kyle Lowry starting in the backcourt.

– But did also get Dewayne Dedmon (foot) and Duncan Robinson (hand) back, after they missed Friday night’s overtime loss in Washington.

– Vincent said his current knee issue is not related to the knee issue he dealt with during the preseason.

– Haywood Highsmith who had a solid performance when brought out of mothballs Friday against the Wizards, played as the Heat’s first reserve.

– He was followed by Dewayne Dedmon and Duncan Robinson, who then entered together.

– Followed by Jamal Cain, making it a unique nine deep.

– Both of the Heat’s two-way players, Cain and Orlando Robinson, were active.

– Orlando Robinson was the lone available Heat player not to see action in the first quarter.

– It was as if the Heat were back in Toronto, with a combined five traveling calls on the two teams in the first quarter.

– “I mean that’s the league,” Spoelstra said. “The East right now is extremely competitive. You have a bunch of teams that are kind of grouped together. We’re not 20 games into the season. You tend to have an idea at that point, some of the direction of the conference. But I don’t think we’re going to get that indication for a while. I think it’s going to be super …read more

Brian Epstein became the Beatles’ manager, insisting that the band get paid more (and dress in suits and ties) for their gigs. Even if John Lennon didn’t like the idea of suits at first, he “went along” with it, according to his then-girlfriend Cynthia Lennon. John Lennon appeared as a member of the Beatles Photo […]

BERKELEY — A multi-vehicle collision that claimed a motorcyclist’s life and blocked multiple Interstate 80 lanes Thursday was under investigation, authorities said. Shortly after 1:25 p.m., California Highway Patrol officers responded to reports fo the collision in westbound I-80 lanes east of the Gilman Street on-ramp. When officers arrived, they learned that a motorcycle rider […]