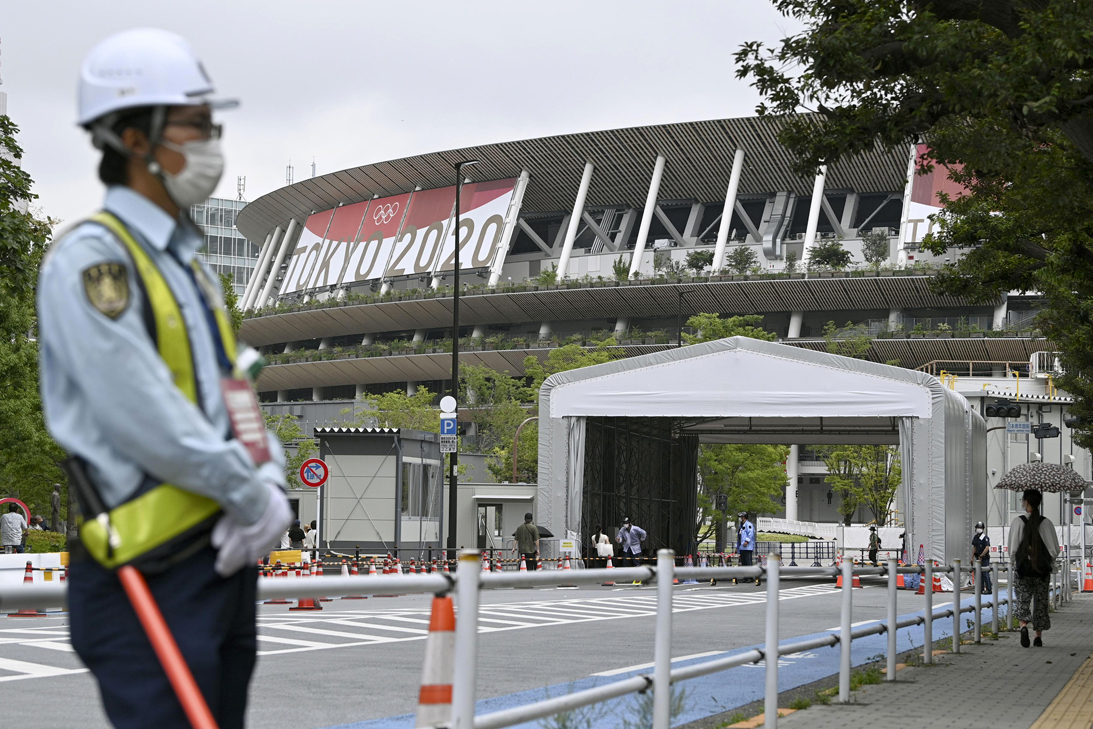 The troubled, pandemic-delayed Tokyo Olympics finally get under way this week, but without fans in the stands, will the global sports showcase still make for must-see TV?

Anxious NBC executives are surely breaking out in rivers of flop sweat.

COVID-19 cases are on the rise in Tokyo, and the games, postponed last year because of coronavirus fears, will be held in mostly empty venues to minimize health risks. Japanese Prime Minister Yoshihide Suga recently announced that a state of emergency will remain in place through the Olympics.

That’s a huge letdown for NBCUniversal, which spends billions for exclusive broadcast rights and counts on images of exuberant, flag-waving, fist-pumping spectators to amp up the excitement among viewers watching from home. No amount of cardboard cutouts, or piped-in crowd noise, can replace that kind of juice.

Adding to the disappointment is the jarring reality that many Japanese citizens believe the Olympics should just be canceled. Talk about a buzzkill. (As for Americans, a CBS News poll in late June revealed that a majority of Americans want the Games to go on.)

Still, NBC is going all in. The company plans to capture all the action — from aquatics to wrestling — with more than 7,000 hours of coverage across two broadcast networks (NBC and Telemundo), six cable channels (USA, CNBC, NBCSN, Olympic Channel, Golf Channel and Universo) and multiple digital platforms, including the year-old streaming service, Peacock.

Things get rolling in earnest with the opening ceremony on Friday, and because of the vast time difference between Japan and the U.S., NBC will broadcast the festivities live in the morning for the first time ever.

For bleary-eyed West Coast diehards, that means a 4 a.m. wakeup call. If that’s too daunting, you can stick with the network’s traditional prime-time broadcast on Friday night. It will feature special coverage of Team USA, along with the pre-recorded performances, pageantry and Parade of Nations.

And then, from Friday through Aug. 8, it will be a relentless onslaught of Olympics programming. Plan on spending lots of face time with Mike Tirico, NBC’s in-studio Olympics host.

But what we’ll undoubtedly miss are live audiences and the feel-good vibes they provide.

In addressing the situation with The Hollywood Reporter, an NBC spokesperson tried to put a positive spin on things, saying, “Although unfortunate, this won’t diminish the incredible stories and achievements of the athletes from Team USA and around the world.”

He could be right. The Olympic games — even with all their considerable flaws —  generally deliver a most compelling brand of reality TV. Few televised events have the power to move us to cheers, tears and gasps on a nightly basis.

But it’s the spectators who enhance the spectacle.

Anyone who witnessed the just-completed NBA Finals on ABC, with scenes of frenzied crowds once again packed inside — and outside — the arenas can attest to that. A year after playing games in empty, sterile “bubbles,” the Milwaukee Bucks and Phoenix Suns reminded us that sports are meant to be a boisterous, joyous, communal experience.

And TV ratings bear that out. …read more

Thanks as always to everyone who sent in questions for the mailbag. You can submit questions for future mailbags by email (wgoldberg@bayareanewsgroup.com) or on Twitter (@wcgoldberg). Let’s jump right in. Q: Adam Stanco recently was on a podcast with Chad Ford and said he took notice that the Warriors staff was absolutely in love with […]

With less than two weeks before the NBA Draft, the Warriors are putting the final touches on their draft board before getting set to use picks No. 7 and 14. This week, they’ve held workouts with several prospects who figure to be selected in the lottery. Chances are, one or two of the players who […]