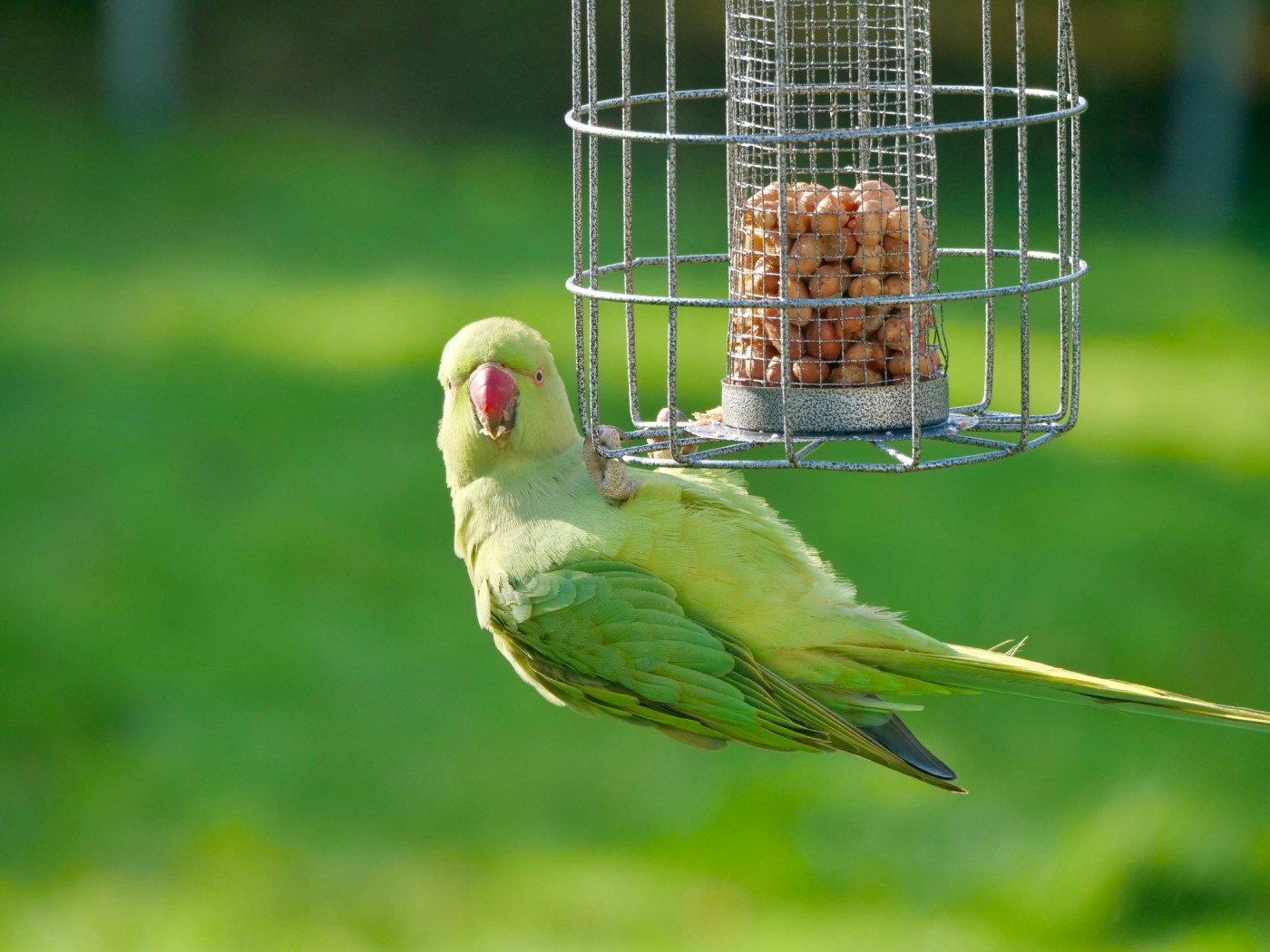 DEAR JOAN: I live in Willow Glen and have lots of large trees in my yard with lovely plants near by. The plants get covered, as do the walkways and umbrellas, with white droppings.

Yes, I have bird feeders and love the birds.

Are there different types of bird food and feeders to attract birds who don’t make such a mess? Other than hummingbirds?

DEAR LYNN: I’m afraid that with those trees and the welcoming space you’ve created, you’re going to attract birds, and they’re going to relieve themselves in your yard.

Your best option to reduce the mess is to reduce the number of visiting birds by cutting back on your feeders or rethinking your backyard organization.

I can’t believe I’m saying this, but let’s look at poop for a minute. Birds have a system where everything that’s coming out of them — poop, pee, eggs — goes through a single tubular cavity called the cloaca and then out a vent. The white stuff you’re finding is a combination of urine and feces, and is more urine than not.

Birds have a rapid digestive system and no bladder, which means things get moving fairly quickly. Smaller birds have to eliminate more often than larger birds, but the bigger birds make bigger splats. You could try feeding only the larger birds, with peanuts and corn, but you might also attract birds and other animals that you aren’t keen on. And the small birds would still be hanging around.

Birds evacuate their bowels whenever they need to, but they most often do it just before taking flight, which means feeding areas also turn into impromptu bathrooms. By moving the feeders away from your patio, umbrella, trees and plants, you’ll reduce, but not eliminate, the amount of droppings they leave in those areas.

I’m not sure this will help, but studies have shown that red cars receive more than their share of bird deposits, while green cars go mostly unblemished. If you have the option, you might consider getting a green umbrella and patio furniture …

And just a reminder that we’ve got a serious outbreak of salmonella among songbirds, so it would be a good idea to bring the feeders in until April, which will give you some time to consider your plan.

DEAR JOAN: I have another creature to add to the list of possibilities for the dark brown furry catlike mammal recently seen in a San Jose backyard.

I was in the Delta fishing, (when) a dark, chocolate brown mammal with a bushy tail appeared. I looked at my brother-in-law and said “What the heck was that?”

He didn’t know, and after searching the internet, we found it was an exact match for a mink. In my 60 years of fishing and exploring the Delta, it’s the only one I’ve seen.

LA dog has turned into a scaredy-cat during the pandemic

DEAR JOAN: My dog, Autumn, has become a scaredy-cat since the pandemic. Early fireworks, darkness of the evening hours — and now she will not complete a circuit around our favorite block. I am afraid when we all go back to work and school, she will be a wreck to stay home alone. What can […]

By DAVID RISING | The Associated Press BERLIN (AP) — A Bavarian radio station apologized Friday for a host’s comments comparing popular South Korean K-pop band BTS to the coronavirus, saying his choice of words had gone too far but was in no way meant to be “hurtful or racist.” The statement came after legions […]

A Contra Costa County firefighter and paramedic were reportedly shot Saturday night in Antioch. The two first responders were tending to a medical emergency around 9 p.m. Saturday near Auto Center Drive and Sycamore Drive in Antioch when gunfire erupted from a drive-by shooting, KRON4 has reported. Piedmont Fire tweeted late Saturday that it was […]