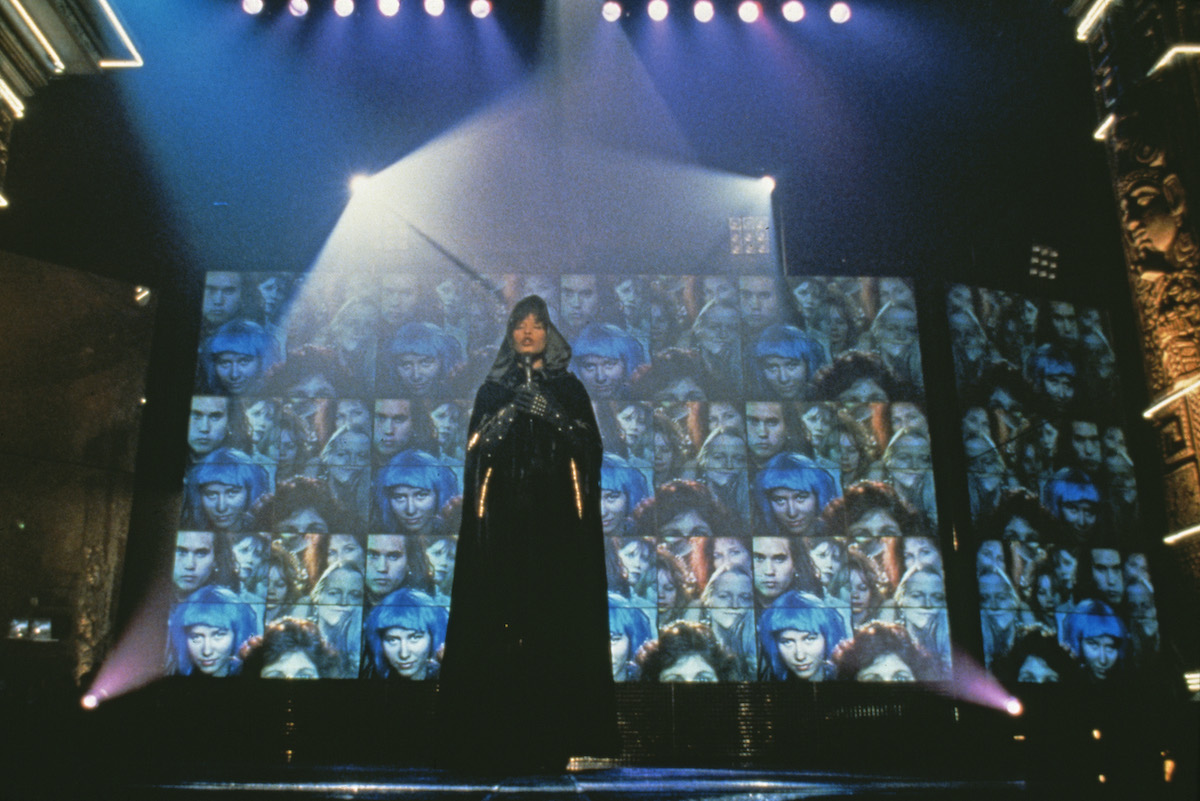 There’s no denying that Whitney Houston starring in The Bodyguard took her career to greater heights. The 1992 romantic drama starred Houston as a singing diva who is stalked by a crazed fan. Houston’s character falls in love with her straight-laced bodyguard hired to protect her. Kevin Costner stars as Houston’s bodyguard in the film. A condition set by Costner for the film made Houston intrigued to consider the role.

Whitney Houston stars in the film ‘The Bodyguard’, 1992 | Fotos International/Getty ImagesWhitney Houston was intrigued by the role because of Kevin Costner’s demand

The minute Costner became attached to the film, he made it clear that Houston must play his leading lady. “I got word that he wanted me to do this film and that he didn’t want anyone else to do it besides me,” Houston once revealed in an interview. “That intrigued me. [I thought to myself] ‘Why can’t anybody else do this film?’”

Related: ‘The Bodyguard’ Remake Is in the Works 30 Years After Whitney Houston’s Debut

Costner was not joking, explaining that he delayed filming several times to try and accommodate Houston’s hectic touring schedule. “We postponed the movie for a year to wait for Whitney,” Costner said. For Costner, Houston was worth the wait. “There’s an exotic quality to Whitney, there’s this thing about her and guys are in love with her,” he added.

Still, Houston had to prove to the film’s executives that she was worth the role. It would be her first film role and executives wanted to make sure she was the right fit. “We were obligated to screen-test her,” Costner explained. “I didn’t feel that we needed to but giving her this role in this movie, I felt that she could. Not very many Whitney’s come along.”

The film became the most popular movie of the year

Costner’s gut proved to be golden. The film was released in November 1992 and came in third its opening weekend. The Bodyguard spent 10 weeks on the Top 10 film list. By the end of its theatrical run, the film grossed $121 million in the US, and $410 million worldwide.

Critics’ reviews on the film were mixed, but audiences loved it. It was coined the “date-night movie” of the year. The film was praised for showcasing an interracial love story with Costner and Houston in its leading roles. An accompanying music soundtrack only catapulted the film to even greater heights.

Related: Whitney Houston Contributed to 2 of the Bestselling Soundtracks of All Time

Released in December 1992, The Bodyguard soundtrack featured original songs with Houston and songs featured in the film. It became the first album verified by the Nielsen SoundScan computerized sales monitoring system to sell more than 1 million copies within a one-week period. It later took home the Grammy Award for Album of the Year. Since its release, the album has been certified platinum over 18 times.

The soundtrack features multiple successful singles on the Billboard charts, including the film’s signature …read more

After bringing its thrilling story into Gotham City, Titans is winding down for the season. But according to star Brenton Thwaites, the final episode of the DC series will come with a few goodbyes.  Brenton Thwaites as Nightwing in DC ‘Titans’ | HBO Max‘Titans’ already lost two heroes in Season 3 Season 3 of Titans […]