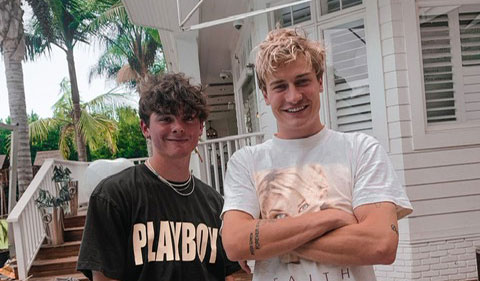 Every person out there has a dream and aspiration to achieve something in their life. However, society often works on dismissing most of them as pure noise by telling them that they’re not intelligent or good enough or that they lack “that something.”

However, those who rise above those comments and actually achieve something are the people who make the world go around. One of those people is Carter Jamison, a social media entrepreneur, CEO of three tech startups, and CEO of four companies. He just turned 18 and manages his vast enterprise while still in high school.

Jamison’s entrepreneurial journey in the social media industry started in 7th grade. As he explains, he used to play video games with his friends and exchange funny videos and memes with them, but with one exception: he made an account to store all the content he found funny.

“After running the account for a few days and posting what I thought was funny, I noticed I was gaining a trickle of followers. Then I saw other similar accounts with 10,000 followers and 100,000 followers,” Jamison says. “That’s when I had this dream. I wanted to grow my account to have what I thought of as a big account like theirs.”

After a few years, Carter Jamison had grown multiple meme pages to over 1 million followers, on which he sold promotions for $100 to $150. However, the real boom in his entrepreneurial career came when people started asking him how he grew his follower base. “I started building connections and moved out of the meme account space, and people started asking me how I grew all of my followers and offered to pay me to grow theirs,” he says.

Today, Jamison is a highly successful social media entrepreneur who helps other people to build their social media presence through his company, Gateway Giveaways, and carefully crafted Giveaway Growth Campaigns. “My current services are Instagram growth through celebrity campaigns. Basically, a celebrity posts a giveaway with highly wanted prizes,” says Jamison. “After that, they instruct their fans to follow a list of people in order to enter a giveaway. I sell spots on those lists as a quick way for my clients to expand their social clientele and presence.”

However, Carter Jamison points out that he wouldn’t be in the place he is today if it wasn’t for his persistence and focus. He further adds that the thing that he regrets the most is wasting time on distractions. “I have noticed that, when I get distracted by things that aren’t a part of my goals, I end up wasting tons of money, time, and effort when I could be working,” says Jamison.

As he explains, even though a lot of his competition had a high number of followers and views, he had managed to outperform them simply by outworking them. “Mindset is everything. Whoever is the most hungry for what they are working for will always end up on top even if they are starting …read more

‘Pokemon Go’ analysis: Will Oshawott Community Day be worth it?

One of my favorite Pokemon is Oshawott, mainly because it looks like an otter evolving into a samurai. The shell on its stomach acts as a weapon, and as it goes from Dewott to Samurott, the Sea Otter Pokemon becomes a formidable one with more armor and weapons. Now, the water starter from the Unova […]

‘Tick Tick… Boom!’: How Lin-Manuel Miranda Got Andrew Garfield to Play the Role of Jonathan Larson

After the success of In the Heights, Lin-Manuel Miranda is ready with his feature directorial debut Tick Tick… Boom! The musical will have its world premiere at the American Film Institute Fest on Nov. 10. The musical drama is based on the life of playwright Jonathan Larson. Miranda has ventured into the feature film world […]

SAN FRANCISCO — The Giants could have three key contributors to their first-place season back in the fold soon. Starting pitcher Alex Wood, who was sidelined with symptomatic COVID-19, threw a bullpen before Monday’s game against the Padres at Oracle Park. Giants manager Gabe Kapler said that there was “no roadmap in place “for his […]