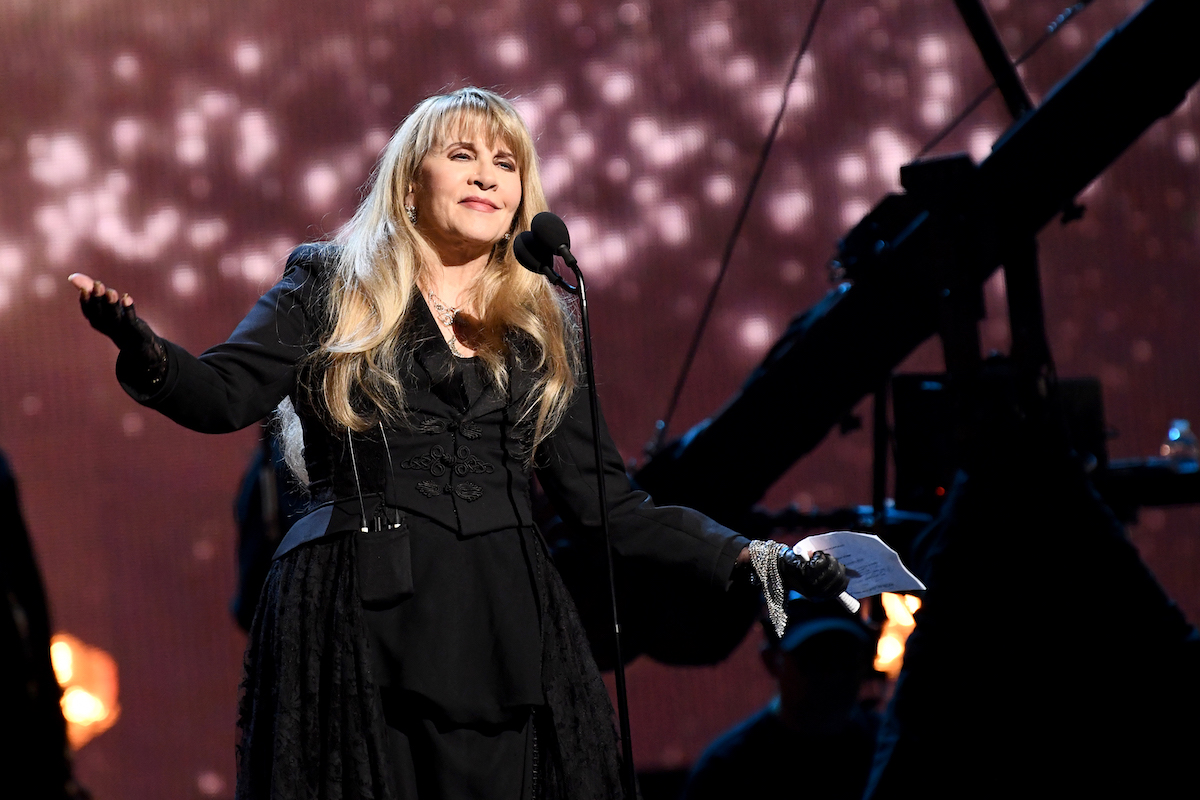 On Sept. 21, Stevie Nicks teased the upcoming release of a new song on her

Stevie Nicks has new music out, but some fans are left underwhelmed by the Fleetwood Mac star’s latest song, “For What It’s Worth.” Here’s what we know about the track and what Nicks’ fans said about it.

On Sept. 21, Stevie Nicks teased the upcoming release of a new song on her Instagram. The singer shared a photo of a handwritten note telling fans what to expect from “For What It’s Worth.”

“I am so excited to release my new song this Friday,” the “Dreams” singer wrote in careful cursive letters. “Its [sic] called ‘For What its [sic] Worth” and it was written by Stephen Stills in 1966. It meant something to me then, and it means something to me now.”

Nicks continued, “I always wanted to interpret it thru the eyes of a woman – and it seems like today, in the times that we live in – that it has alot [sic] to say… I can’t wait for you to hear it.”

On Sept. 23, Stevie Nicks released her cover of Buffalo Springfield’s “For What It’s Worth,” putting a feminine twist on the 60’s protest anthem.

Nicks sings the 56-year-old song’s recognizable lyrics, “There’s something happening here/ But what it is ain’t exactly clear/ There’s a man with a gun over there/ Telling me I got to beware/ I think it’s time we stop, children, what’s that sound?/ Everybody look, what’s going down?”

Stevie Nicks also has a 2011 song titled “For What It’s Worth,” which she recorded with Mike Campbell for her album In Your Dreams. Although the singer clarified in her Instagram post that she was releasing the version written by Stephen Stills, many fans were disappointed to hear a cover instead of a new Nicks song.

“It’s okay but I think Springfields is better, I always think the first version I heard is the best,” one fan tweeted.

“Stevie Nicks released a remake of For What it’s Worth, and it’s fine,” another fan tweeted. “But it’s basically note for note same as the original. Was it necessary? Probably …read more

Herbert to be sworn in as next police chief in Brentwood

BRENTWOOD – Captain Tim Herbert, a longtime Brentwood police officer, will be the city’s new police chief, replacing Tom Hansen, who is retiring next week. Herbert was promoted after an internal recruitment and interviews by Brentwood city leaders and City Manager Tim Ogden. He will become chief on Sept. 28, while Hansen will hang up […]

Kate McKinnon | David Livingston/Getty Images McKinnon originally started up in comedy eight years before making her way onto Saturday Night Live in 2012. She began as a featured player for her first season, but she was promoted to repertory status for season 39 the following year. Additionally, McKinnon won two Primetime Emmys for Outstanding […]

PITTSBURG — With only one incumbent and four other candidates vying for three open positions, the makeup of the five-member Pittsburg City Council could change drastically. Mayor Holland White announced he would not seek re-election and Councilmember Merl Craft decided the same. That leaves Vice Mayor Shanelle Scales-Preston as the only incumbent running, along with […]