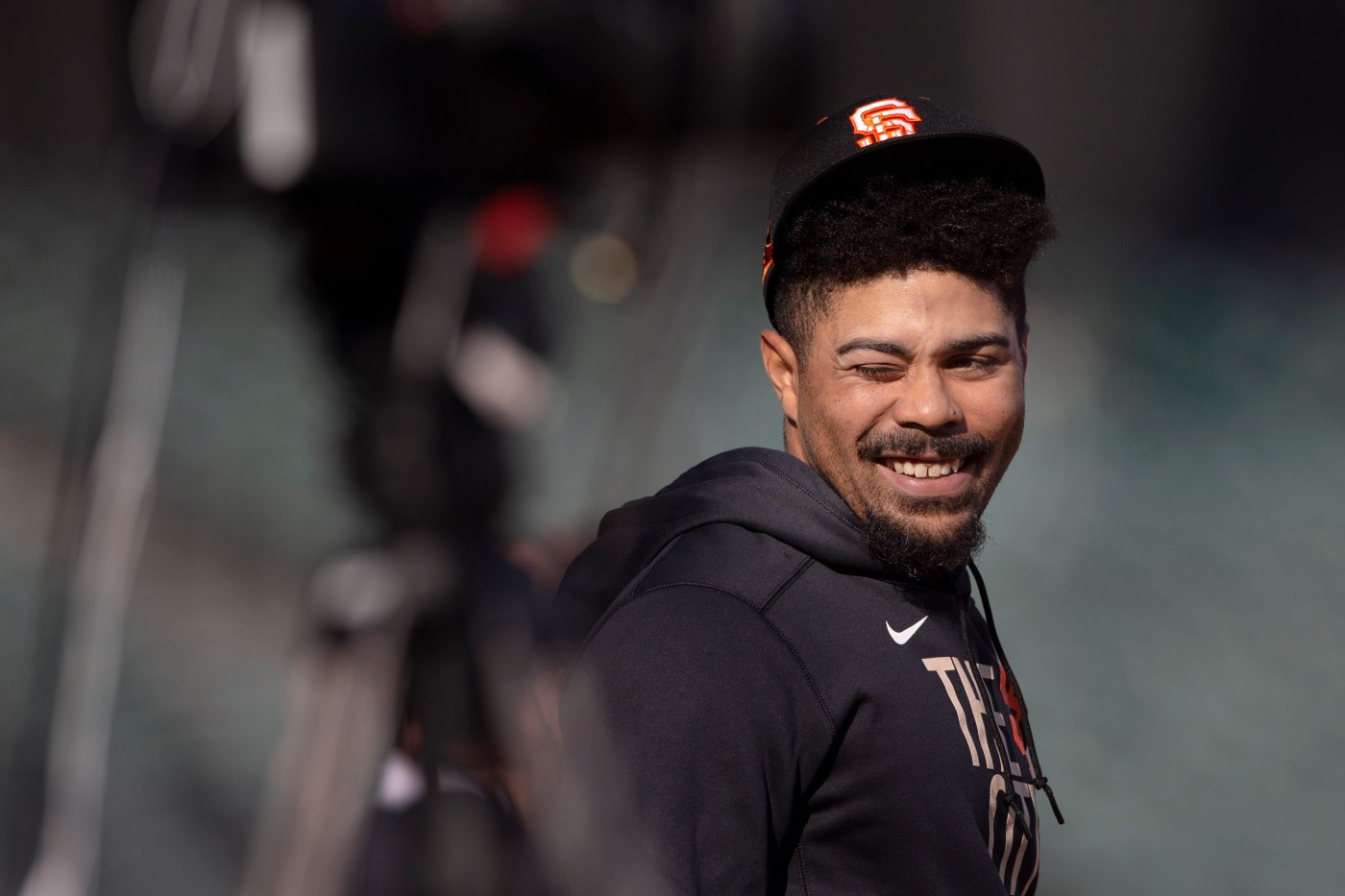 LOS ANGELES — Emily and LaMonte Wade Sr. have been something of a good luck charm for the San Francisco Giants and their son, outfielder LaMonte Wade Jr.

But the pair aren’t expected to be in attendance at Dodger Stadium to watch their son take on Max Scherzer and the Los Angeles Dodgers for Game 3 of the National League Division series. They have a more pressing matter to attend to.

“Shows where her priorities are,” Wade Jr. joked. “But, no, she’s having fun with it. They will definitely be watching.”

Wade Jr.’s mom wasn’t in attendance for the NLDS’s first two games in San Francisco, either, but watched on TV as the Giants and Dodgers drew a 1-1 series tie with the rivalry heading to Los Angeles for the next two games. Wade Jr.’s parents will watch Game 3 and 4 on TV, too.

Is the SF Giants’ home run dependence a fatal flaw in the playoffs or a strength in modern baseball?

The odds are stacked against the SF Giants in NLDS Game 3, but that’s when they thrive

Wade Jr.’s parents became ballpark fixtures this season. Wade Jr. hit a walk-off home run in a July win over the Arizona Diamondbacks that sailed over his mom’s head in the bleachers. The 27-year-old has earned the nickname “Late-night LaMonte” for hitting six game-tying or go-ahead hits in the ninth inning this season, which is the most by any MLB player in a season over the last 40 years.

In his first season with the Giants, Wade Jr. is primarily used against right-handed pitchers, batting .268 against righties with an .860 OPS and 18 home runs in 299 at-bats.

By QASSIM ABDUL-ZAHRA BAGHDAD (AP) — Iraqis voted Sunday in parliamentary elections held months ahead of schedule as a concession to a youth-led popular uprising against corruption and mismanagement. But the voting was marked by widespread apathy and a boycott by many of the young activists who thronged the streets of Baghdad and Iraq’s southern […]

Locke & Key‘s first season on Netflix saw the Locke family getting wrapped up in supernatural phenomena well beyond their grasp — and season 2 doesn’t look like it’s letting up on that front. The latest trailer for the show’s second outing promises huge obstacles ahead for the Locke family. It also gives a bit […]