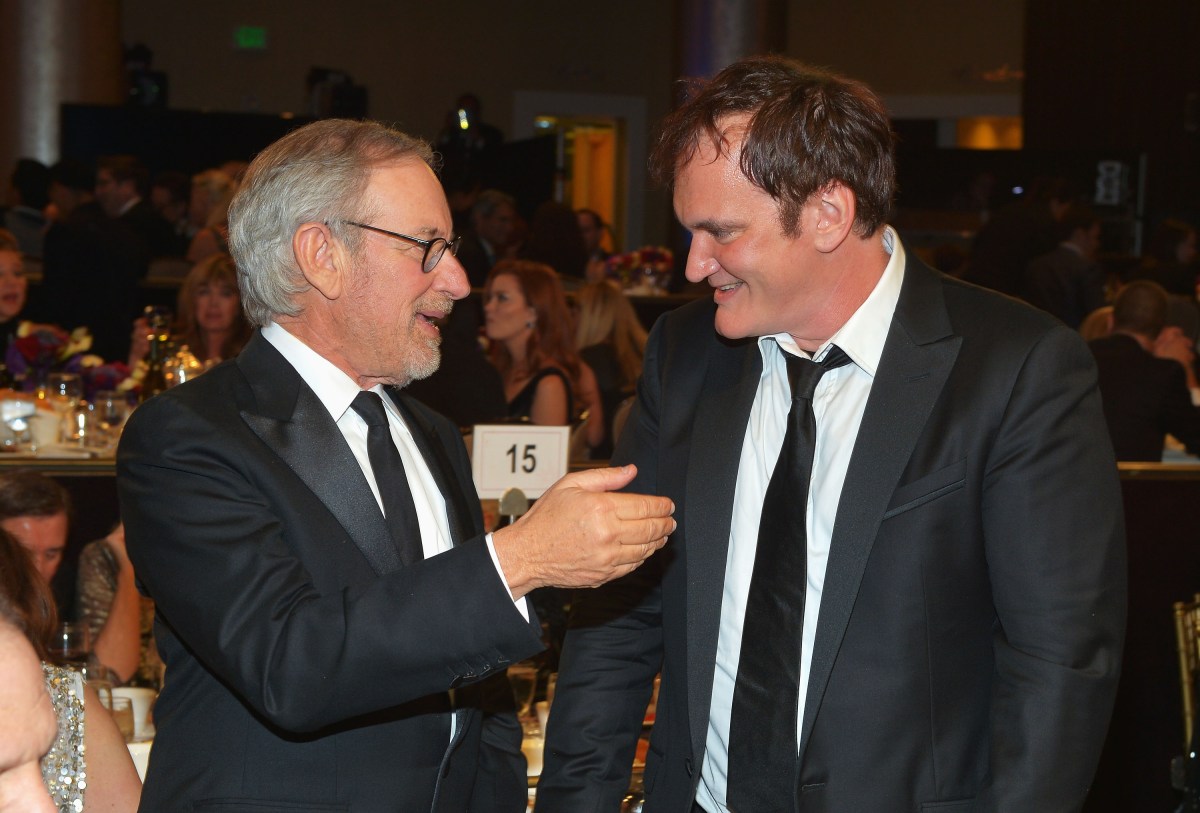 There will never be a unanimous candidate for “best movie ever made” as it is incredibly subjective. Almost everyone will have a difference of opinion. Movies like The Godfather and Citizen Kane are often thrown in the mix for the influence they had on the industry going forward. However, director Quentin Tarantino, who has directed several influential movies, says the best movie ever made is one made by Steven Spielberg.

Quentin Tarantino has proven to be a massive movie fan

Most directors have a love for movies and filmmaking, but Tarantino has proven to be a major cinephile. He has a love for film that stretches across various genres. He has made crime dramas like Reservoir Dogs and Pulp Fiction, Westerns including Django Unchained and The Hateful Eight, and action movies such as Kill Bill.

His love for movies is shown off most in his last movie, Once Upon a Time in Hollywood, which is a love letter to Hollywood during the late 1960s and early 1970s. It features many references to early stars like Bruce Lee and Sharon Tate while also showcasing detailed looks at what filming looked like at the time. Quentin Tarantino has an intense knowledge and love for film, so for him to declare a movie the best one ever made is notable.

Quentin Tarantino calls ‘Jaws’ the best movie ever made

“Maybe not the greatest film. But it’s the greatest movie ever made,” Quentin Tarantino said of #Jaws. “And then there are other movies that can get in its rarefied air. But as far as a movie, there’s no making it better than ‘Jaws.’”https://t.co/of9WbkUtr2

In an interview on Cinemablend’s podcast, Reelblend, Quentin Tarantino discussed all things cinema and later declared Steven Spielberg’s Jaws to be the best movie ever made. While he says it is the best movie, he says it may not be the greatest film, which is an important distinction for him.

Regarding the distinction between a “movie” and a “film,” it appears as though Tarantino considers a “movie” to be more of a spectacle experience while a “film” is more of the independent, artsy kind of product. So, for Tarantino, Jaws is a spectacle that goes above and beyond any other movie of its kind.

“What I meant by that, to one degree or another, is that Spielberg and a lot of his cohorts grew up seeing those kinds of movies in the theater. Henry Levin’s Journey to the Center of the …read more

By Matt McFarland | CNN Business “Full self-driving,” the controversially named driver-assist feature from Tesla, may have finally met its match. Tesla’s foil isn’t a silver-haired US Senator, world-class autonomous driving experts, or some of the country’s preeminent safety advocates. They’ve all warned that “full self-driving” isn’t really full self-driving. The technology is designed to […]

SAN JOSE — A construction giant has alerted residents that at least three downtown San Jose buildings may be bulldozed, potentially within weeks, as the early stages of Google’s transit-oriented neighborhood take shape. Patty’s Inn, a long-shuttered bakery and phone company building, and the site of a long-time Airgas store could be headed for the […]

Thousands of Kaiser therapists across Northern California went on strike Monday, pushing for improvements in staffing and shorter wait times for clients — a move that left a large number of members without immediate access to mental health resources starting this week. Workers in San Jose, San Francisco, Sacramento and Fresno picketed at the entrances […]