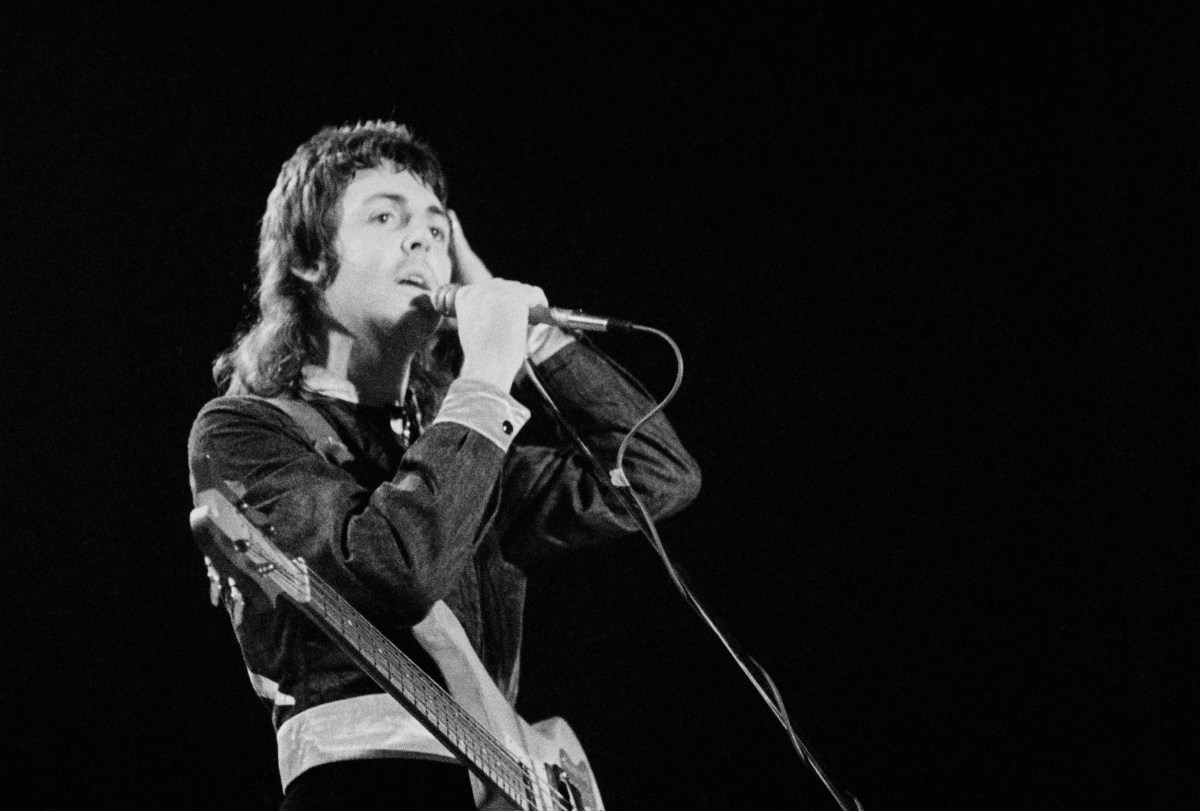 After The Beatles broke up, each member tried to separate themselves from the record-breaking band. Paul McCartney formed Wings shortly after leaving The Beatles, but he knew the group needed a fresh identity. While many fans came to concerts expecting McCartney to perform a few Beatles tracks, Macca refused to do so for the first few years of Wings.

Shortly after leaving The Beatles, McCartney released his first two solo albums: McCartney (1970) and Ram (1971). While his solo career was going well in the early 1970s, McCartney still desired to form another band. In 1972, the former Beatle started Wings with his wife, Linda, on the keyboard, Denny Seiwell on drums, and Denny Laine on guitar.

The band lasted until 1982 and had a changing roster over the years. While Wings never reached the peaks of The Beatles, the band still found plenty of success in the 1970s, with hit songs like “Band on the Run,” “Jet,” and “Silly Love Songs.” McCartney proved that his musical talents exceeded past The Beatles, even though the fab four was a match made in heaven.

In an interview with his website, Paulmccartney.com, Paul McCartney explained why Wings didn’t play Beatles songs in the band’s initial years. He wanted the band to establish its own identity. Fortunately, the band started accumulating hits, meaning audiences went to concerts hoping to see more than The Beatles’ greatest hits. It wasn’t until the 1975-1976 Wings Over the World tour that the “Blackbird” singer felt comfortable playing Beatles’ songs.

“Previously, all of the efforts had been to establish Wings and to make something that wasn’t like a Beatles tribute band. But once we had a few hits with Wings –  and Band on the Run was a really big hit album – we had some of these hits in our repertoire, and it did feel like, ‘Oh, it’s okay, now we can do Beatles stuff!’ And It was quite a relief in a way because I’m always sort of conscious of what the audience wants because my audience isn’t a narrow audience, it’s quite a wide group of people. There’s a very good chance that they want to hear hits that they’ve heard you do in your career. So, if you don’t do ‘Hey Jude,’ they’re probably a bit disappointed, you know. And we hadn’t done anything like that at that point.”

#OnThisDay in 1975, the Wings Over The World tour kicked off in Southampton, England! ?

? From the Wings Over America leg #OTD #Wings #PaulMcCartney pic.twitter.com/akRScPxeSt

Why Paul McCartney Said Leading Wings Was the ‘Biggest Headache’

Like The Beatles, McCartney knew Wings would require a few trial runs before becoming something great. …read more

Sharks have spirited start, but predictable finish in loss to NHL’s best team

Sharks winger Timo Meier started Sunday’s game with Boston in a somewhat unpredictable fashion, dropping the gloves with Bruins defensemen Brandon Carlo just 27 seconds into the first period. It was only the third fight of Meier’s seven-year NHL career. The rest of the game was slightly more foreseeable, as the Sharks managed just 11 […]

The Bonzo Dog Doo-Dah Band was a comedy rock group formed in the 1960s. The band only had one hit song, which isn’t surprising since their hit was produced by Paul McCartney. However, many of his fans wouldn’t know about his involvement as he produced the track under a pseudonym.  Paul McCartney was a fan […]