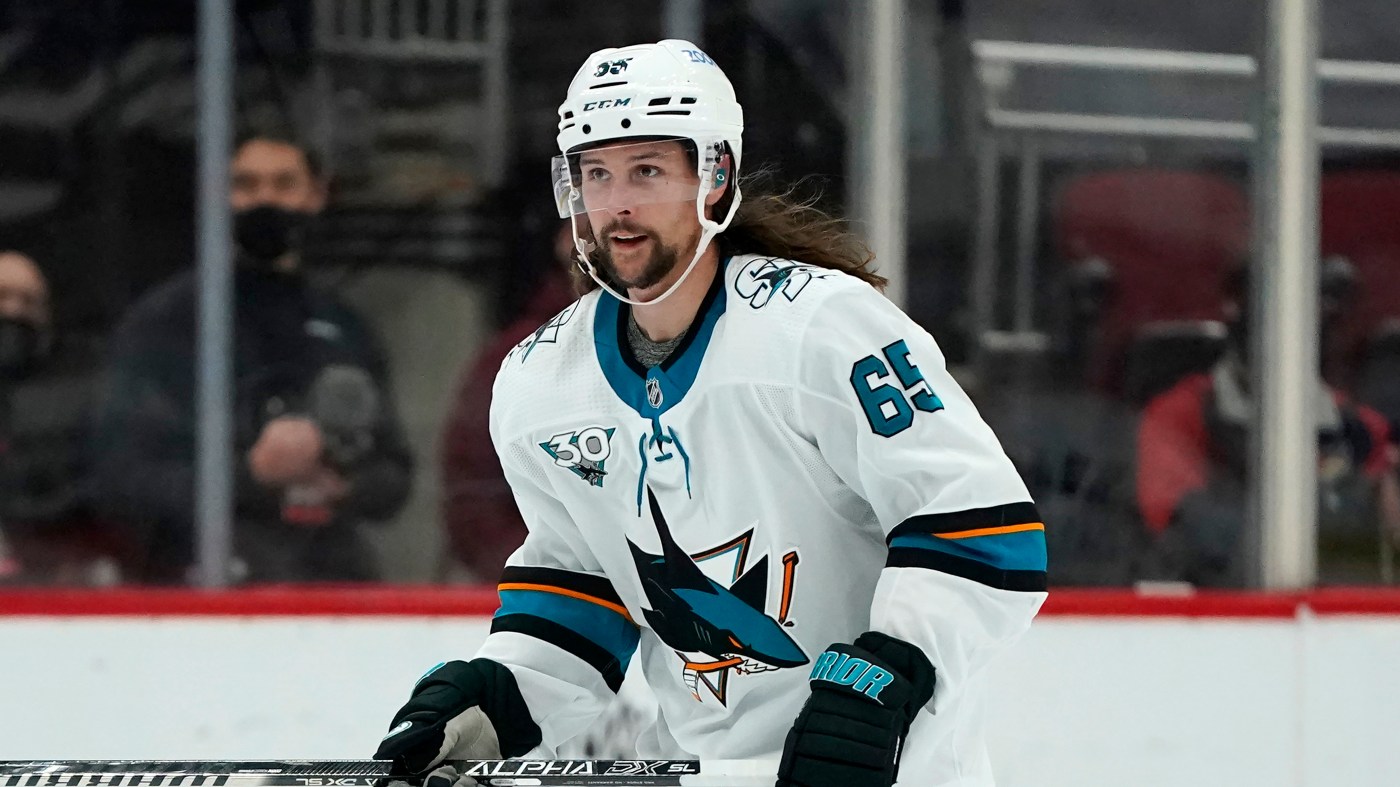 The Sharks’ makeshift defense corps will stay intact for at least one more game as both Radim Simek and Erik Karlsson will be unavailable for Monday’s home game with the Minnesota Wild.

Simek and Karlsson have each missed the last three games since they were both unable to finish the Sharks’ Feb. 13 game against Vegas at SAP Center. Simek had an upper body injury after two run-ins with Golden Knights forward Jonathan Marchessault, and Karlsson was unable to play the final 11 minutes of the third period because of a groin injury, which Karlsson said last week is different from the one he incurred two years ago.

Boughner said the Sharks hope to get Karlsson skating again by mid-week. Karlsson skated briefly last Wednesday before the Sharks’ flight to St. Louis, but had to quickly shut it down.

“If anything, what he’s learned from the last time around is catching it early,” Boughner said.

Boughner and Karlsson spoke Sunday at the Sharks’ practice facility about the need for patience right now.

“He wants to come back healthy and know that he could be a difference maker and not play as a seven out of 10 kind of player,” Boughner said. “He understands how important our games are coming up here and getting to the middle of March and having a run at home. Just try to be smart about it and I think he’s settled into the fact that the team is playing well, and that he wants to come back and when he does, he wants to be a difference maker.”

With Fredrik Claesson and Nicolas Meloche stepping into the lineup as replacements, the Sharks have gone 2-0-1 in Simek and Karlsson’s absence, beating the Anaheim Ducks on Feb. 15 and going 1-0-1 in a two-game series with the St. Louis Blues on Thursday and Saturday.

In their two games with the Blues, the Sharks, per naturalstattrick.com, created 23 high-danger scoring chances at even strength and allowed 14. The Sharks have changed some of their coverages in the defensive zone, but have also played a more straight-ahead, simple game.

“When somebody goes down, other guys step up and the two d-men have come in and filled the their absence really well,” Sharks defenseman Marc-Edouard Vlasic said Monday about playing without Karlsson and Simek. “As a team, I think we’ve played structured, disciplined to our system, and when you play well defensively, good things happen offensively.”

“It’s preparing for opponents and trying to play our own game and keep that identity that we’ve sort of found in the last little while,” Boughner said when asked if he’s made any systemic adjustments without Karlsson. “Obviously, we want him back and we need them back and we want …read more

RICHMOND — The City Council reversed course on a decision it made earlier this month to prioritize the mostly vacant Hilltop Mall as a site for unhoused people to stay in their cars and RVs after the plan was met with intense opposition from Hilltop area homeowners. Instead, after an hours-long public meeting Tuesday night, […]

Rolling back criminal justice reform would be a tragically misguided response to acts of violence against Asian-Americans in the Bay Area. And it would do nothing to make our communities safer. We are Asian-American attorneys — born, raised and living in the South Bay — practicing criminal defense law in Santa Clara County. We are […]

SAN BENITO COUNTY – Two suspects have been arrested in the killing of a Salinas man whose skeletal remains were discovered in San Benito County last month, authorities said. Found on Salinas Grade Road on Jan. 6, the remains were identified by the Santa Clara County Medical Examiner-Coroner’s Office as those of Saul Venegas, who […]