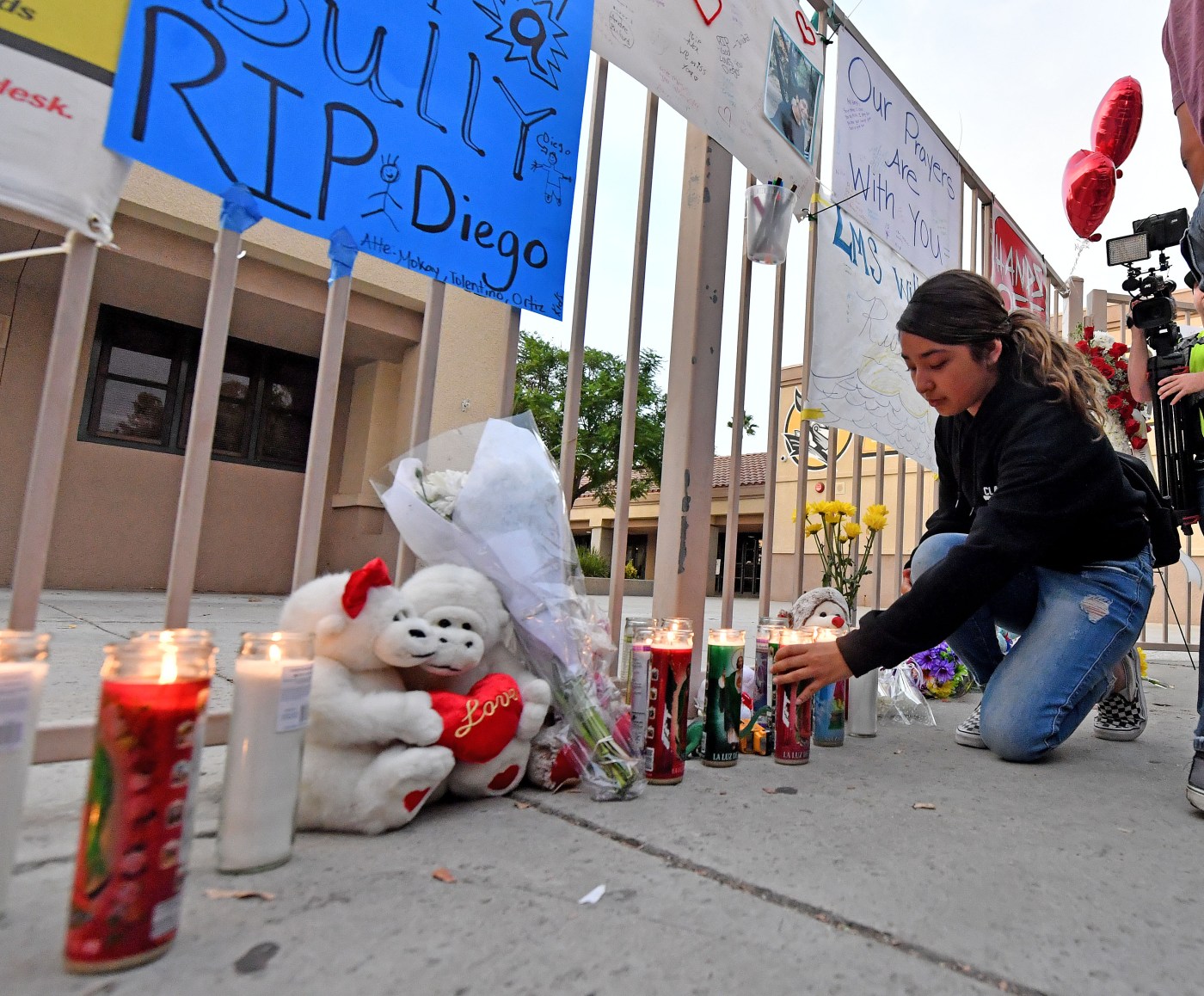 When lawyers representing Moreno Valley Unified School District argued that 13-year-old Diego Stolz and his family were partly to blame for his death at the hands of two bullies, it wasn’t the first time such an argument was used — and likely won’t be the last.

“I think it’s a disgusting strategy,” said lawyer Morgan Stewart, whose Irvine firm has sued districts whose defense attorneys have responded by blaming his clients for their alleged abuse. “It bothers me at a core level.”

Lewis Brisbois Bisgaard and Smith, the Los Angeles law firm representing Moreno Valley Unified, was removed from the case in December. According to Superintendent Martinrex Kedziora, their new attorneys won’t be saying that Stolz or his family were partly complicit in his death. That original strategy drew condemnation from Stolz’s family and community members.

It’s not hard to find other examples of the strategy used by law firms representing districts across Southern California.

In December 2017, lawyers representing the Riverside Unified School District argued that four Liberty Elementary School students, ages 9 and 10, were negligent and careless when they were molested, prosecutors allege, by technology aide Fernando Figueroa. In 2018, the district settled with students’ families for $6.2 million. Figueroa was sentenced to 20 years to life in state prison in 2019.
In June 2018, lawyers representing the Santa Ana Unified School District argued that the behavior of minor boys who Huntington Beach police say exchanged explicit text messages with Segerstrom High School baseball coach Carlos “CJ” Salcito Sales Jr. outweighed the impact of the district’s actions or inactions in the case.
In January 2019, lawyers for the Los Angeles Unified School District argued the damages done by Polytechnic High School wrestling coach Terry Gillard, to teens he manipulated into sex were due to the victims failing to “care for themselves” and their own negligence. Gillard was sentenced to 71 years in prison.
In July 2019, lawyers for two firms representing the San Bernardino City Unified School District argued that a 15-year-old Indian Springs High School student was partly complicit and negligent in sexual abuse police allege was done by teacher Nicole Kelly.
In February and September 2020, lawyers representing Redlands Unified argued that two former teenage boys sexually assaulted by ex-Clement Middle School teacher Sean Ramiro Lopez failed to “exercise reasonable effort” to prevent their assaults. Lopez was sentenced to 74 years in prison for assaults on three middle-school boys.

The strategy has also been used in recent years by lawyers representing the Barstow and Torrance unified school districts, according to court filings.

Los Angeles Unified declined to comment on their defense in the Gillard lawsuit, but spokeswoman Shannon Haber wrote in an email that the district “places the highest priority on student safety in all of our schools, and we take allegations of misconduct seriously.”

San Bernardino City Unified also declined to comment on the Kelly case, citing the ongoing litigation, but noted “the facts of this case have not been established.”

The district and its attorneys believe “that a …read more

By TOM KRISHER | The Associated Press DETROIT  — The U.S. government’s auto safety agency has rejected a request to investigate unintended acceleration in Tesla electric vehicles, saying the acceleration was caused by drivers pushing the wrong pedal. Brian Sparks of California, petitioned the National Highway Traffic Safety Administration in December of 2019 asking for […]

The Latest: Psaki says Biden will call Trudeau on Friday

The Sharks had just wrapped practice on the morning of Jan. 9 and captain Logan Couture didn’t waste any time getting back to the team’s nearby hotel in Scottsdale, Arizona. The Buffalo Bills’ playoff game with the Indianapolis Colts was already underway. “I don’t even know if he showered,” Sharks forward Kevin Labanc said that […]