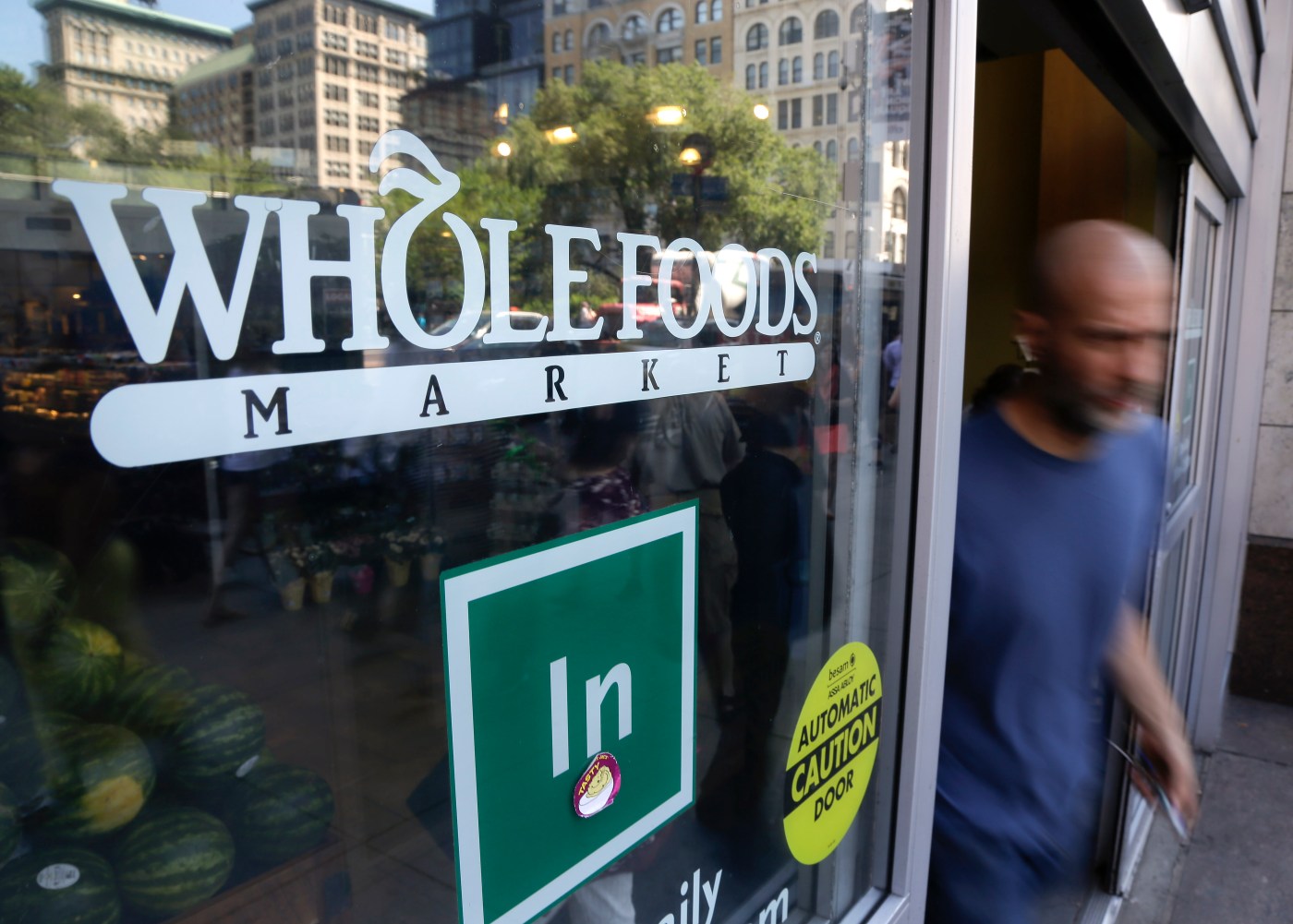 With millions of Americans still sheltering in place and cooking their own meals, the grocery industry has been one of the few bright spots in an otherwise battered U.S. economy. Unless, that is, you are Whole Foods Market, the upscale chain acquired three years ago by Amazon.com Inc.

Trips to Whole Foods in September were down 25% from a year earlier, according to Placer.ai, which tallies retail foot traffic from some 30 million mobile devices. Some of the decline is due to consumers consolidating shopping trips and buying more groceries online, but the traffic decline at Whole Foods is much steeper than at Walmart, Kroger and Trader Joe’s.

Visits to Albertsons, meanwhile, actually increased last month, compared with a year ago. And though Earnest Research estimates that Whole Foods sales (including online) rose by as much as 10% during the pandemic, some rivals are posting twice the gains.

“Everyone is buying more everywhere, but total customers are actually down for Whole Foods,” Michael Maloof, who tracks consumer habits for Earnest Research, said in a telephone interview. “Whole Foods is in a uniquely horrible place.”

Amazon doesn’t break out Whole Foods sales, so getting a complete picture of the chain’s travails is difficult. But few grocers were more awkwardly positioned for the pandemic, analysts say. The stores were rarely a one-stop destination before the outbreak even for fans. The company expanded its prepared meals sections for office workers seeking lunch or dinner on the go, but now those customers are homebound. And Whole Foods shoppers who have time to visit stores often confront long lines and aisles crowded with gig workers paid to fetch online orders.

Meanwhile, despite expectations that the world’s largest e-commerce company would use Whole Foods to re-invent food shopping, Amazon has opted to open a separate chain called Amazon Fresh. The first opened recently in Woodland Hills, a suburb of Los Angeles, with several more are on tap in Southern California.

Some analysts have even soured on Amazon’s $13.7 billion acquisition of Whole Foods. Bill Bishop, a longtime grocery industry consultant and founder of the consulting firm Brick meets Click, says the deal was probably well-thought-out at the time but in retrospect was a “strategic error.”

In an emailed statement, a Whole Foods spokeswoman said: “Whole Foods Market continues to grow, and we strongly dispute this portrayal of the health of our business. In addition to offering a safe in-store shopping experience, we’re proud we’ve been able to rapidly expand grocery delivery and pickup to meet the needs of customers.”

Presented with the data points used in this story,  she didn’t specify which, if any, were inaccurate reflections of the grocer’s business. The spokeswoman also declined to discuss the company’s sales performance.

Chief Executive Officer John Mackey has said in recent interviews that sales of meats and other categories surged during the pandemic on buying from shoppers cooking at home.

“People are going through their entire retirement funds to sustain their lives. The convention center, theater and music industry is the lifeblood of any city. I’m afraid we won’t survive six more months of this.” — Bill Fairweather, president of the International Alliance of Theatrical Stage Employees Local 134 in San Jose, whose 1,500 workers […]

Voters of Santa Clara County need to know their options for casting a ballot in the Nov. 3 election. With a little forethought and planning, there’s no reason why eligible voters can’t make their voices heard in a manner that’s easy, accessible and — most important — safe. Yes, these are trying times ahead of […]

Eight months in, California is containing COVID-19 as other states spike. Here’s why.

Eight months into the coronavirus pandemic, California has become a rare case: a state that has contained the transmission of COVID-19 and isn’t experiencing another surge — yet, at least. Nationwide, daily infections are up one-quarter in the last two weeks, and the country just reported its most in a single day since July. Lightly […]