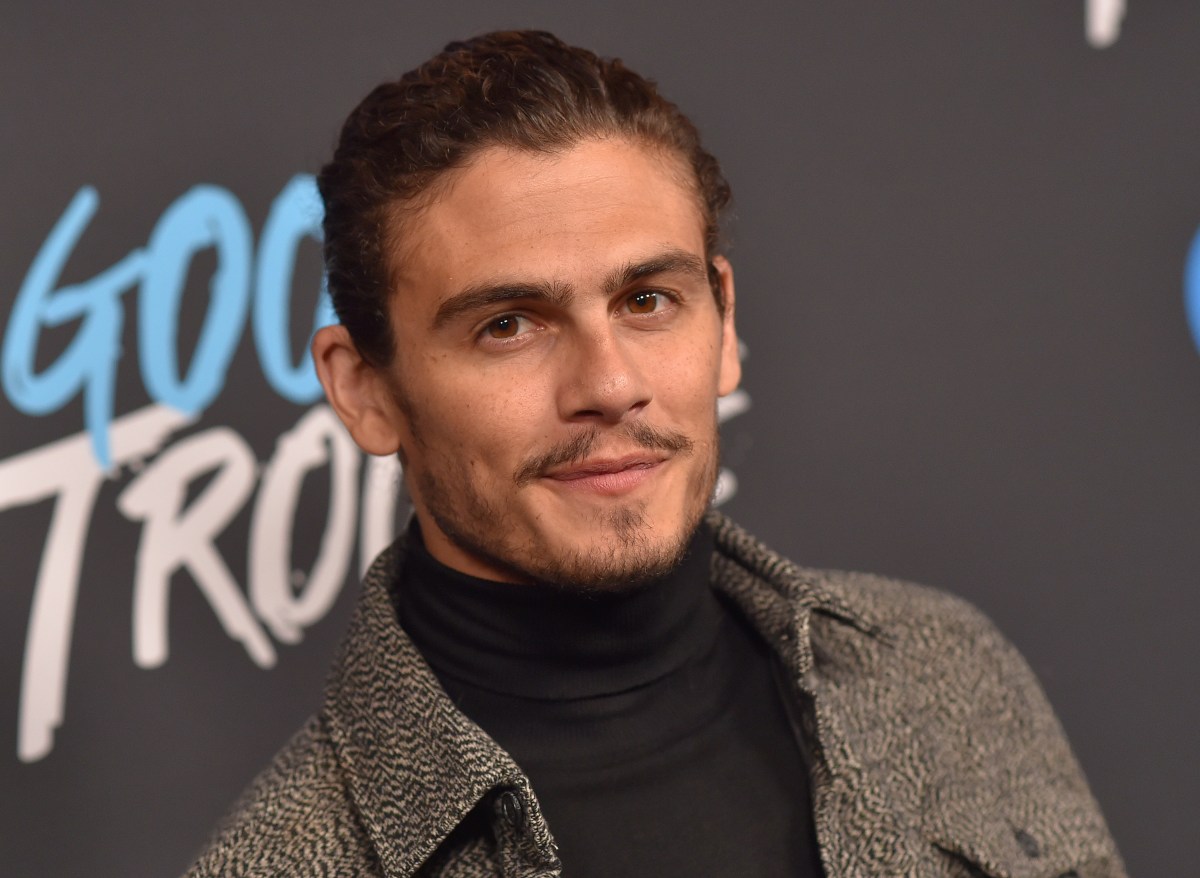 Gael is an artist who lives at The Coterie. He was in an on-again-off-again relationship with Callie (

Freeform’s Good Trouble constantly keeps us on our toes. You never know what’s going to happen each week. The actors do a great job of bringing their characters to life.

One character you might wonder about is Gael Martinez. His rugged good looks and talent light up the screen whenever he appears in a scene. It’s hard not to notice this Coterie house mate. Here’s what we know about the actor who plays Gael on Good Trouble.

Gael is an artist who lives at The Coterie. He was in an on-again-off-again relationship with Callie (played by Maia Mitchell) but later started a relationship with Isabella. Gael has been struggling to make ends meet.

Gael agreed to paint for an established artist and allow him to put his name on his work. This isn’t an ideal situation, but Gael wants to paint and get paid for his work, so this is the only option he sees right now. However, Gael has been thinking about leaving his current job to work with his father.

Who plays Gael on Good Trouble?

Gael is played by actor Tommy Martinez. The actor shared that he has something in common with his character, who is bisexual. Back in 2019, he revealed that he had an experience with a man when he was younger.

“I had an experience with a man maybe 10 years ago, and this is the first time that I’m saying that publicly,” says Martinez during a Good Trouble panel (via The Advocate).

“And I kept that inside the whole time until now,” Martinez continued. “And to have this opportunity to portray this character and this community, I felt, especially in front of you wonderful people, I felt maybe this is the best place to express that. And so, I saw myself completely in Gael’s shoes. And so, when I got that audition notice and dove deeper into the character, I just felt right with it.”

One of Martinez’s early roles was in a 2017 episode of Shameless titled “We Become What We… Frank!” That year, he also appeared in three episodes of Riverdale, in which he played the character Malachi. Martinez has also appeared The Mosquito Coast, Hunters, and NCIS: Los Angeles.

What’s next for Gael

Gael is going through a very stressful time with Isabella (played by Priscilla Quintana). The last time we saw Isabella, she was being escorted out of The Coterie in handcuffs. Her father is pressuring her to give her unborn child up for adoption.

Isabella’s father told her that if she doesn’t give up the baby, he will call the police on her. A few episodes ago, Isabella was caught on a security camera smashing her father’s car.

Initially, Isabella thought she wouldn’t be a good mother, but she changed her mind. Now, she wants to keep the baby and build a life with Gael. However, her father isn’t on board with her plans. He follows through with his …read more

As the McKinney Fire barreled up the Klamath River in the last week, Billy Simms received an alert that told him it was time to get out. It wasn’t from an announcement by Siskiyou County officials or a text message from the emergency alert system they run — he got no such notice. Billy’s warning came […]

Actor Molly Shannon attends the 24th Annual Screen Actors Guild Awards at The Shrine Auditorium on January 21, 2018 in Los Angeles, California. | Christopher Polk/Getty Images for Turner Shannon is most famous for her time on Molly Shannon is one of the most iconic comedic actors of the last 20 years. From Saturday Night […]