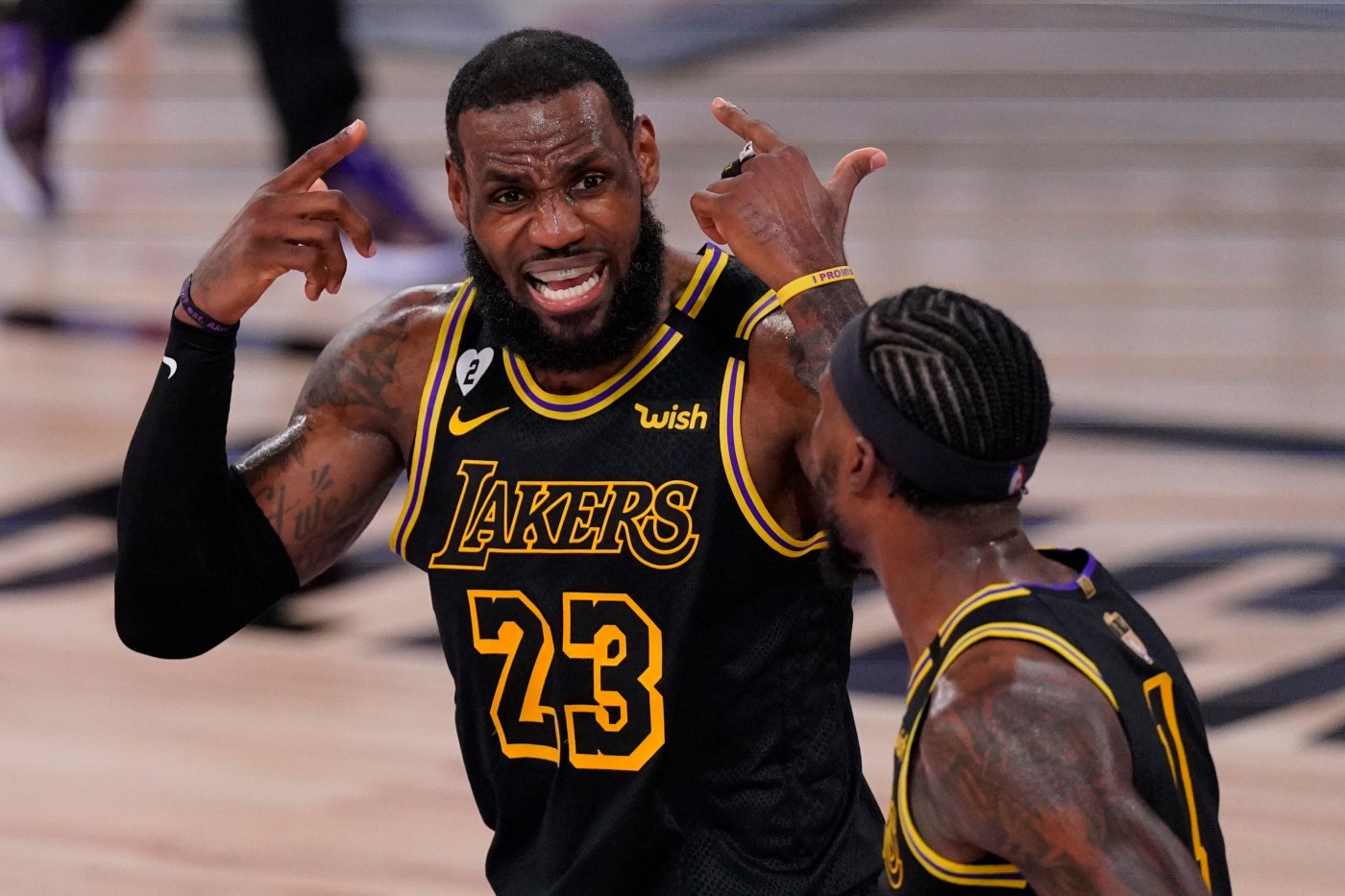 They just keep on using LeBron James. When will they use him up?

The answer is still forthcoming since James’ bid to become basketball’s Mr. October is still lying in a 40-point puddle at Disney World.

Except for the final score – Miami 111, Lakers 108 – the Lakers had everything in position Friday night. James had been his usual facilitating self as they grabbed a 3-1 NBA Finals lead, but now the curtains would part and James would perform the encore that the basketball world had come to expect. When Tony Bennett leaves his heart in San Francisco, everybody applauds and goes home. Now the Lakers have to take their packed bags back to the room and wait two more days, at least, for the rapture.

Parenthetically, this might have been the most thrilling NBA Finals game since James and Kyrie Irving raided the Warriors’ castle and took the 2016 championship.

James and Jimmy Butler stacked the furniture against the walls and turned Game 5 into Fight Club. James unpacked his 3-point game and kept the Lakers engaged, and with 2:50 left he piled up seven consecutive points, including a putback basket off his own miss.

When Kentavious Caldwell-Pope’s errant 3-pointer landed in Anthony Davis’ hands and then into the hoop, the Lakers led by one point. Miami would have to find a bucket against the best defense in The Bubble just to survive.

But Butler took the ball to the hoop and got fouled by Davis, and his two foul shots then put the burden back on James. As James came off a screen, he drove and was double-teamed, and, to the dismay of his critics, he did what he always has done. He played basketball. He found an open man instead of trying to fight the numbers.

“He was going to take on the whole team,” Lakers coach Frank Vogel said. “A third man came at him. He made the right play.”

Unfortunately for the Lakers, it wasn’t the right man. Danny Green’s shooting has made for a lucrative career, with two championship rings. That stroke has been hard to find in Florida, and he missed this one, and Markieff Morris lost the rebound out of bounds. Miami rookie Tyler Herro, who has veins in his ice water, hit the two foul shots that wrapped it up.

“We had a hell of a look,” James said. “But we just needed one more stop defensively. At the end, we probably had more time than we thought, and I wish I’d thrown a better pass.

“This team we’re playing, they make you pay for every mistake. It’s like playing Golden State all those years.”

Miami was buoyed by a strange third quarter in which it converted a six-point play and two fours. But in the world that we know, James doesn’t lose when he scores 40, hits 15 of 21 shots, including six of nine 3-point attempts, and wraps it up with 13 rebounds and seven assists.

Seven years of misery at Arrowhead Stadium ended for the Raiders with a 40-32 win over the unbeaten defending Super Bowl champion Kansas City Chiefs Sunday. It was the signature win for quarterback Derek Carr, who was 0-6 at Kansas City, as well as the biggest win in the second tenure of coach Jon Gruden. […]

After one ugly half from Garoppolo, 49ers QB rumor mill picks up with ex-Shanahan signal callers

Jimmy Garoppolo has played just one half in each of his last two games. His performance in those two appearances could not have been more different. Before he left the 49ers’ Week 2 game against the Jets at halftime with a high ankle sprain, he completed 14-of-16 passes for 131 yards and two touchdowns. He […]

MARTINEZ — A 47-year-old man has been charged with shooting a 4-year-old in what Pittsburg police described as a “road rage” incident, court records show. Urbicio Legaspi-Flores was charged Thursday with shooting at an occupied motor vehicle and child abuse. The charging records allege the young boy suffered “great bodily injury” in the shooting, but […]