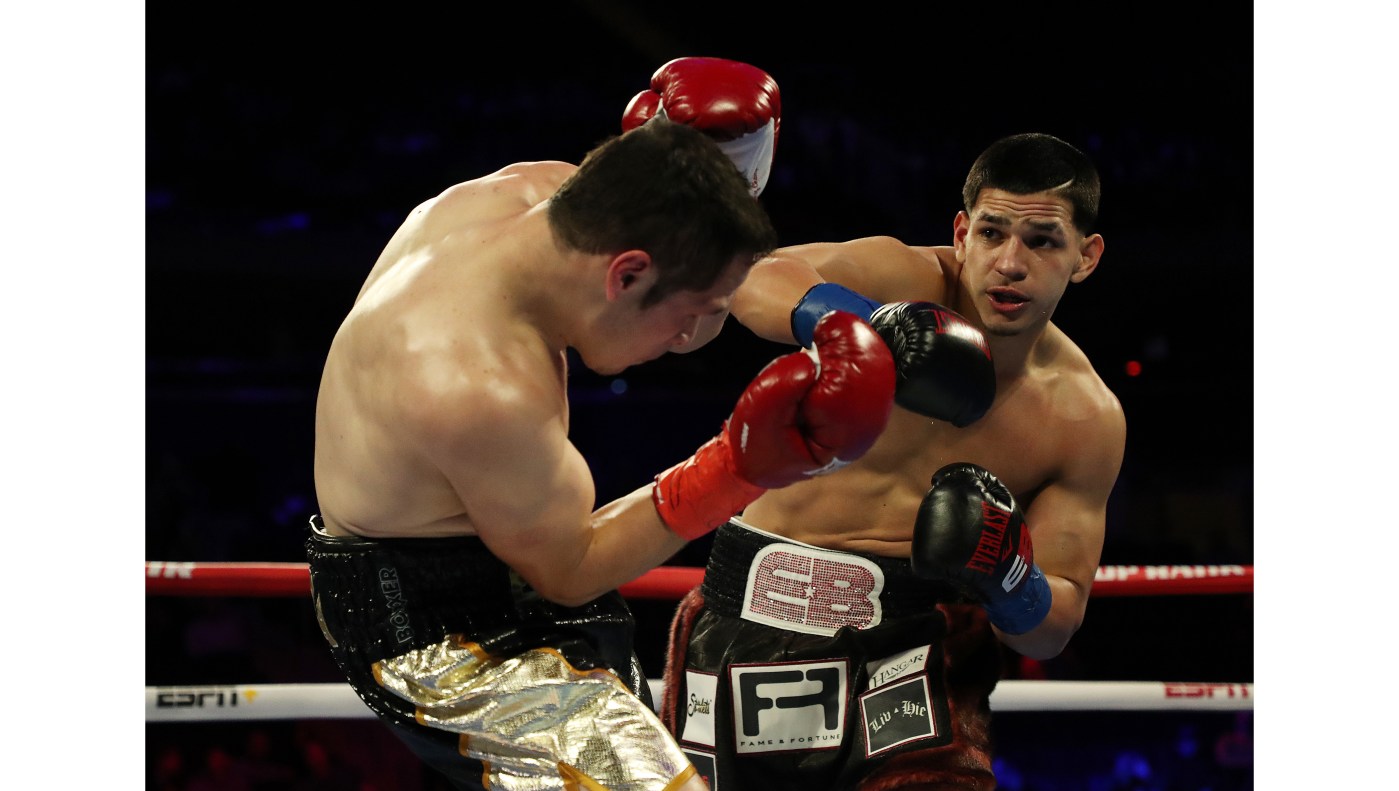 Before Edgar Berlanga steps into the ring Saturday night, someone should point out that trio of well-dressed men and women, each sitting on one side.

They are judges. They evaluate who won the rounds. Berlanga hasn’t needed them yet. He has ended all 14 of his fights before the sounding of the second bell.

Those young women in halter tops? They are card girls, perhaps the most durable anachronism in pro sports. They step into the ring with signs that tell the crowd which round is next. Berlanga leaves them nothing to do.

That stool in the corner? Normally the boxer sits there between rounds and get some water and maybe a Q-Tip in the eye, and his trainer kneels in front of him and blurts out instruction or criticism. With Berlanga, why even bring it out? You go to the middle of the ring, you knock out your man, and you raise your hand. Besides, doctors say sitting isn’t healthy.

So professional boxing has been a no-frills experience for Berlanga, 23, from New York, with a heavy following in the Puerto Rican community.

His next round will only be his 15th, against Lanell Bellows, one of the lead-ins to Vasiliy Lomachenko’s match with Teofimo Lopez for 135-pound supremacy, easily the top boxing attraction since Tyson Fury knocked out Deontay Wilder on Feb. 22, shortly before the world stopped.

“I think he (Bellows) will come straight at me,” Berlanga said Tuesday. “It would be a crazy game plan, just to try to survive. I don’t see him trying to box. Whether it comes in the second round or the fourth, it doesn’t matter.

“This streak doesn’t bring any pressure. I obviously go in there trying to hurt the guy. I’d rather do that than have him hurt me.”

Berlanga’s streak brings back the notorious image of Edwin Valero, who stopped his first 18 opponents inside one round. Valero became an undefeated two-weight-class champ and a possible opponent for Manny Pacquiao, but he murdered his wife Jennifer and then killed himself in 2010.

Berlanga has made only one appearance in the Top Rank “bubble,” up the elevator at the MGM Grand Hotel in Las Vegas. He got rid of Eric Moon in 1:02 on July 21. Only three of his victims have even gotten to the third minute of the first round. His average workday is 96 seconds. Most horse races last longer. He is the shiny object, the perfect fighter for these distractable times.

You can quibble with his schedule, since Berlanga has beaten only one undefeated fighter. But most ambulatory boxers can finesse their way into a second round.

Earlier this year he was asked if he yearned for some reps. “Hell, no,” he replied.

“A lot of people don’t see the work behind the scenes,” Berlanga said. “There’s a lot of tough days in the gym. This isn’t like amateur boxing, where it’s just about the number of punches you throw. You have to …read more

A Rolling Hills man who was accused of being a member of White supremacist groups and lying about it on a job application agreed to plead guilty to a felony charge on Wednesday, Oct. 14, the U.S. Department of Justice said. Decker Hayes Ramsay, 23, was charged with making the false statements in April 2018 […]