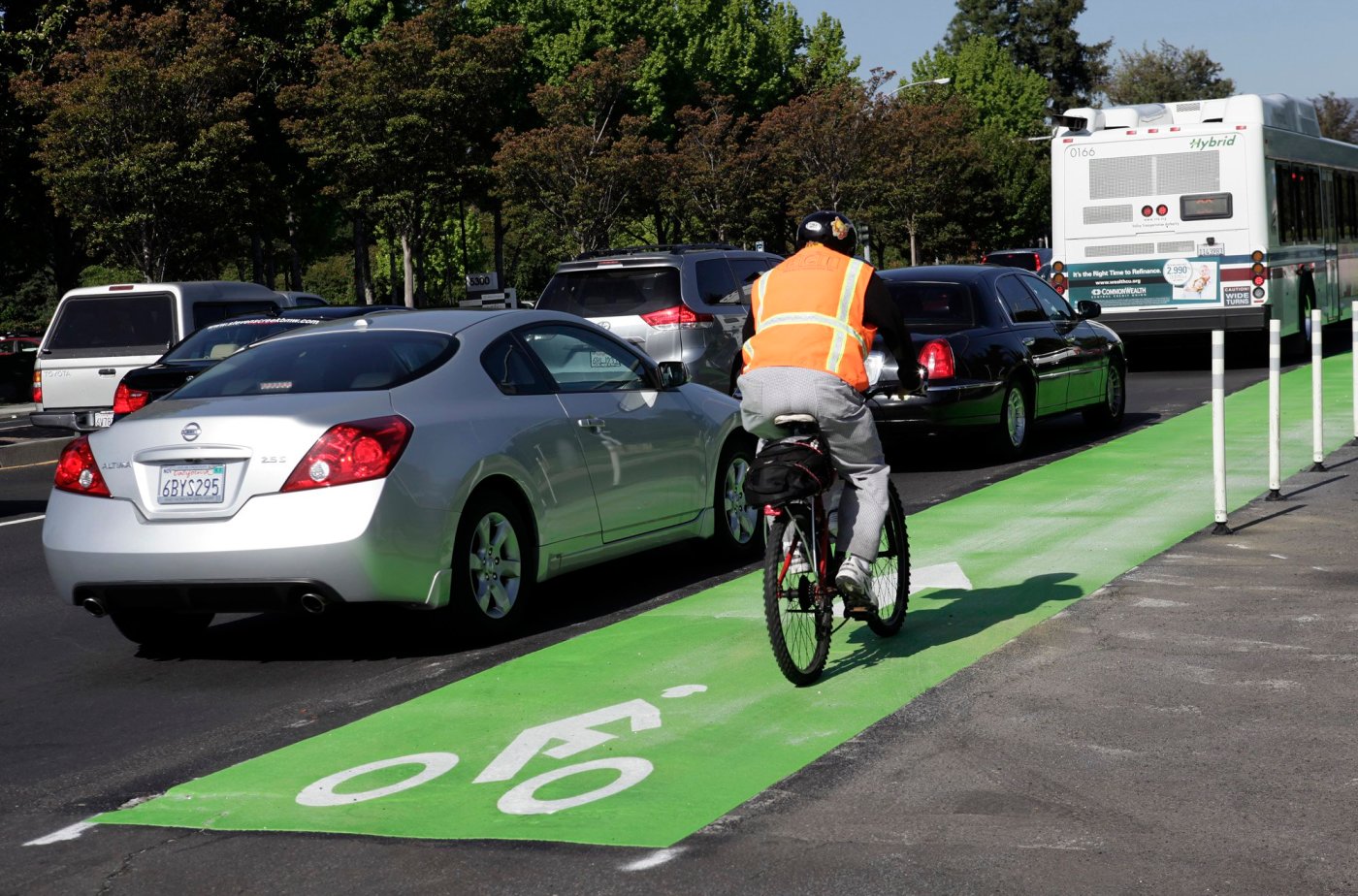 Q: An elderly bicyclist was killed recently when he was hit on Blossom Hill Road in San Jose by a driver who had moved into the bike lane while preparing to turn right. This is a scary move and can have deadly consequences. I know the city is planning on more bike lanes, but will they offer better protection for those on two wheels? … On many bike lanes, all that is between me and SUVs going 40 mph are some painted stripes.

Franklin Stubbs, and others

A: This situation should improve. The city has plans later this year to make changes on several streets to add bike protection devices and then next year to add more bike lanes. For example, they will begin work next year on major changes on 10th and 11th streets, adding to the more than 320 miles of on-street bikeways that have been installed in the city since the 1970s.

The city will replace the current buffered bike lane with a separate frontage lane and protected intersections where they’ll install concrete islands near corners to slow turning vehicles and create safer crossings. At bus stops, the concrete islands will also serve as a place where bus patrons can wait for and then board buses.

In the first phase of improvements, bike lanes will be installed or improved with paint and plastic posts. Next year, the concrete islands will go in. Here is the list of planned improvements:

On Naglee Avenue from The Alameda to Bascom Avenue, a road diet will reduce the number of through lanes, slowing traffic and giving bicyclists more room.
On Fruitdale Avenue from Southwest Expressway to Bascom there will be another road diet, as well as additional bike lanes, sidewalk ramps and crosswalks.

Lean Avenue from Blossom Hill Road to Chynoweth, adding parking, protected bike lanes.
10th and 11th streets will have a major makeover to make the connection near Interstate 280 easier. One lane will be converted into a center turn-only lane like on Lincoln Avenue in Willow Glen.

Q: There are many green lanes for bicyclists. Does the bicyclist have the right of way when in this green lane?

Will ‘overzealous environmentalists’ destroy or save California? Roadshow

Why focus on electric cars when hydrogen is an option? Roadshow

This crash could have become a catastrophe: Roadshow

A: Usually, yes. A driver can move into the green lane when safe to do …read more

By JOCELYN GECKER | The Associated Press SAN FRANCISCO  — A California private school has been ordered to pay $15,000 for defying a judge’s order to close classrooms and stop in-person teaching, in what may be the first judgment of its kind against a California school for violating health orders aimed at slowing the spread […]

Plucked Chicken & Beer, the poultry concept from the folks behind Sauced BBQ, will start frying in Livermore today. It’s the third location for the counter-service eatery that owners Barrett Gomes and Brenden Scanlan launched in San Ramon in 2018 and then expanded to Pleasanton in 2019. Plucked joins the flagship Sauced BBQ on Livermore’s […]

By Ellen Knickmeyer and Kathleen Ronayne | Associated Press OKLAHOMA CITY — Joe Biden is confronting the harsh political realities of combating climate change. The Democratic presidential nominee has spent months touting a $2 trillion plan to boost investment in clean energy and stop all climate-damaging emissions from the U.S. economy by 2050. The plan […]