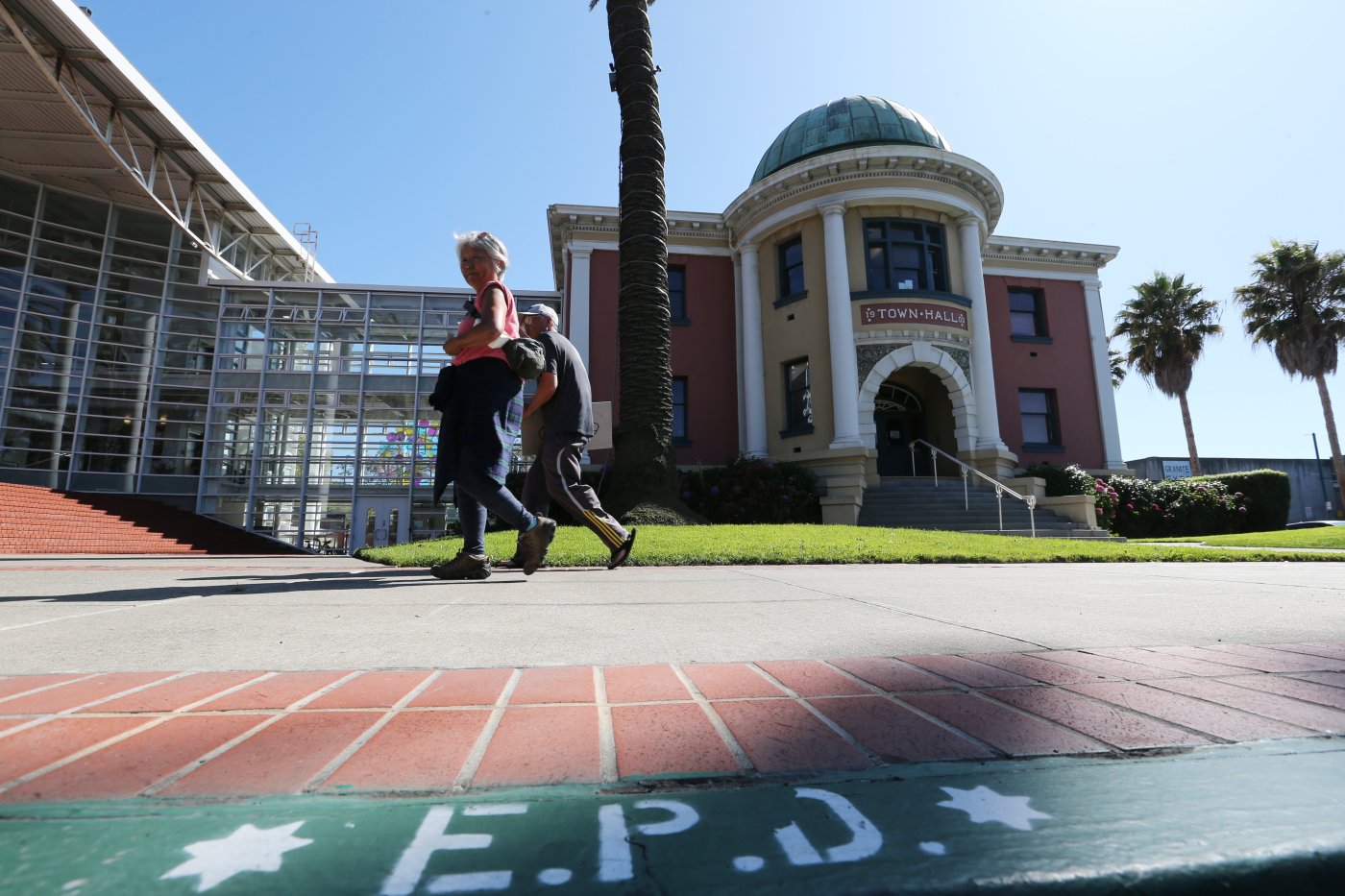 Politics is a relatively low-paying gig, even in the high-priced Bay Area.

And the resulting brain drain at the City Council level is being felt acutely across the region — forcing changes in pay and time commitment in an effort to recruit new councilmembers and retain current ones. Civic pride doesn’t pay the bills.

In Emeryville, the City Council will start searching for a fifth member to appoint to its vacant seat, after Ally Medina abruptly announced her resignation in December. Her departure — sparked by the need to keep up with the Bay Area’s increasingly unaffordable cost of living — leaves a seat open for any resident to apply.

Medina was first elected to the Emeryville City Council in 2016 and was appointed to a second term in 2020 when no challengers sought the job.

In her announcement last month, the 33-year-old said she was stepping down from the position in part because she could not afford to turn down the opportunities — and better pay — offered by her new tech job, especially as she’s thinking more seriously about her future here.

“Politics is a low-paying career, especially at the beginning — I think that’s absolutely an endemic problem,” Medina said.

Emeryville councilmembers — who work part time — earn between $13,888 and $20,000 annually, depending on individual benefits, according to data from Transparent California.

In an interview Wednesday, Medina said she had previously been able to make ends meet while keeping the lower-paid position — rewarded by the work and projects she was able to tackle on the council. But that simply wasn’t sustainable forever, she said, especially considering the area’s cost of living. And she’s not sure there’s any one “magic solution” for a city to decide how much it can afford to pay its elected public servants.

“The routes of access are predetermined by how much money you can give up,” Medina said. “I don’t come from an economically advantaged background — I grew up with a single mother on food stamps — but I have still had the privilege of having come into office from a background in politics, and having a steady job where I said, ‘Hey, I’m elected,’ and they understood.”

Conversations about compensation can become even more complex in cities that have fewer residents — including Emeryville, with a population of 12,905 as of 2020 — since their pay is often dwarfed by what larger cities can afford to set aside in their budgets.

While Medina was able to make the job pencil out for six years, economics have increasingly been blamed for a brain drain in local governments — before and after elections.

In June, Greg Magofña, a renter and housing advocate, pulled out of the race for the Berkeley City Council because he said he was priced out of the city, leaving behind the tenants for whom he had hoped to fight. Even back in 2016, Palo Alto lost one of its Planning and Transportation commissioners because the town became “unaffordable even for an attorney and a …read more

PHILADELPHIA — They can’t call this Watergate. It’s Wooder-gate. The Giants’ Center City hotel had no water on Saturday morning due to a “busted pipe,” a source confirmed. What a coincidence. The hotel was working on fixing it, but in the meantime, Giants players and staff were unable to shower or use facilities ahead of […]

What is Latto’s Net Worth?

Being a Grammy-nominated rapper is everything Latto ever dreamed of, though things might have looked a little bleak when she walked away from a record deal in her early years. But all’s well that ends well, and her chosen path led her to success, a friendship with a music legend, and an impressive net worth […]

High school can be hell, and right now BroadwaySF has two touring musicals in San Francisco about the difficulty and the ethics of trying to fit in. “Dear Evan Hansen” opened at the Orpheum Theatre last week, and now, just a few blocks away at the Golden Gate Theatre, “Mean Girls” has made it to […]