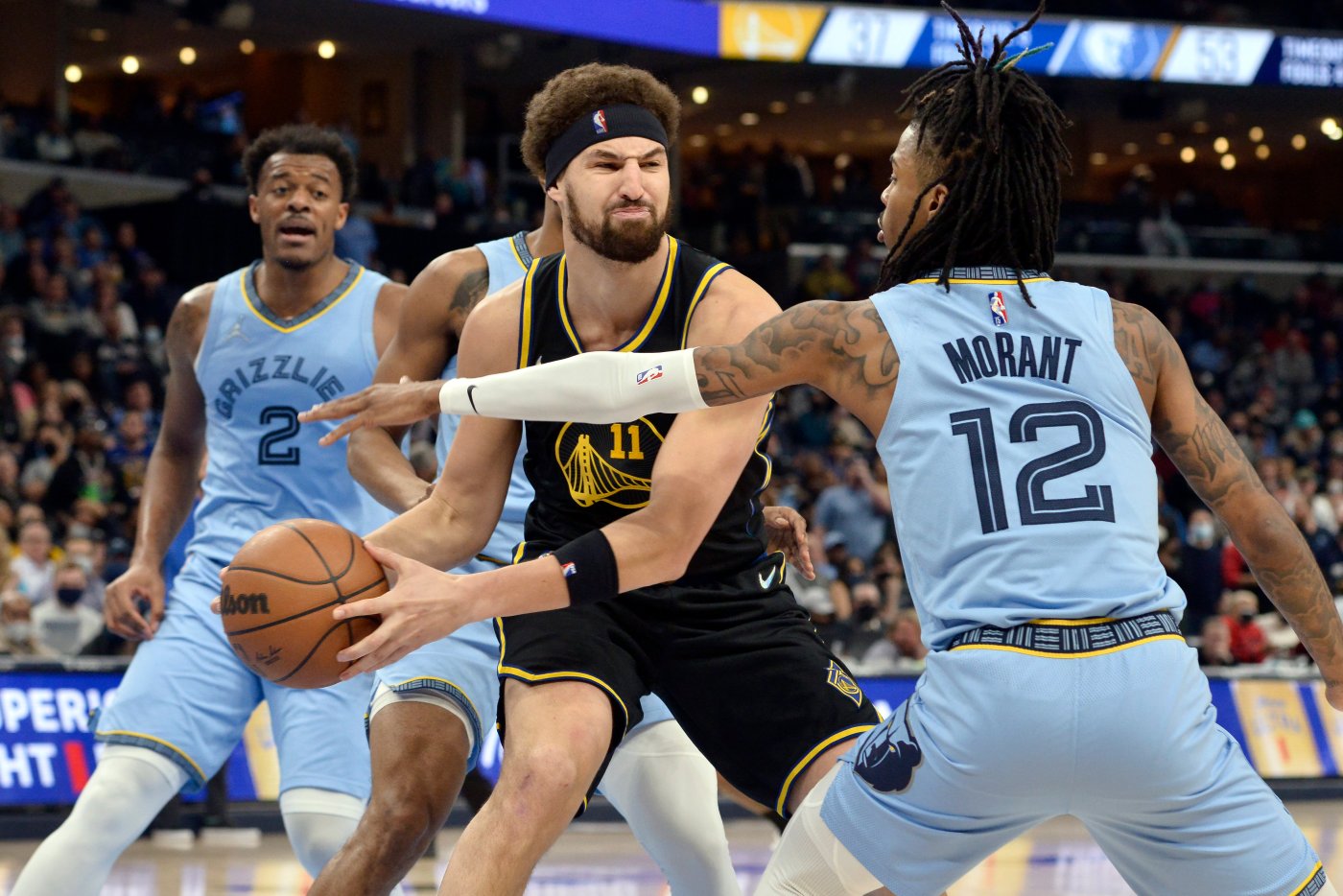 MILWAUKEE — Klay Thompson isn’t hurt. He isn’t tired. He’s feeling great after his first two games back from two and a half years away. The hardest part, he said, is simply that he can’t play enough, not yet.

Thompson, to start, has a strict 20-minute-per-game limit on his playing time, under the order of the Warriors’ medical staff, and has been limited to stretches of no more than 5 minutes at a time.

“It’s probably the biggest challenge for me, the minutes restriction,” Thompson said. “I’m such a competitor, I want to play 35.”

Coach Steve Kerr has planned Thompson’s substitution pattern with precision. Thompson has played approximately the first and last five minutes of each half during his first two games back. Just look at his total playing time for each contest: 19 minutes, 55 seconds against Cleveland; 19 minutes, 37 seconds against Memphis.

Nary a minute wasted.

Thompson has chucked up 31 shots and scored 31 points in that time.

But, when those 5 minutes are up, Thompson has found himself returning to the bench frustrated that it’s over so quickly. As soon as he finds a rhythm, it’s zapped.

“At times I’ll go back to the bench frustrated, but I really trust our team and our performance team to have my back,” Thompson said. “I’ve got to dial it back and accept the reality of what the last two years were like. You can’t just take that much time off and jump into a 40-minute ball game.”

Even Steph Curry, Thompson’s Splash Brother, said it’s taking some time to rediscover their connection that now has more than a decade behind it.

“You realize how quickly five minutes in the game goes by when you’re on a minutes restriction,” Curry said. “We’re cool with it because we want him to get comfortable and confident, but (that probably won’t happen) … until he gets to his full rotation where everybody else knows exactly how you can play off of each other in different lineups.”

As the Warriors slowly reintegrate Thompson into their rotations – he’s hopeful his minutes will increase in the next week or two, though that’s up to Dr. Rick Celebrini and his staff – they are also working to reestablish their identity as a team, Kerr said.

The offensive woes, Kerr suggested, were partially due to poor shot selection, evidenced by their plummeting numbers in expected and true field goal percentage.

“We did a great job these first 40 games of becoming a great defensive team. A lot of guys have played important minutes and established roles,” Kerr said. “But now that’s going to be shaken up a bit because Klay’s going to play a huge role. … This next month or so we’re going to shuffle the deck …read more

Kirby 30th Anniversary: The 5 Best Kirby Games of All Time, According to Metacritic

Actor Peyton List stands with a Kirby statue. | Jonathan Leibson/Getty Images for Nintendo of America Kirby: Canvas Curse (Nintendo DS, 2005) – Metascore 86 The best Kirby game on Metacritic is 2005’s The year 2022 is all about Kirby as Nintendo celebrates the 30th anniversary of its beloved pink puffball hero. HAL Labs gave […]

The fifth film entry in the iconic Scream franchise is arriving in theaters in mid-January, and longtime fans of the horror series are primed and ready to see their favorite characters back in action. Many of the original stars of the first Scream film, released in 1996, will be returning for this installment, including Neve […]

SAN FRANCISCO — It took 941 days and 40 seconds of game time Sunday, but there he was again: Klay Thompson, curling around a screen and bursting toward the basket. He let go of a floater, and the reaction from the crowd was enough to know it had fallen true. The wait was over, at […]