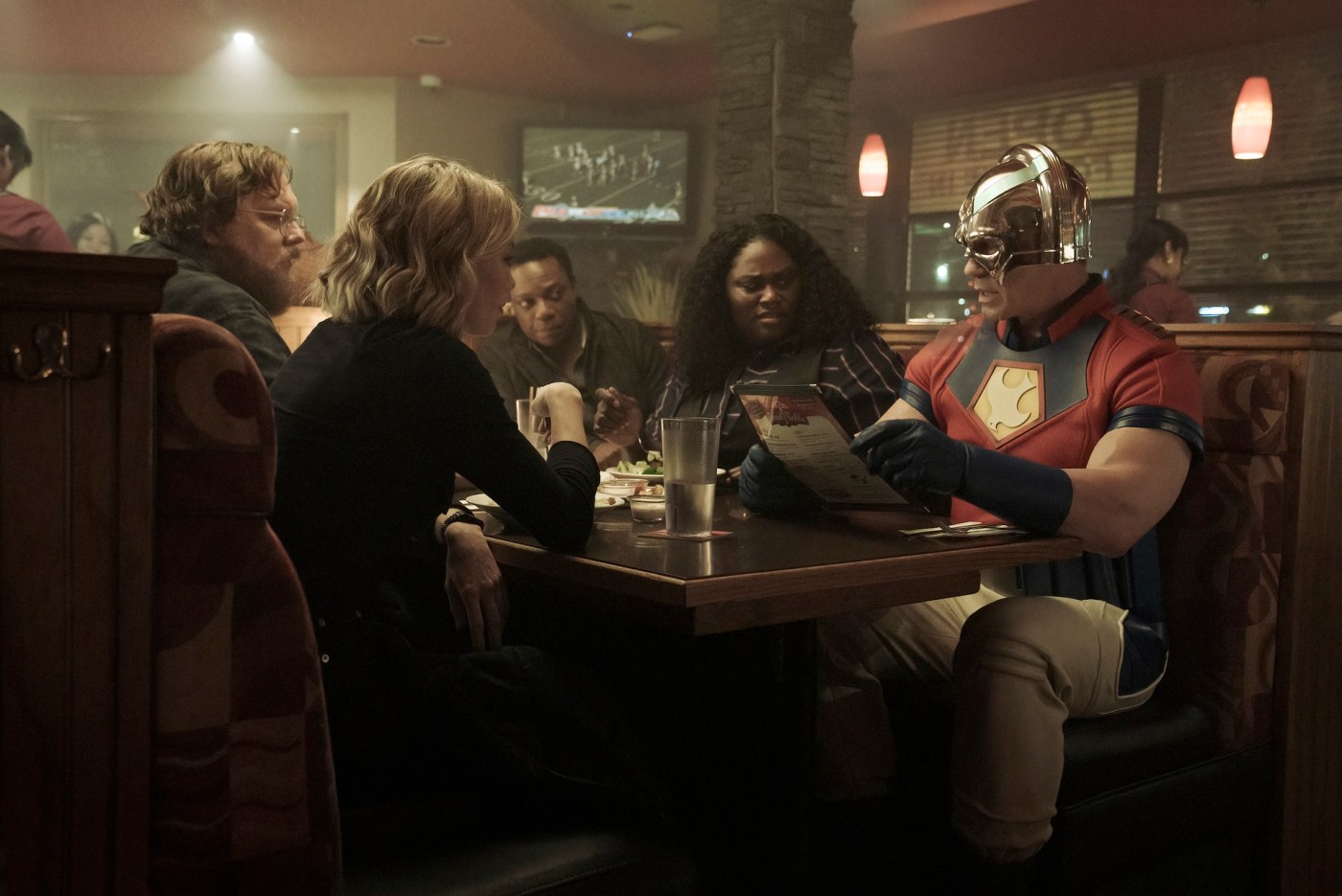 While a new “Scream” aims to scare up some excitement at the anemic box office, there are numerous other worthwhile titles that are streaming or arriving in theaters.

Here’s what to see, and what to avoid.

“Peacemaker”: When it comes to the masterminds spearheading superhero series and movies, James Gunn (“Guardians of the Galaxy”) is a standout, a fearless writer/director whose irreverent, rowdy ways puts him on a par with Taika Waititi (“Thor: Ragnarok”). And “Peacemaker” is a high note in Gunn’s career. Fans of “Deadpool’s” rude/raunchy behavior will adore this addictive eight-part HBO Max series — a spinoff of the gonzo box-office flop “Suicide Squad.” It distances itself from anything Disney+ offers, and is stuffed with nudity and violence and unrestrained edginess.

Gunn wrote and directed the bulk of the episodes and his R-rated riffing injects spirit and exuberance into the run-of-the-mill superhero franchise. But he’s not the only one who makes “Peacemaker” a down-and-dirty treat. Gifted comedian John Cena brings some sexy swagger to the title role, while portraying the superhero as a meat-and-potatoes, lunkheaded, clueless, guy who manages to be a do-gooder even though he is anything but “woke.” In this loopy series, Peacemaker gets revived post- “Suicide Squad” and becomes a part of a special ops team tasked with ferreting out evil entities flitting about the globe. His new crew barely tolerates this crass oaf, yet can’t help but be somewhat charmed by him. Robert Patrick appears as Peacemaker’s racist dad (instrumental to the plot) while Danielle Brooks stands out as Peacemaker’s new crony, as does Freddie Stroma as Adrian Chase/Vigilante — who gets some of the best laughs. “Peacemaker” skewers the superhero genre — with respect — and serves up something different; an unconventional, laugh-out-loud romp that’s as rude as it is enjoyable. Details: 3 stars out of 4; available Jan. 13 on HBO Max.

“Hotel Transylvania: Transformania”: Amazon Prime supposedly drives the final nail in the coffin of this animated franchise following Count Drac and his monster chums. The animation won’t win any awards on this fourth outing, which slips from memory before the credits are done rolling, but it all works thanks to an A-list voice cast (including Andy Samberg, Kathryn Hahn and Selena Gomez, who is also an executive producer.) The story follows these classic monsters getting zapped back into human form while Drac’s hyperactive son-in-law (Samberg) transforms into a monster. All of it is amiable and chuckle-worthy, but nothing more. Details: 2½ stars; available Jan. 14 on Amazon Prime.

‘This Is Us’ Season 6: The Title of Episode 2 Brings an Emotional Season 5 Episode Full Circle for Uncle Nicky

Griffin Dunne as Nicky, Jon Huertas as Miguel, and Mandy Moore as Rebecca | Photo by: Ron Batzdorff/NBC Nicky, Rebecca, and Miguel go on a road trip in the second episode The synopsis for This Is Us Season 6 Episode 2 reads, “Nicky, The final season of This Is Us promises to wrap up all […]

‘The Blacklist’ Season 9: Fans Are Siding With Dembe Over Red

Hisham Tawfiq as Dembe Zuma, James Spader as Raymond “Red” Reddington in ‘The Blacklist’ | Will Hart/NBC Dembe confirms he gave Liz the letter in ‘The Blacklist’ Season 9 Episode 8 The Blacklist has always centered around the mystery of Red’s identity. In season 8, Red entrusted Dembe with a letter explaining the truth. He […]

Billy Ray Cyrus and Dolly Parton | Michael Kovac/Getty Images for NARAS Dolly Parton grew close to Billy Ray Cyrus after collaborating with him Not long after Cyrus rose to fame with the release of his song “Achy Breaky Heart,” he began to tour with Parton. He credits Parton for his success. “I love Dolly. […]