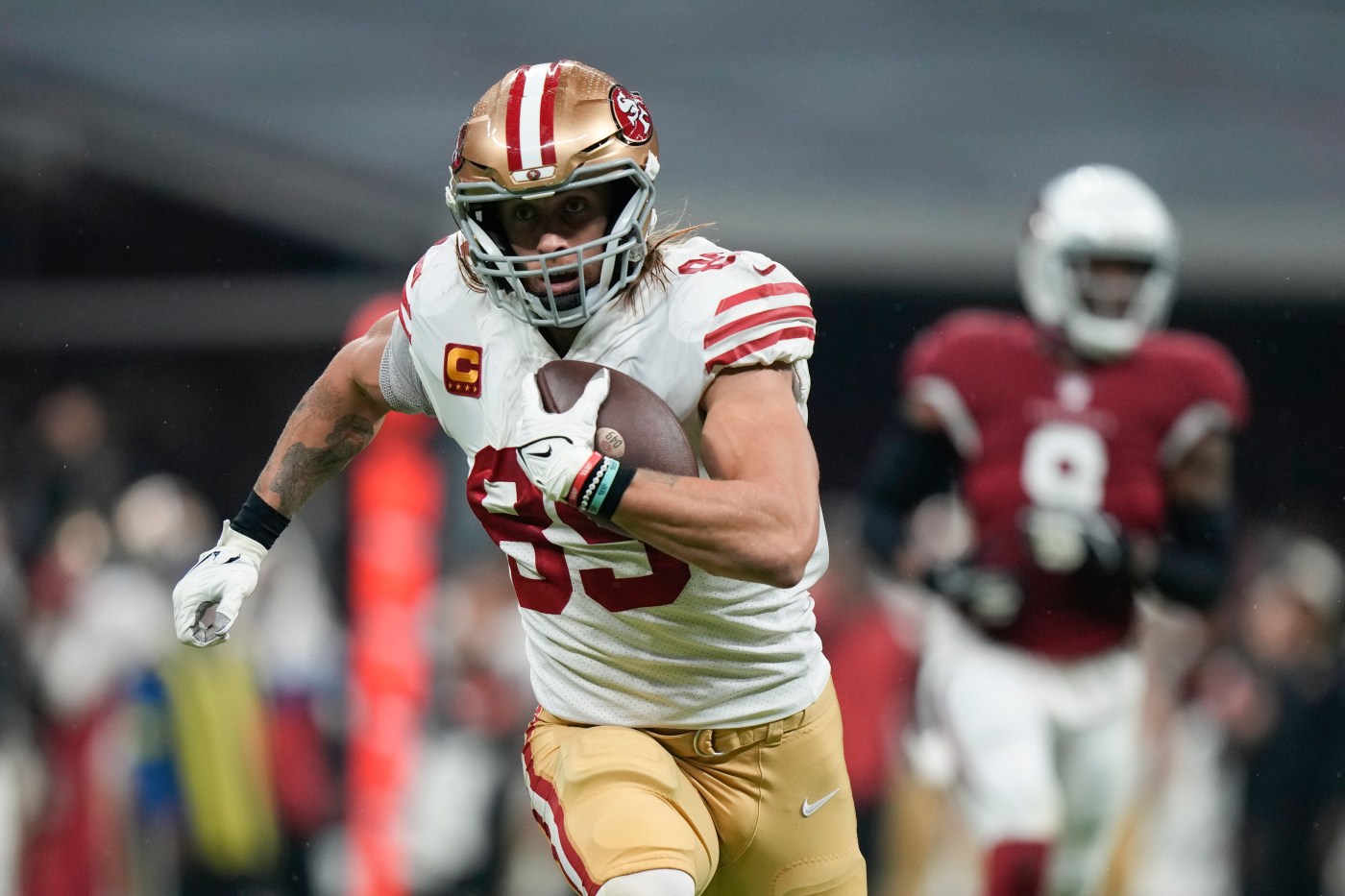 The 49ers went to Mexico City and walloped their NFC West rivals, the Arizona Cardinals, 38-10 Monday night at Estadio Azteca.

The defense pitched another second-half shutout, its third in a row, as the Niners moved to 6-2 and took over first place in the division, as they hold the head-to-head tiebreaker over Seattle.

Here’s what the 49ers said about the win:

I love San Francisco but if we couldn’t be there I’d love to be here. This place is awesome. It was one of the coolest experiences I’ve ever been a part of. We were told it might be like that but it was even better than we expected.

Here in Mexico City, it was so cool. I didn’t know exactly how it’d be. When they were booing the other team coming out and cheering for us, this far away from home, that was pretty special.

We got here late last night and it started to hit us just how special it was, walking into the hotel, seeing everyone, leaving for the game today, seeing the people on the streets, then walking into that stadium, it was one of my favorite games to be a part of.

On the football-savvy Mexican fanbase:

I was a little worried with football not being here a lot, that they’d cheer on third down a lot when we had the ball, which you normally don’t like. But they weren’t like that, and they cheered at the right times.

They’ve really been gelling these last three weeks. I feel like it’s gotten a little better each week and it’s nice to put a full game together today.

I think Jimmy’s doing a great job. I think Jimmy already has. When Jimmy’s been healthy, we’ve had our guys around him, I think he plays at a very high leve. And I think he did that today, it’s good to do so.

On challenge of traveling to Mexico City:

The toughest thing was altitude. And then once we got here, I’d say the hardest thing was our last bus, the escort got lost. So we had a bunch of players and coaches show up about 40 minutes later than usual.

On his message to young Mexican kids aspiring to play football:

We need players. So the more guys work, we’ll start having a lot more in our league.

On whether this is setting up like last year’s run:

I feel like we’re playing better football each week and that is the goal. You want to get better as the season goes. I feel like we’re doing taht right now. But I don’t really compare things much to the year before.

On enjoying the win:

We’re going to have a little bit of fun but not too much because you have good ones like this but if you don’t keep winning, then they don’t matter.

I’ve been real happy with our o-line. That’s a defense — they attack you. I …read more

How Many Episodes of ‘The Santa Clauses’ Will There Be?

‘Tis the season for holiday content on Disney+, and The Santa Clauses has dropped its first two episodes on the platform. An extension of The Santa Clause movies, the new series brings viewers back to the North Pole — this time, in the hopes of finding a replacement for Tim Allen’s Santa. The initial chapters […]

Princess of Wales, Kate Middleton | Chris Jackson/Getty Images Kate Middleton’s staff has been banned from talking about her fashion choices Royal protocol has recently changed at Kate Middleton has been a style icon ever since she married Prince William and became a royal. “The Kate Middleton Effect” often causes a piece of clothing or […]