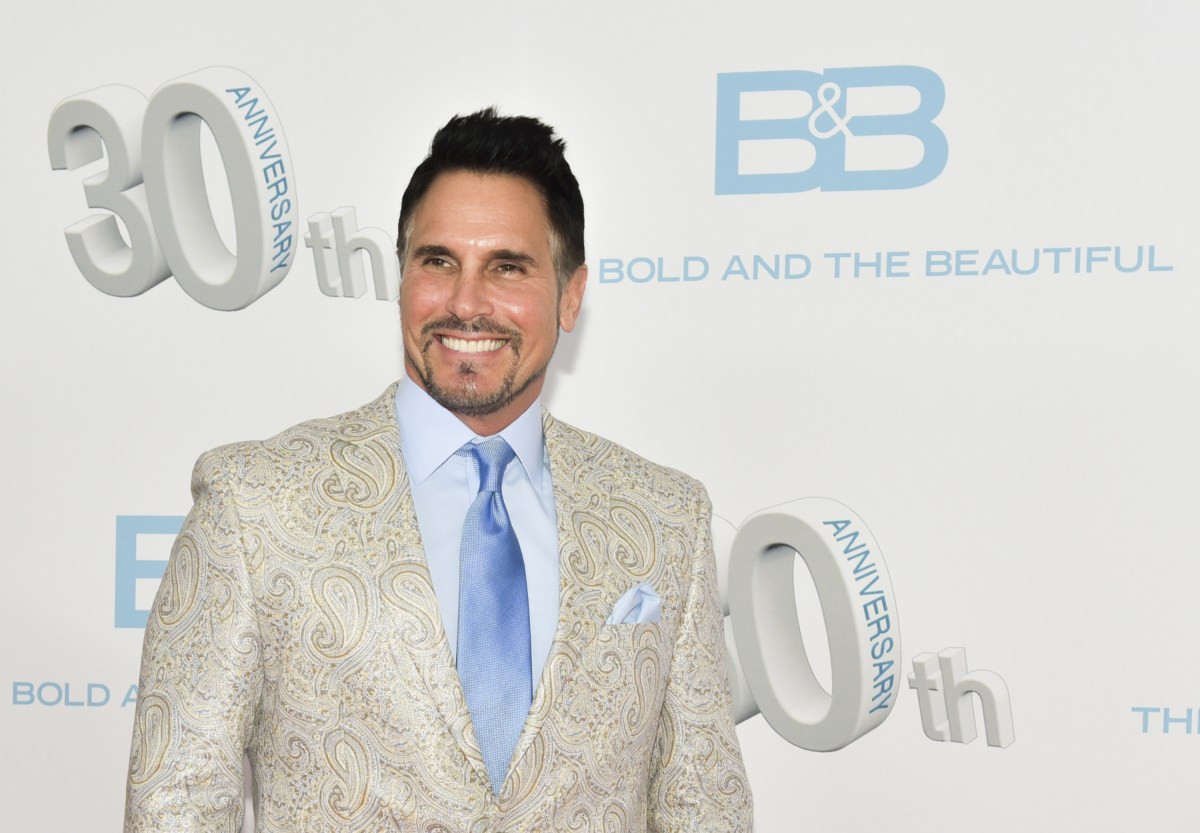 What is wrong with Bill Spencer on ‘The Bold and the Beautiful’?

That is the question on every The Bold and the Beautiful viewer’s mind. Fans are used to Bill stirring up trouble, and most of his controversy stems from

The Bold and the Beautiful bad boy Bill Spencer (Don Diamont) loves creating drama. The millionaire CEO has pulled many crazy stunts. But it’s his latest choice in a romantic partner that’s sparking concern about him.

What is wrong with Bill Spencer on ‘The Bold and the Beautiful’?

That is the question on every The Bold and the Beautiful viewer’s mind. Fans are used to Bill stirring up trouble, and most of his controversy stems from his love life. Bill has been lonely since Katie Logan (Heather Tom) and Brooke Logan (Katherine Kelly Lang) rejected him.

His search for companionship led him into the arms of notorious villain Sheila Carter (Kimberlin Brown). Bill and Sheila have become a devilish pair, with Bill resorting to blackmail to keep his lady love from prison. Now that the couple’s gone public with their romance, everyone is unhappy.

You never know what will happen next on #BoldandBeautiful! ? B&B is new this week on @CBS. Watch the latest episodes on @paramountplus! pic.twitter.com/J9d9SW4u36

Bill’s friends and family are concerned about his relationship with Sheila. They can’t understand why he’s with a woman who’s caused harm to so many people, including his loved ones. Although Bill’s adamant he loves Sheila, not everyone is buying his excuse.

Bill’s family believes Sheila is using him as part of her latest scheme. Their attempts to talk sense into Bill is backfiring as he declares his undying love for Sheila. Bill and Sheila’s sudden romance is shocking and confusing.

Dollar Bill isn’t acting like himself and may wonder if Sheila did something to him. On a Twitter thread, The Bold and the Beautiful fans theorized that Sheila is responsible for Bill’s strange behavior.

“When do we find out Sheila Carter has been drugging $Bill because if she’s not, this isn’t the $Bill I want to see on #BoldandBeautiful,” wrote one viewer.

“So Sheila has Will stashed somewhere, right?” asked one user.

“We have never seen Bill this quiet. What did Sheila do to him? I think she hit him upside the head a couple of times with a shovel! Or she is drugging him? Dude looks near tears all the time,” another commenter replied.

“Sheila is blackmailing him somehow, maybe Liam was the one who shot Bill, and she knows,” suggested one fan.

What’s next for ‘The Bold and the Beautiful’ couple?

Bill’s motive for being with Sheila will play out as The Bold and the Beautiful storyline progresses. While many don’t like the pairing, the couple brings intrigue to the show. Although Bill and Sheila proclaim they’re madly in love, their relationship will be tested.

Do you think there could still be a future for Bill and Brooke? #BoldandBeautiful pic.twitter.com/o7JhYUBMmu

‘The Bold and the Beautiful’ Spoilers: Bill’s Sinister …read more

More than 1,700 Tuesday flights canceled as winter weather hits the US

More than 1,700 flights were canceled and many more delayed on Tuesday as a brutal ice storm continued to hit parts of the South and central United States, bringing a second day of transport problems. As wintry conditions affected an area from Texas to West Virginia, airplane tracking website FlightAware reported that more than 1,700 […]

‘Magazine Dreams’ dives into the world of bodybuilding Jonathan Majors as Killian Maddox | Glen Wilson / Courtesy of Sundance Institute Killian Maddox (Majors) lives with his veteran grandfather, who he helps take care of. Meanwhile, he attends court-mandated therapy appointments and works at a local grocery store, where he admires a cashier (Haley Bennett) […]

After ‘The Bachelor,’ Zach Shallcross Wants to Follow His True Passion