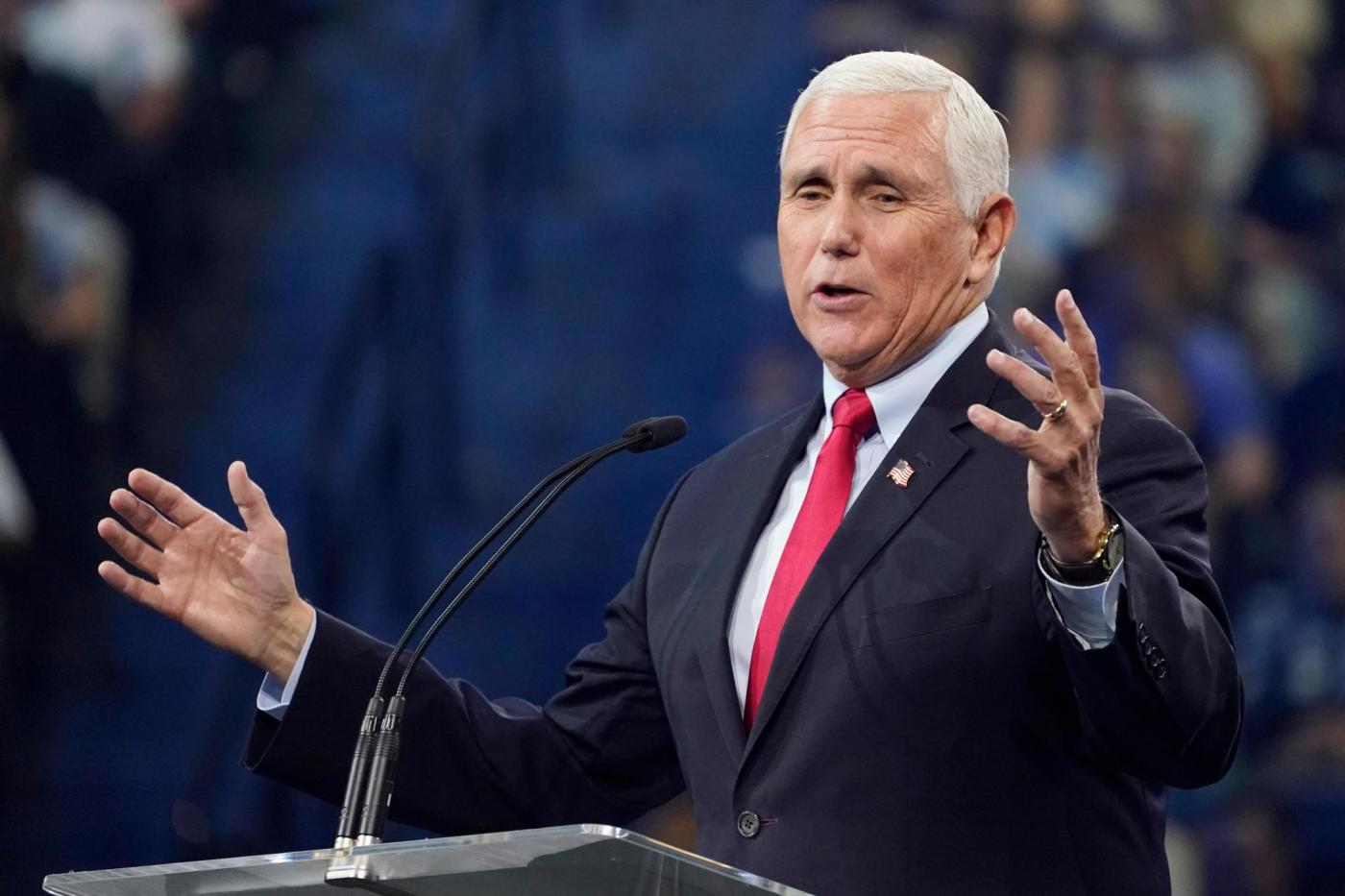 About a week after Attorney General Merrick Garland appointed a special counsel to investigate President Joe Biden’s handling of classified documents, former Vice President Mike Pence asked an attorney to review four boxes of documents stored in his Indiana home, according to an attorney for Pence.

The lawyer discovered about a dozen classified documents in the boxes, which have since been turned over to the FBI, CNN first reported on Tuesday.

CNN has assembled a timeline based on conversations with sources familiar with the matter and on two letters sent by Pence attorney Greg Jacob to the National Archives.

Aug. 20 — After the FBI searches former President Donald Trump’s Mar-a-Lago resort to retrieve classified documents, Pence is asked in Iowa whether he had taken any classified information with him when he left office. “No, not to my knowledge,” he told the Associated Press.

Nov. 15 — In an interview with ABC News in his Indiana home where the classified documents would eventually be found, Pence is asked again if he took classified material from the White House. “I did not,” Pence responds.

“​Well, there’d be no reason to have classified documents, particularly if they were in an unprotected area,” Pence continues. “But I will tell you that I believe there had to be many better ways to resolve that issue than executing a search warrant at the personal residence of a former president of the United States.”

Jan. 10 — In an interview with CBS, Pence reiterates that he and his staff had reviewed all “materials in our office and in our residence to ensure that there were no classified materials that — that left the White House or remained in our possession.”

He continues, “I remain confident that that was done in a thorough and careful way.”

Jan. 16 — In the wake of news that Biden’s personal attorneys had discovered classified documents at his private office in Washington and at his residence in Wilmington, Delaware, Pence asks his attorney to review four boxes of documents at his Carmel, Indiana, home. The lawyer, Matt Morgan, identifies about a dozen documents with classified markings in the boxes. Pence “immediately secured those documents in a locked safe pending further direction on proper handling from the National Archives,” Jacob writes in a letter to the Archives.

Jan. 18 — Pence’s legal team notifies the National Archives and requests that they take custody of the documents in question. According to an attorney for Pence, they also set up a phone call with the Archives for the following day to discuss the process for collecting the records.

Jan. 19, 12 p.m. — Pence’s legal team has a phone conversation around noon with the Archives’ chief operating officer and general counsel, during which the Archives suggests Pence provide all four boxes to the Archives so they can review the materials for compliance with the …read more

Erik Spoelstra’s perspective on a position-less universe has eased rotation decisions for the Miami Heat coach in recent years. The NBA’s insistence on such delineations has made the past week all the more complex. Having filled out his ballot for the seven reserves from the Eastern Conference for the Feb. 19 NBA All-Star Game, with […]

Donovan Mitchell slipped on a Mets cap as he readied for his interview Tuesday morning, and the color scheme wasn’t lost on teammate Cedi Osman. Orange, blue and white. Also Knicks colors. “Should I take it off?” he asked Osman. Mitchell, sitting on the home bench at MSG, removed the hat and covered his hair […]