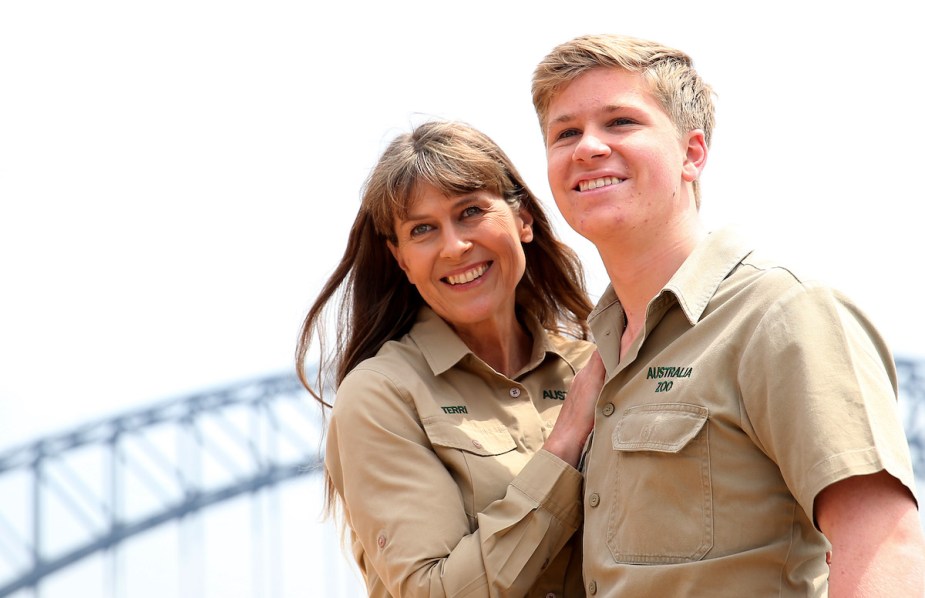 Pop culture fans who came of age in the late ’90s and early 2000s have fond memories of The Crocodile Hunter, an unconventional conservation show featuring the colorful zookeeper and wildlife expert Steve Irwin and his wife Terri Irwin.

The show ran for years, introducing viewers to the importance of nature conservation and endearing the couple to fans everywhere. While Steve tragically died in 2006, Terri has furthered her late husband’s legacy while caring for their two children and pursuing her passion for animals.

Best birthday ever! Thank you for making every day special. I love you so very much! https://t.co/eMTfD7teqz

Born in Eugene, Oregon, in 1964, Terri Irwin developed a love for nature and the environment at an early age. Both of Terri’s parents worked as environmentalists. In the late ’80s, she opened her very own wildlife rehabilitation center. Terri embarked on a career as a veterinary technician while supporting her parents’ work and managing a wildlife rehab center.

In 1991, Terri went on a tour of Australia, where she crossed paths with zookeeper Steve Irwin. The two embarked on a whirlwind romance and got married just eight months after meeting.

24 years ago our lives changed for the better. I remember when you were born, Steve cried happy tears, then showed everyone in the hospital his beautiful baby girl. He loved you from the moment he met you, and I know he is so very proud of you. Happy birthday my dear Bindi Sue. pic.twitter.com/ZmTSVdzp4a

As IMDb reports, the Irwins established a TV empire in the following years, starring in The Crocodile Hunter, several spinoff shows, and a movie. They also welcomed two children, Bindi and Robert, born in 1998 and 2003. Tragically, Steve died in 2006 from a stingray accident.

What is Terri Irwin’s net worth now?

At the time of his death, Steve’s net worth was around $10 million, according to Celebrity Net Worth, primarily from his TV work. While rumors circulated in the following years that the Australia Zoo in Queensland, the Irwins’ passion project, faced financial problems, those rumors proved false. To this day, the zoo is still running with the help of Terri, Bindi, and Robert.

These days, Terri is still quite successful, with a net worth of $10 million, reports Celebrity Net Worth. She’s also back on small-screen, with a featured role on Animal Planet’s reality TV series Crikey! It’s the Irwins, which has aired since 2018. Both Bindi and Robert are actively involved in the show as well as in day-to-day operations at the Australia Zoo.

Terri Irwin and her children are working hard to protect wildlife

Bindi Irwin has become a celebrity in her own right. She’s appeared …read more

IRVINE  — Police have arrested a Southern California woman for investigation of poisoning her husband. This photo provided by the Irvine Police Department shows 45-year-old Yue Yu who was arrested late Thursday, Aug. 4, 2022, for poisoning her husband. Police in the Orange County city of Irvine, Calif., say a man reported he believed he […]

SAN JOSE — Widening woes in the tech sector such as job cuts have hobbled efforts to land a big tenant for a brand-new San Jose office building next to Santana Row, real estate executives said Thursday. Despite the current short-term lease challenges for the One Santana West complex, the long-term prospects remain bright for […]