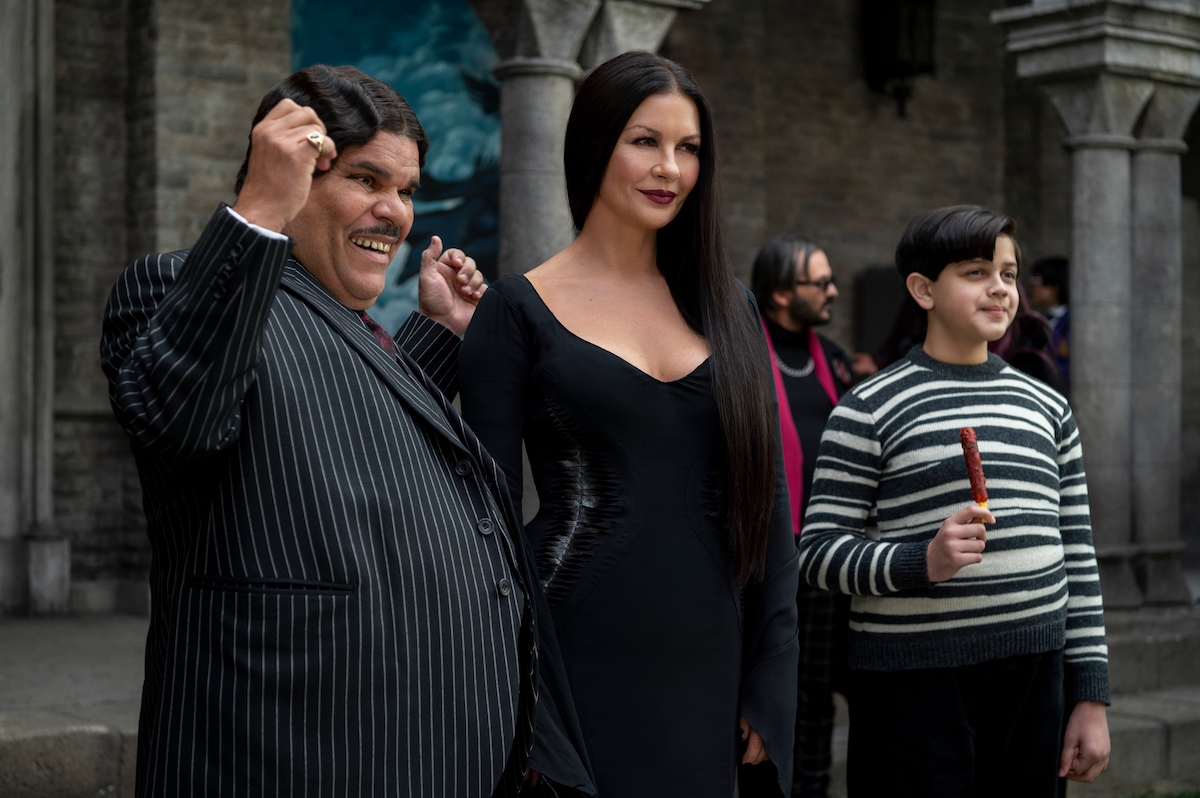 It’s Family Day at Nevermore Academy, which means the Addams Family is back together again in Wednesday Episode 5. Gomez (Luis Guzmán), Morticia (Catherine Zeta-Jones), Pugsley (Isaac Ordonez), and even Lurch (George Burcea) pay Wednesday (Jenna Ortega) a visit, during which they uncover several truths that make this Netflix mystery clearer.

[SPOILER ALERT: Spoilers ahead regarding Wednesday Episode 5, “You Reap What You Woe.”]

Does Eugene Otinger die in ‘Wednesday’ on Netflix?

Eugene Otinger (Moosa Mostafa) becomes another one of the monster’s victims in Wednesday Episode 4. However, episode 5 reveals that Eugene is alive and in a coma in the hospital.

Wednesday claims she doesn’t have friends, but visiting Eugene becomes part of her daily routine. After all, she was supposed to be with him that night when he got attacked.

Outside of Wednesday’s work to uncover who or what the monster is that’s killing people in Jericho, she’s curious about her parent’s past at Nevermore. Morticia and Gomez met and fell in love there, but they were also part of a student’s grisly death. It’s not until episode 5 of Wednesday that we get the full story — and then the truth — about what happened to Garett Gates (Lewis Hayes).

When Morticia was attending Nevermore, Garett developed an obsession with her to the point where he would stalk her. Believing Morticia was in danger and wanting to protect her, Gomez intervened the night of the Rave’n Dance in 1990.

After the coroner, who conveniently “blew his brains out” in Wednesday Episode 4, admitted to fudging Garett’s autopsy, Gomez is arrested. While in prison, he tells Wednesday he’s to blame for Garett’s death. But in reality, Morticia killed Garett. As she reveals to Wednesday in The Nightshade’s meeting library, she stabbed Garett with the sword that night — Gomez took the blame to protect her.

Like any morbidly curious mother daughter duo, Morticia and Wednesday bridge the gap in their relationship and go grave digging together in episode 5. When they dig up Garett’s coffin, I admittedly thought they’d find it empty, proving he’s the monster killing people. But alas, his rotted corpse was there and mostly in tact.

RELATED: ‘The Addams Family’: Stream Every Iteration of the Kooky Family Before ‘Wednesday’ Release

That is, until Wednesday pulled one of his fingers off. After hearing Morticia’s recount of Garett’s death, Wednesday doesn’t think Garett was acting out of rage at all. “Foaming saliva, dilated pupils, mental confusion — what are those all textbook symptoms of?” she asks her mother.

As revealed in another detailed vision Wednesday has in episode 5, Ansel Gates (Philip Rosch) despised the outcasts who attended Nevermore. He was likely more than repulsed …read more

Evan Peters | Daniel Zuchnik/Getty Images Peters plays one of the memorable villains, Tate Langdon, who debuted on AHS: Murder House (Season one). Fans love Tate, at first, until we get to know him better. We realize he was a high school mass shooter and is now a ghost. But fans still like the troubled […]

Storm tracker map: Where it’s raining in the Bay Area

The heaviest rain in the storm arriving Thursday is expected to reach the Bay Area during the morning commute, the National Weather Service said. In the Sierra Nevada, heavy snow is expected Thursday from morning to evening — up to 3 inches of snow per hour. The best time to travel is Friday afternoon to […]

Shailene Woodley Believes in Trees; ‘My Religion Is the Earth, Man’

Shailene Woodley | JULIEN DE ROSA/AFP via Getty Images Shailene Woodley is passionate about food and environmental sustainability A big way that Woodley shows up for the planet is by eating in a sustainable way. When filming projects, the actor doesn’t take advantage of Craft Services. Instead, she chooses to bring her meals from home. […]